With all the time in our hands right now, some are turning to various Facebook groups to ease their boredom and connect with people—the kind of socializing we get these days. From “Online Rambulan” where you can try to release your repressed rage and trash talk your nemesis to “Subtle Clown Traits” where you can share posts about your “clownery” or times you’ve acted “like a damn fool” for someone you like, there’s a Facebook group where you’d surely belong.

And if you’re thinking of ways to make use of your extra time, why not try pretending to be an ant in an ant colony where everyone is helping one another and being there for each other — an ant trait we all need to practice especially in a time of a global crisis.

Quarantine Day 31: I joined a Facebook group where we all pretend to be ants in an ant colony pic.twitter.com/FjIO9vtonl

Joining “A group where we all pretend to be ants in an ant colony” would make you feel as if you’re in an alternate universe where everything is so much bigger, your group of friends would have to lift a grain of rice, and basically, you’re living inside the animated film “A Bug’s Life”.

To become part of the colony, you’d have to answer a few questions and abide by the group rules from the “ANTmins”. Once you’re in, you can share your ant-related dilemmas, ask the colony for help, (or help the OP by doing what an ant does: LIFT, HELP, BITE, FLOAT, RUN, and so on) but you can never ANTagonize “The Queen”. The rule is, protect her at all costs. 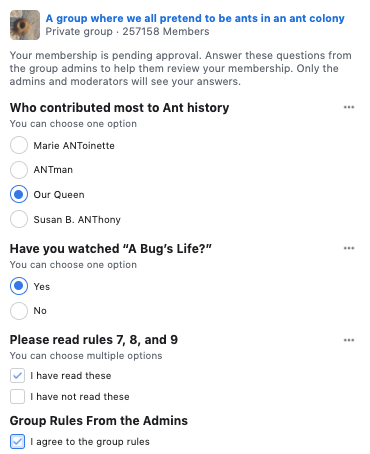 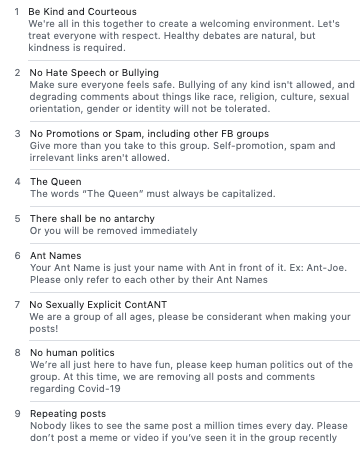 If you think that ants don’t have an electoral process in choosing their Queen, then you might have to think twice. On March 2, it was announced that Bernie SANTers won the 2020 election and will rule the ANTminstration as the new Queen. 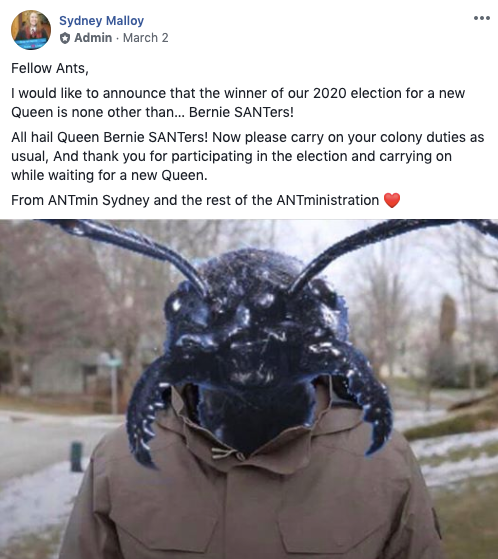 Here are some of our favorite posts from the group: 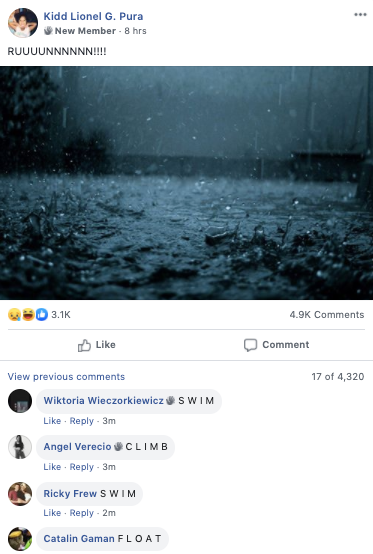 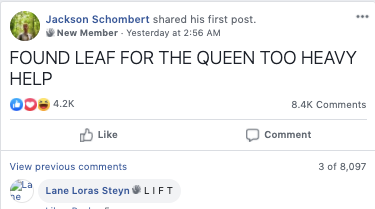 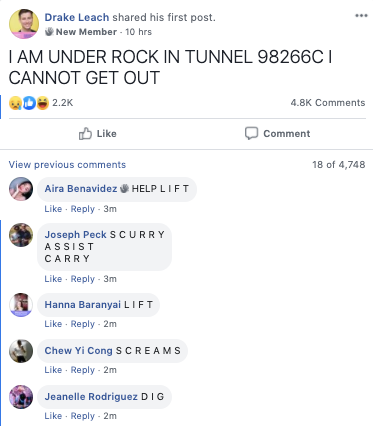 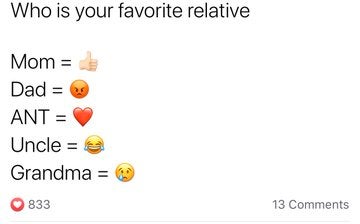 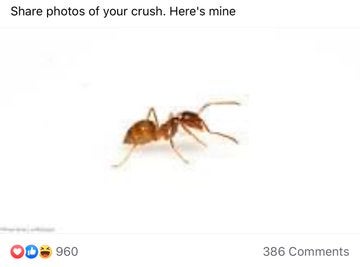 Ants are one of the most systematic creatures on earth and we can all learn a thing or two from them and how they’re always there for one ANTnother. If there was a time in your life where you’ve wondered “What would it be like if we’re all ants”, now is your chance to play the role of an ant. Just try your best not to get stepped on.

A group where we all pretend to be ants in an ant colony
Ant colony
Ants
INQPOP! Stories we think you might also like: