Welcome to Maison du Noix!: Man builds a mini restaurant for stray animals in his backyard

During the lockdown period, we are not the only ones who are greatly affected by the changes caused by the “new normal.” And if you have been following the news lately, wild animals also wander through empty streets and communities looking for food as tourist arrivals decline due to the COVID-19 crisis.

This reality pushed animal lover James Vreeland (from Michigan, United States) to help in feeding the squirrels and birds who frequent his backyard. Compared to other people who would just leave a bowl of food at their doorstep or in the yard, this man upped his game by building a tiny restaurant for local wildlife. Yes, that extra. 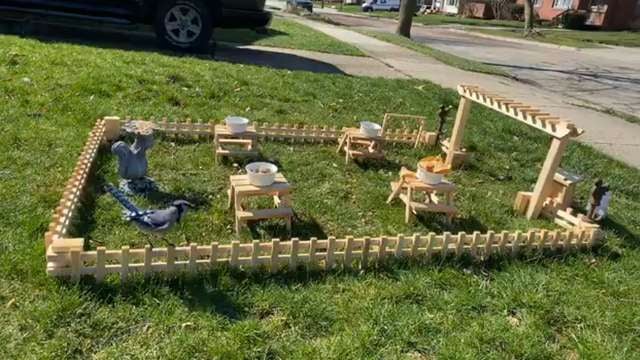 The luncheonette, which he crafted himself, consists of mini benches, a fence, and an inviting entrance. In order to create a classy ambiance, Vreeland also named the restaurant, Maison du Noix or “The Nut House” in French. (For some reason, everything in French always sounds fancy.)

Apart from its comfortable vibe, this open-air restaurant also offers a special menu. 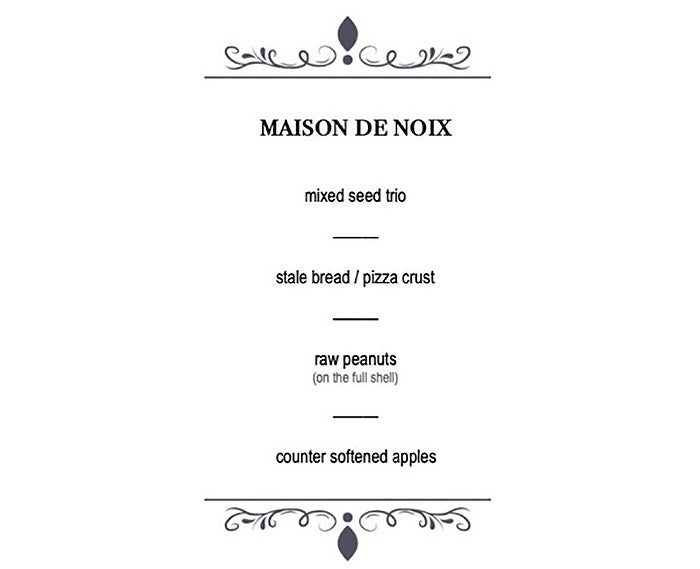 “We’ve been offering an opening course of a seed medley, followed by peanuts on the full shell, house-cut bread sticks, and a dessert of counter-softened apples,” Vreeland told The Dodo. 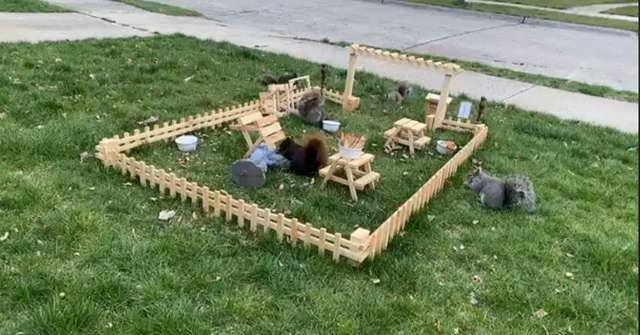 Just when you thought this idea is nuts, Vreeland even set up a camera outside his home so his family and neighbors can watch the animals via Facebook Live.

“The response from humans has been pretty great with people stopping all the time to take a photo or watch the frenzy,” he explained.