When it comes to mainstream Asian music, one of the most popular and most noted genres today is Korean Pop Music (K-Pop). And it’s not surprising, as K-Pop groups like BTS, EXO, and BLACKPINK continue to gain international fame–further highlighting the artistry and uniqueness.

Although K-Pop–in its own right–deserves to be recognized, there are a lot of well-written Asian songs that seem to be overshadowed by the music genre’s increasing popularity. That is why online user Lily Jin decided to create a Spotify playlist that features music from other Asian countries.

“K-Pop is super big right now, but I felt that other Asian music scenes were overlooked because of that. I wanted to make this playlist to highlight music from Asian countries that don’t get as much global attention. These countries have really great musical talent that I wanted to share with others,” she tells POP! 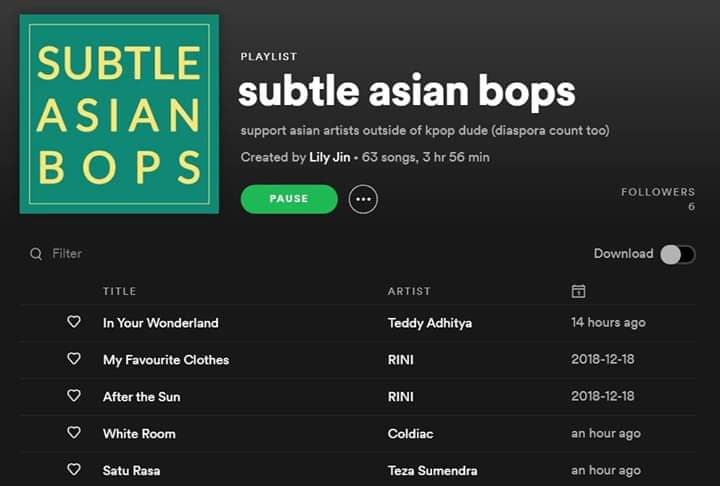 Moreover, the playlist is not only limited to pop music, but it also contains a variety of different genres.

“There’s a little bit of everything. There’s indie, alt, r&b, pop, hip hop, EDM. I normally listen to a variety of genres so it was just natural for me to include a mix of everything,” she explains.

She hopes this playlist can highlight the music of other countries and thrust it into the spotlight of the international music scene.

For those interested in listening to her song picks, you can do so by visiting the playlist on the music streaming platform. And to get you started on finding your next favorite tracks, Jin recommends the following songs: ‘4 AM’ by Bil Musa, ‘tere bina’ by Zaeden, ‘Slow Down’ by Taichi Mukai, ‘Curriculum Vitae’ by A. Nayaka, ‘Fighter’ by Prateek Kuhad, and ‘My Favorite Clothes’ by Rini.

Propose to your ‘Kirby’ lover with these adorable engagement rings