Six international writers have been shortlisted for this year’s prestigious literary prize, which is awarded to the best book translated into English and published in the United Kingdom or Ireland.

The contenders of the International Booker Prize, who are mostly women for the second year in a row, were announced on April 2 in London.

“Each of our shortlisted books restlessly reinvents received narratives, from foundational myths to family folklore, plunging us into discomforting and elating encounters with selves in a state of transition. Whether capturing a deftly imagined dystopia or incandescent flows of language, these are tremendous feats of translation, which in these isolating times, represent the pinnacle of an art-form rooted in dialogue,” Ted Hodgkinson, chair of the judges, said of this year’s shortlist in a statement. 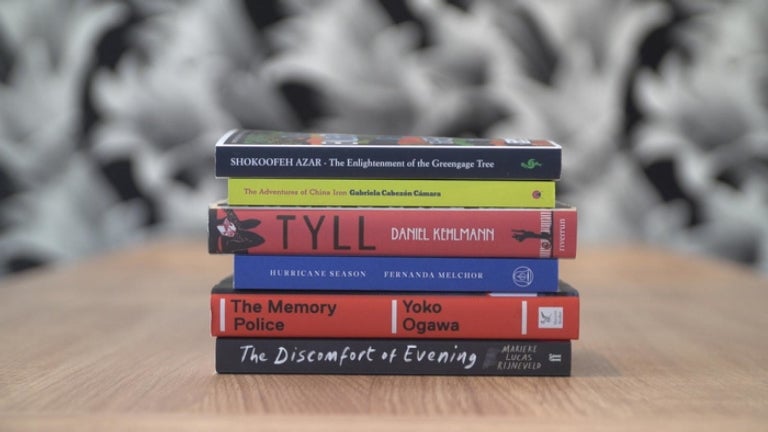 Daniel Kehlmann’s “Tyll” is among the books running for the £50,000 (over $61,000) prize, each of which are described by Hodgkinson as “examin[ing] humanity’s need to understand the world through narrative.”

Kehlmann’s novel, translated by Ross Benjamin from German, follows the trickster Tyll Ulenspiegel as he travels across Europe during the Thirty Years’ War.

This historical novel, which sold over 600,000 books in Germany alone, is currently being adapted into a series by Netflix.

Also inspired by her nation’s history is “The Enlightenment of the Greengage Tree” by Shokoofeh Azar, which was translated from Farsi by a writer who is remaining anonymous for security reasons.

The novel is narrated by the ghost of Bahar, a 13-year-old girl whose family is compelled to flee their home in Tehran for a new life in a small village after the Islamic Revolution of 1979.

Also in the running for this year’s International Booker Prize are Gabriela Cabezón Cámara for “The Adventures of China Iron”; Fernanda Melchor for “Hurricane Season”; and Yoko Ogawa for “The Memory Police”, which was a finalist for last year’s National Book Award for Translated Literature.

Meanwhile, Dutch author Marieke Lucas Rijneveld has become the one of the youngest authors to be shortlisted for a Booker prize for their debut “The Discomfort of Evening”.

The novel, translated by Michele Hutchison from Dutch, tells the story of Jas as her family breaks apart after her brother dies in a skating accident.

The winners of the 2020 International Booker Prize will be announced on May 19.

They will follow in the footsteps of Omani author Jokha Alharthi and American translator Marilyn Booth, who won last year’s prize for “Celestial Bodies”. JB

Margaret Atwood shares book recommendations for your time in self-isolation