Tyrone Holman located the ring while using his metal detector in Occold, England as per the East Anglian Daily Times on March 30. The ring belonged to a senior citizen named John Hewitson.

After digging it up, Holman noticed that it had the phrase “With love, Christiane” engraved along the ring’s inner side. He then asked Chris Hull, the owner of the farm he found it on, for help.

Chris remembered that their previous neighbor had the same name as the one on the ring and his wife Leslie got in touch with her.

“We couldn’t believe it,” Christiane, John’s wife,  said in the report. “I received a very puzzling email completely out of the blue from Leslie Hull, who used to be our neighbor many years ago whose family own the farm. Myself and Leslie were both on the WI together and were close friends.”

Christiane knew the ring belonged to her husband when Leslie asked if the date “9/9/1967” meant something to her. Christiane explained that it was the day of their wedding.

After the ring was returned to John and Christiane, Holman said he has “never found anything quite like it” in his 10 years of metal detecting.

“There is lots of history in the ground and I was so pleased to be able to return it to John and Christiane, they were chuffed to bits,” he added.

Meanwhile, Hull said in the report, “You just can’t replace something like that with sentimental value. It really is such a lovely story.” JB

Man robs bank to pay for wedding ring and venue, urged by bride to surrender 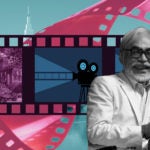 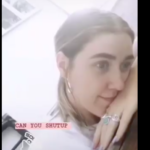