Last February 7 to 8, hip-hop and rap fans enjoyed an exciting lineup of performances at the FlipTop Festival. Held at the Aseana City Concert Grounds in Parañaque City, Metro Manila, these festivalgoers enjoyed a series of activities prepared by the event organizers. One of which includes spray painting sessions with a couple of artists.

As the night drew in, visitors enjoyed epic performances from their favorite rappers. This included artists like Sak Maestro, Hash One, G-Clown, Rapido, Mike Swift, Flict-G, and Dello.

In case you missed this celebration of hip-hop and rap music, here are the photo highlights: 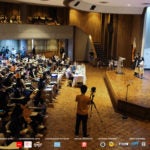 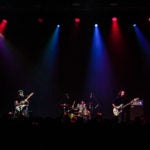