This February 2020, we are inviting you to pack your bags and book your tickets and #ExperienceEsteban as we return to the magical island set just at the heart of the University Belt.

The musical is an adaptation of Gabriel Garcia-Marquez’ best-loved tale of discovery, hope, and change, “The Handsomest Drowned Man in the World.”.

“Ang Pinakamakisig sa mga Nalunod sa Buong Daigdig” follows the lives of the inhabitants of a desolate island who, while living uninteresting lives and desperately trying to break the monotony of their every day, suddenly come across a dead body washed ashore. The Pipi, our main protagonist, saw it first. Through a panic, she tried to inform the other residents, but no one paid her mind until the Ipokrita finally saw what she was pointing at underneath the sand. She then called on the other residents and now this discovery filled the town with dread, fear, and disgust. Watch as the townspeople battle their instincts and fight amongst themselves on what to do with the dead body who, as they later discovered, was the most beautiful creature they have seen.

As part of Dudz Terana’s decade-long leadership in the FTG, the cast, who are now proud alumni of the organization, have independently produced the musical all with the goal of giving back, passing on the legacy, and committing their lives to the practice of the art. In partnership with FEU Theater Guild and FEU’s President Committee on Culture (PCC), the alumni embarked on a journey then again to go back to the magical Isla Esteban. The musical play will be the first of the series of productions by the BoxStage Manila. 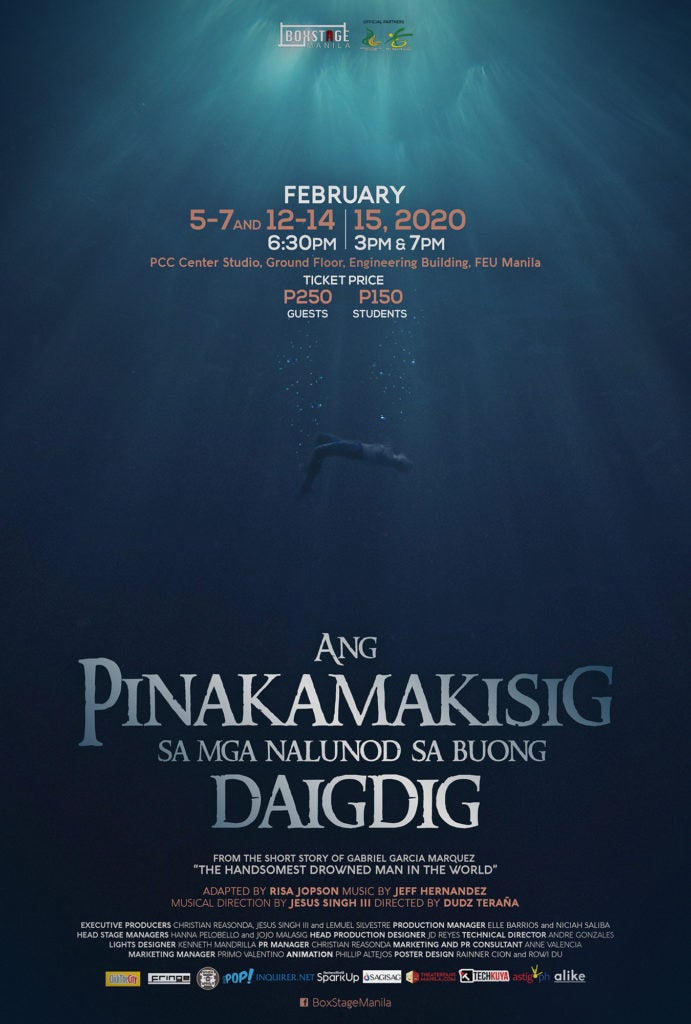