Follow us:
Fran Clark (M) filled 500 shoeboxes with goodies to given as gifts to kids and homeless people. Image: Facebook/Brunelcare

Grandma fills up 500 shoeboxes with gifts for kids, homeless on Christmas

A generous 80-year-old grandmother is being hailed as her care home’s real-life Santa Claus, for preparing 500 shoeboxes filled with various goodies to be given out to kids and homeless individuals in Bristol, United Kingdom.

Fran Clark has been living at a care home for nine years which she said initially made her feel lonely, the charity organization Brunelcare stated on its website on Dec. 1. But this lady found a new purpose in her life through her shoebox project. 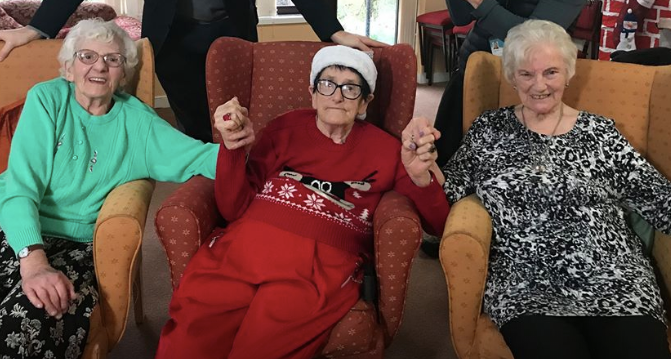 Fran Clark (M) filled 500 shoe boxes with goodies to be given as gifts to kids and homeless people. Image: Facebook/Brunelcare

“My son used to live opposite me, so him and my grandchildren used to come over every day, but once I moved they couldn’t visit me as often,” Clark said.

The whole project started when she saw a call for donations in a magazine four years ago.

“I initially felt lonely, but then I saw an advertisement about a shoebox appeal in a church magazine and I thought it was a great idea,” Clark recalled.

Inside the boxes are essentials like toiletries and knitted clothing items Clark made herself. There are even playing cards. The ones for children contain toys, books and art materials.

Clark has her very own room in ABC Centre where she spends an hour each day wrapping and making charity donations throughout the entire year.

Since Clark started her project four years ago, friends and workers at the care home also started helping the grandmother source out items and wrap the gifts. A local shoe shop also donates their boxes to Clark, as per The Independent on Dec. 13.

Clark’s shoebox donations are collected by charities and distributed to homeless shelters and children’s organizations in the area. JB