The six-time Grammy Award nominee and four-time American Music Awards winner is set to bring his much-awaited tour to Manila on April 2, 2020 at the Mall of Asia Arena. The Asia Tour 2020 includes stops in Bangkok, Singapore, Jakarta, Kuala Lumpur, Tokyo, Seoul, Mumbai and Bangalore. One more city to be announced soon. 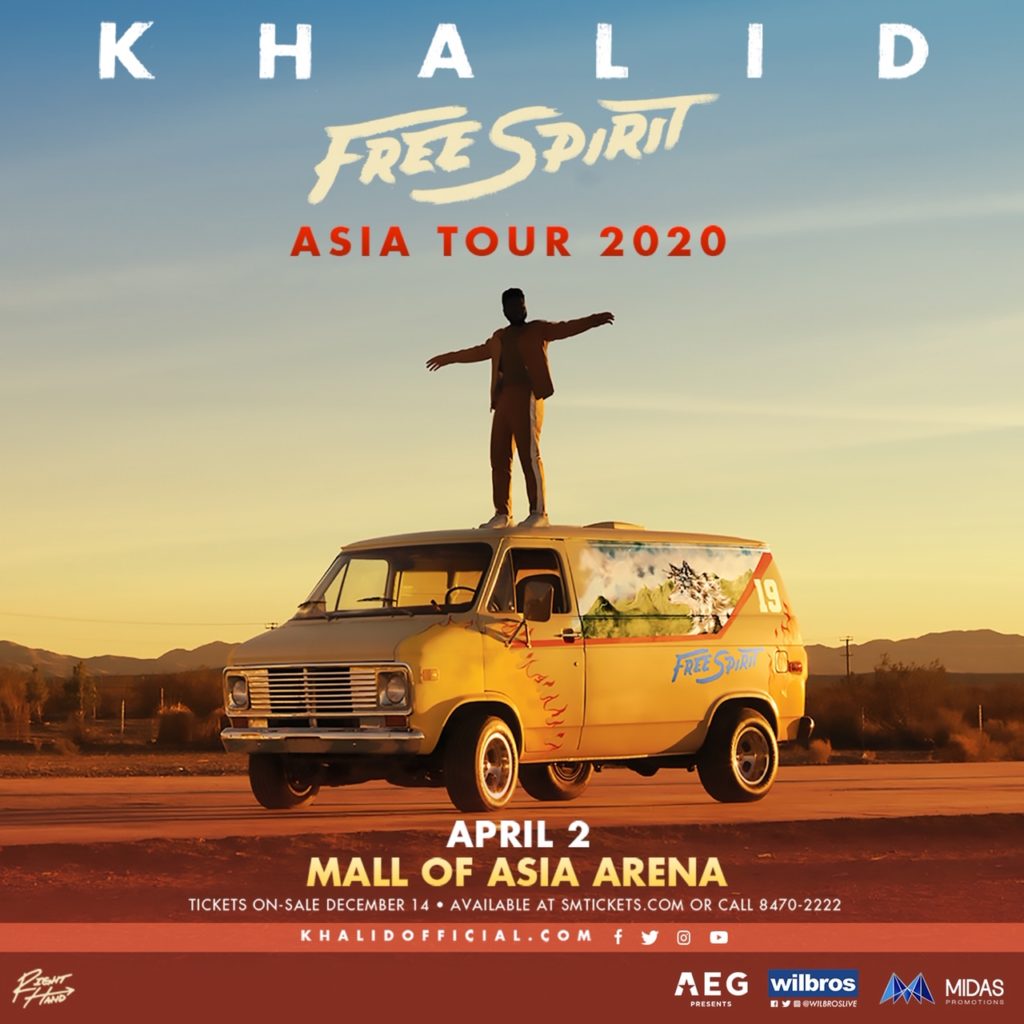 Since releasing his debut hit single ‘Location’ in 2016, which went on to go quadruple platinum, Khalid has continued to cement his global status as one of music’s most promising breakout stars. Already accumulating a stellar array of awards and wins from the likes of MTV, Billboard and BET, his Asia tour offers his legion of loyal fans a chance to experience his latest musical offering.