Filipino fans swooned over K-pop and K-drama idol Cha Eun-woo during his “Just One 10 Minute,” his first fan meeting in the country that was held at New Frontier Theater last October 26, 2019.

Cha Eun-woo opened the show by recreating his iconic look in Rookie Historian Goo Hae-ryung as Prince Dowon Yi Rim while singing the series’ OST. Hosted by Sam Oh, the fan meeting got more exciting as they revealed the segments wherein Cha Eun-woo needed to accomplish a certain task so he could proceed on to the next challenge.

The first Q&A segment, which was called “Challenge! CHA-Pago,” put Cha Eu-Woo’s memory to the test. The host asked a series of questions to see if he could recall the scenes and lines from his recent drama series. Followed by Cha Eun-woo’s Much Information (C.M.I.), where the 22-year-old actor revealed some of his unique traits, as well as, the things that he likes a lot.

They also challenged Cha Eun-woo’s athletic abilities to “Mission CHA! Possible.” In this segment, he was asked to shoot at least 15 balls in 100 seconds. He would be penalized if he failed to finish the challenge.

Instead of 15 balls, he was able to shoot 16 within the time limit. After accomplishing the task, he gave out 15 signed basketballs to 15 lucky AROHAs. However, Cha failed to finish shooting 7 soccer balls in 60 seconds. As a punishment, he was asked to do aegyo poses for the “Be Mine” song.

Curious about the surprise?

Aside from giveaways, Cha also surprised his fans with his own versions of Justin Bieber’s “Love Yourself” and Ben & Ben’s “Kathang Isip”, which only left his fans amazed and of course, kilig over the actor’s stage presence.

Towards the end of the show, our oppa made a special gift for his fans during the “Made by Cha Eun-Woo segment.” Although it was his first time to create handmade dreamcatchers, our idol did his best just so he could help in “catching” the nightmares of his AROHAs.

“I made a dream catcher for you guys to have a good night’s sleep instead of having nightmares since most of you [considered] sleeping as a relaxing time. So, I hope I made you guys happy.”

Before he finally bade goodbye to his Pinoy fans, Cha sang “Rainbow Falling”, a song from his recent Korean drama, “My ID is Gangnam Beauty.”

Is it really goodbye?

Even though his Manila tour is over, Cha Eun-Woo promised his AROHAs that he will come back soon. But for now, he assured that he will always remember all the love and support that he has been receiving from his fans ever since he started.

Cha Eun-woo’s ‘Just One 10 Minute’ was presented by Wilbros Live./TV 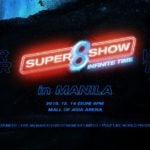 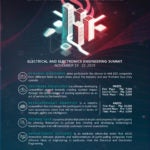