Follow us:
Tourists sunbathe as others swim on the "Spiagge Bianche" (white sand) beach in Rosignano Solvay, a town in Italy's central Tuscany region, on July 31, 2019. - The white sand and his unusual Caribbean appearance is not natural, but due to production waste from the Solvay chemical plant in Rosignano Solvay, which produces basic chemical products such as sodium carbonate, bicarbonate, hydrogen peroxide, calcium chloride and chlorine. Image: AFP/Vincenzo Pinto

Lovers of Tuscany’s ‘paradise’ beach have factory to thank

Holidaymakers splash in the turquoise waters of the Rosignano Solvay beach in Tuscany and laze on its pristine white sands — most of them fully aware that the picture-perfect swimming spot owes its allure to a nearby factory. 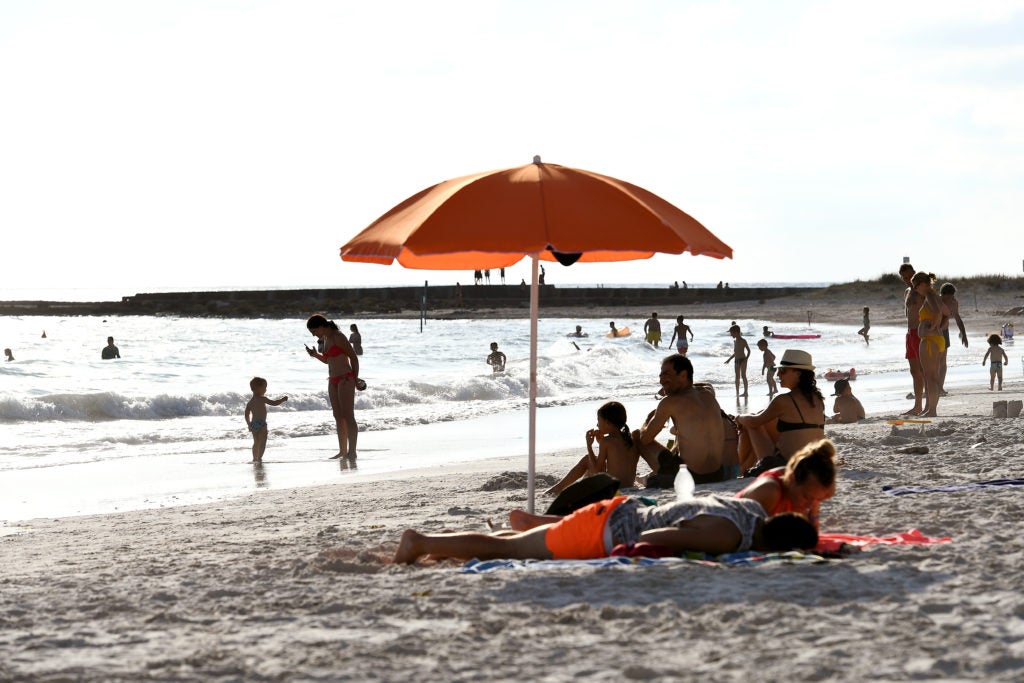 “I discovered it on Google Maps,” said Dutch tourist Lieuya, who traveled to the beach with his family to enjoy a setting more reminiscent of the Caribbean than of northern Italy.

“I was told it’s not dangerous, that the color comes from the soda factory next door,” he told Agence France-Presse (AFP).

Questions have lingered for decades over why the sea and sand are such startling colors — with some environmentalists suggesting the phenomenon is caused by heavy metals emitted by the nearby plant.

The beach, about four kilometers long, is named after the Solvay factory, which produces soda ash for making glass as well as sodium bicarbonate, or baking soda. The plant strenuously denies polluting the surrounding coastline. 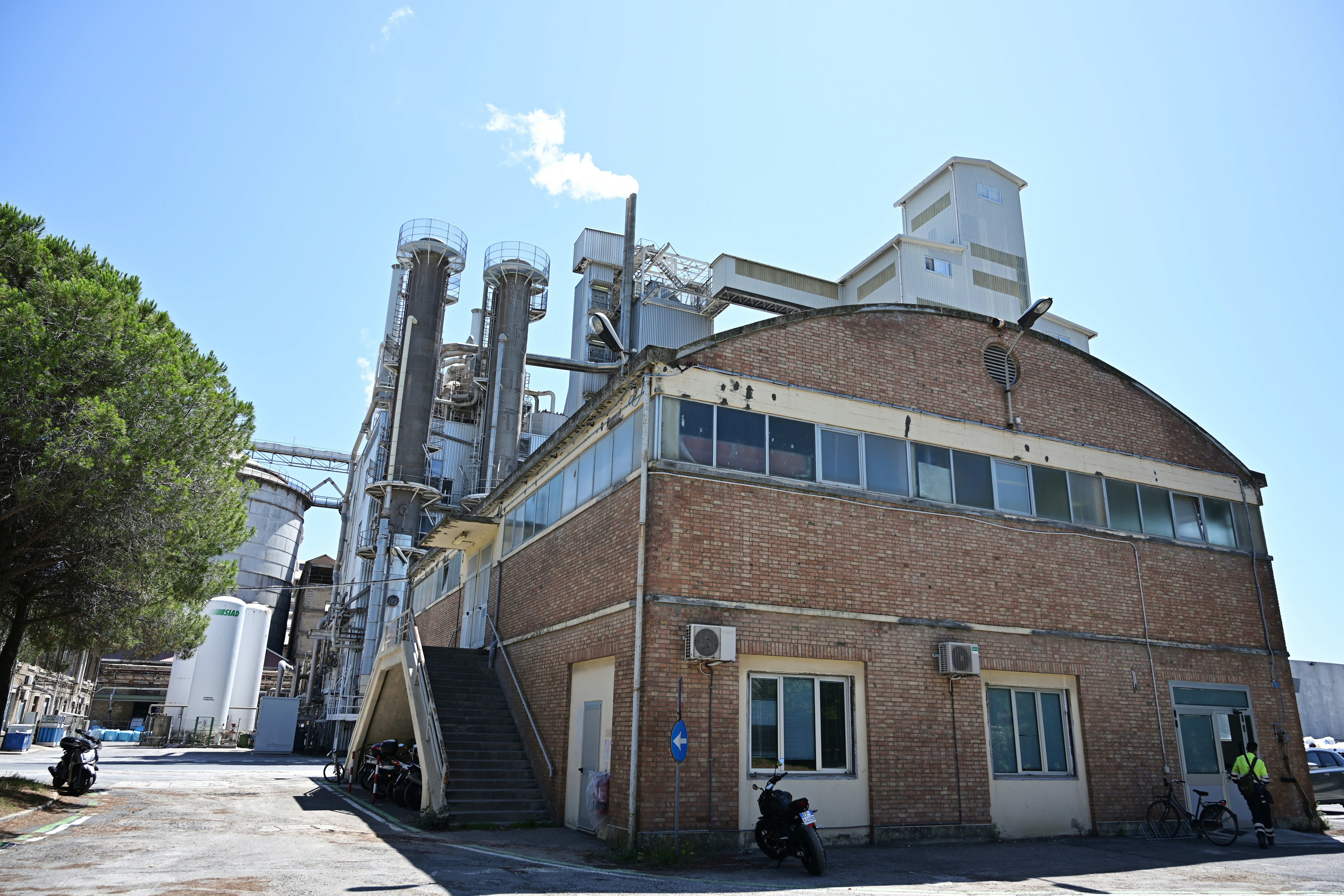 Tourists taking a dip or settling down in beach chairs for a light pasta lunch are not worried about the striking contrast between the waters by Rosignano Solvay beach and those of the nearby Monte alla Rena beach.

“Every time I come here, I think that if swimming is allowed by local, regional and national authorities, we can believe them when they say that the water is clean,” says Italian teacher Marina, who declined to give her last name.

A notice from the regional environmental protection agency Arpat at the beach entrance says the water quality is “excellent.”

Swimming is banned along a small stretch of the beach, but that is because of a strong current in the area.

The plant, some 25 kilometers south of the port city Livorno, opened at the start of the last century and a new town — Rosignano Solvay — sprang up to house workers and their families.

Today, the global chemical giant operates in 61 countries and boasts some 24,500 employees.

Reflection of the sky

“Solvay was like a mother to this area of Tuscany. We called it ‘mamma,'” Leonardo Martinelli, a journalist born in the town and whose mother worked at Solvay for half a century, told AFP.

Belgian industrialist Ernest Solvay, the plant’s founder, guaranteed “well-being” by opening a school, a hospital and a theater.

The factory has ensured “the unemployment rate has always been low,” he said.

The group’s industrial director Davide Papavero told AFP the company respects all the “rules of a high-risk site.”

“The plant only discharges powdery deposits of limestone, a harmless substance that is safe for the environment, that explains the white color of the sand,” he said.

The startling blue of the water is caused by the reflection of the sky against the white seafloor, Papavero added. 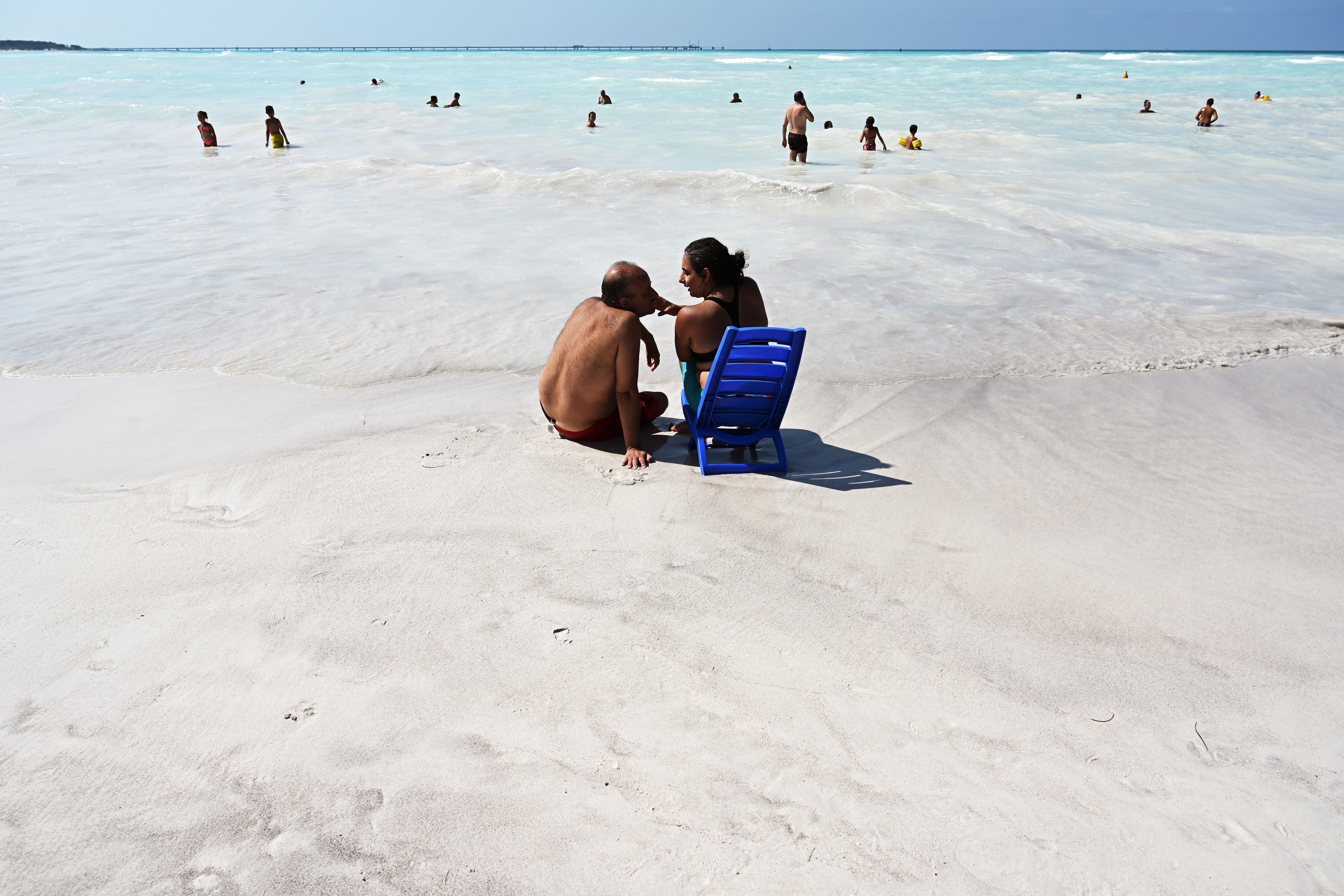 A couple sits on the sand as people swim in the sea next by the beach in Rosignano Solvay. Image: AFP/ Vincenzo Pinto

Local mayor Daniele Donati also insists the plant’s activities “do not pose any health problems.” But Maurizio Marchi, from Italy’s Medicina Democratica health association, says the plant is a blight.

“The reality is that for a century, this place has been a Solvay landfill, an industrial landfill,” Marchi insists.

Environmentalists have also deplored the gutting of limestone hills near San Vincenzo and the mass extraction of rock salt.

Manolo Morandini, a journalist with local daily Il Tirreno who has written extensively on the subject, says Marchi’s concerns would once have been valid, but no longer.

“In the 1980s it was indeed a toxic beach. But the production cycle that used mercury and heavy metals has been changed,” he said.

He says the famous white beach is nothing more than an “artificial” construct — one which nonetheless offers holidaymakers a slice of paradise. RGA/JB