Our horror short film, 9023, is available online! The film which counts 50 Official Selections in several prestigious International Film Festivals, 4 International Awards and screenings in more than 20 countries around the world is now free on the Internet! 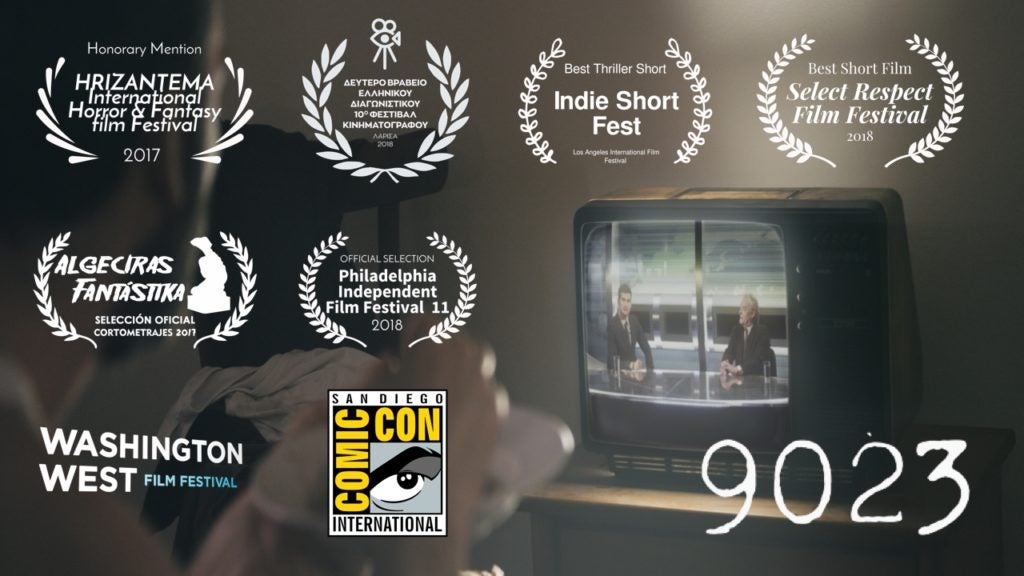 The film takes place in a dystopian present, in which, due to a severe nationwide famine, the government allows non-productive citizens to be eaten. 9023 is an allegory of today’s political crisis of western world. The story helps us enter into a world that is based on an extreme situation: cannibalism. In order to do this, the film uses everyday-life conventions, while maintaining a touch of exaggeration, which is the base of this dystopian present. Even if it sounds something repulsing and distant, at the same time, 9023 is working like a caustic commentary on the current situation on almost every country of the western world.

While 9023 continues its screening at international film festivals, its creators decided to leave it free on the internet in order to communicate with a wider audience. The film premiered at Washington West Film Festival in the United States, was an official selection at Comic-Con International Independent Film Festival, one of the biggest pop culture events in the world, and was included in the official program of the Macabro Film Festival in Mexico, the world’s biggest horror festival.