Like other ancient cultures, the Philippines has a long and rich oral literature even before Spanish navigators set foot on its shores. Variations of these phantasmagorical stories appear in different regions throughout the archipelago. Old legends were passed down through generations by word of mouth, like the Hudhud chants sung by Ifugao tribal poets during festivities, to the Ilocano epic Biag ni Lam-Ang, an extensive poem that lived on tongues before allegedly written down by the blind troubadour Pedro Bucaneg.

Similarly, stories of mythical beings abound in the oral tradition, steeped in the animist practices of early Filipinos – the belief that living and non-living things have a spirit, and are therefore part of both visible and invisible worlds. Some anthropologists think these creatures were only conjured by foreign invaders to strike fear in the hearts of Filipinos or put them into submission. However, Spanish records stated that these stories predated Hispanic era, extending far back to the 9th century.

Here are some of the mythical creatures in Philippine folklore:

Towering more than 7-feet, a kapre is a cigar-smoking giant that dwells in huge trees, like mango, acacia, and balete. They are considered as gentle tree spirits who don’t harm people, but instead observe and watch them from atop their dwellings. Sometimes, they enjoy playing pranks on humans, like hiding objects and utensils. They have dark skin and long black hair, reminiscent of the Bigfoot from North America or Yeti from Tibet.

Trivia: A 200-year-old balete tree on the grounds of the Malacañang Palace is said to be resided by a kapre named “Mr. Brown.” In 2011, President Benigno Aquino declared it as a “Heritage Tree,” to be given special care by volunteer groups and individuals.

Engkanto is the general term for environmental spirits endowed with human form. They possess extremely beautiful, fine features, albeit with one or two flaws: sometimes, a missing philtrum (the vertical dent in the upper lip) or pointy ears. The term Engkanto originates from the Spanish verb encantar which means “bewitched” or “spell-bound.”

Engkantos live in different places: in rocks, caves, mounds of earth or huge trees, like the balete. Some people report seeing the dwelling place of engkantos as magnificent palaces and mansions, replete with rich ornaments and luxurious amenities. At night, others hear the clinking of silverwares inside trees and caves, signaling the presence of these enchanted beings, who were thought to be eating supper.

A nuno is widely described as a wizened, old man with flowing, white beard, wearing a salakot (traditional wide-brimmed rattan hat). Standing only a foot tall, these short forest spirits live in earth mounds or ant hills. Children in the provinces are taught by elders to whisper “Tabi-tabi po” when passing wooded areas so as not to disturb these creatures. They say that after uttering the warning, one should pause for a while to give the nuno enough time to stray from the path.

The term “diwata” is said to have evolved from the Hindu term “devata,” which means deity. Historians say the diwata in Philippine folklore largely originated from the Devatas in Hinduism, introduced by early Indonesian merchants from the Majapahit Empire who traded with pre-colonial Filipinos.

In Philippine mythology, diwatas are spirits or goddesses who act as protectors of mountains and forests. Some of the most popular diwatas are Mariang Makiling (of Mt. Makiling in Laguna), Maria Cacao (of Mt Lantoy in Cebu) and Maria Sinukuan (of Mount Arayat in Pampanga).

Diwatas have the power to create or stop natural calamities like storms, earthquakes, and deluge. They are always on guard against trespassers who want to destroy their natural abode. According to Lagunenses (Laguna natives), if you observe Mt. Makiling from afar, you’d notice that the mountain’s rolling contours resemble the figure of a reclining woman. They say that woman is Maria herself, watching all denizens from atop the summit.

A tikbalang is a half-human, half-horse creature similar to the Greeks’ centaur, but with reversed anatomical features – it has a horse’s head and a man’s body.

Tikbalangs, like kapres, don’t usually hurt people, but they like to play mischievous tricks, such as causing travellers to get lost in the forest. A common practice in the provinces: If you get lost in the woods, reverse your shirt and put it on again. Elders say it’s the way to counter a tikbalang’s prank.

While some anthropologists think that these stories are tools of colonizers to control the behavior of Filipinos, it doesn’t seem plausible from a scholarly standpoint, as evidenced by the presence of these tales from pre-colonial times. This suggests that for our ancestors, story-telling was a way to explain and interpret the world, an almost purely philosophical enterprise. 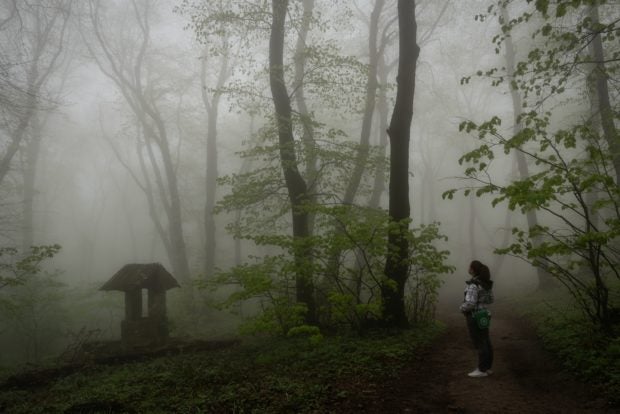 So why would our ancestors create these kinds of stories? It could be a combination of many factors: environmental (people create stories that reside in their own environment, and most of these mythical creatures reside in nature –  either in trees, mountains, forests, rivers, rocks), spiritual (animism dictates that all things have a spirit, and are therefore, alive, especially nature) philosophical (making meaning out of the world’s phenomena, the deepest questions about life, and interpreting it using one’s judgment) evolutionary (stories imported from other nations were given a local context), and moral reasons (preserving a certain way of action or code of conduct).

Whatever the reason may be, one thing is certain: These aren’t just stories we tell to amuse children, but could serve as a reminder or guiding post for our values, instructing us on how to live a conscious life – in harmony with nature and our own people. 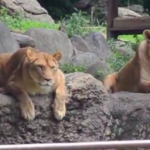 These lions seemed unimpressed with this Zoo’s ‘escape lion drill’ 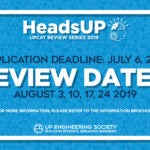