A kitten survived a 40-mile journey after hiding and getting trapped under the hood of a man’s car in Brighton, United Kingdom.

Kaylie Banks, the owner of the kitten named Chi, noticed that the animal was nowhere to be seen after she returned to her home after work, as reported by Sky News last Saturday, June 23. 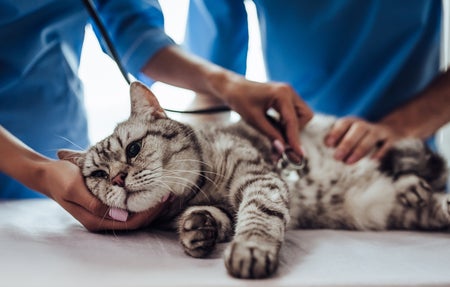 The 30-year-old stated that one of her neighbors had discovered the animal under his car’s hood when he heard “noises coming from the engine,” while he was driving home.

“She was very stressed and he had to take the grill off the front of the car to get her out,” Banks was quoted as saying.

The one-year-old kitten was taken to a hospital run by PDSA, a veterinary charity in the U.K., and was given pain relief medicine, while a veterinarian assessed the wounds and burns on her body.

“Chi’s wounds needed to be cleaned and repaired under anesthetic. There was a large amount of dead tissue that needed to be removed,” PDSA student veterinarian nurse Sadie Reece said in the report.

The operation on the kitten’s injuries was a success and Chi was allowed to return home with her owner after. The charity also gave Banks some antibiotics and a collar to help ensure the kitten’s pain-free and speedy recovery. JB

Cat that lived 6 years in Alaska general store gets evicted