‘True love never dies’: US veteran reunites with the woman he met during World War II

It has been 74 years since World War II came to an end but the trauma and terrors are still etched on the memories of survivors. Even to this day, we still hear horrifying stories about bombings, death camps, the Holocaust, and the death march, among others. However, World War II is not all about the sound and sight of gruesome deaths—because even in the middle of chaos, a fairy-tale love could blossom.

The love story of this American veteran who fell head over heels in love with a French woman during the global war is proof that “true love never dies.” In a report published by Unilad, the two had reunited for the first time in 75 years—thanks to a group of French journalists. 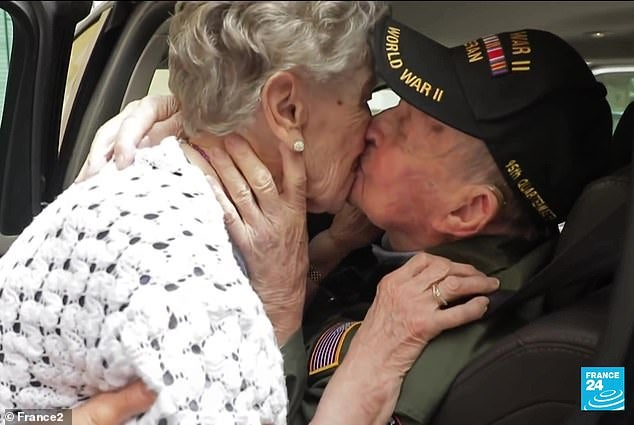 According to multiple news websites, US Army veteran 24-year-old KT Robbins met 18-year-old Jeannine Ganaye while he was stationed in the northeast town of Briey in 1944. The young American soldier was in need of help with his laundry when Ganaye’s mom voluntarily offered him some help. Right after that memorable encounter, the pair fell in love with each other. However, the romance didn’t last that long because Robbins had to depart for the Eastern Front to fight against the Axis Powers.

But Robbins hasn’t completely moved on with his French lover. As a matter of fact, he still has the black-and-white picture of the woman who had preoccupied his mind for decades.

Robbins excitedly showed the same photo to a group of French journalists who were reporting on WW2 veterans in the US. Speaking to French 2, he said: “I told her maybe I’ll come back and take you, but it did not happen like that.” He also added that he would return to “find her family” while he was in France for the 75th anniversary of D-Day.

Although he already assumed that she had passed away, the journalists were eager enough to track down Ganaye. Luckily, they found her at a retirement home in Montigny-lès-Metz, Moselle—which is just a few miles away from where their first encounter took place. 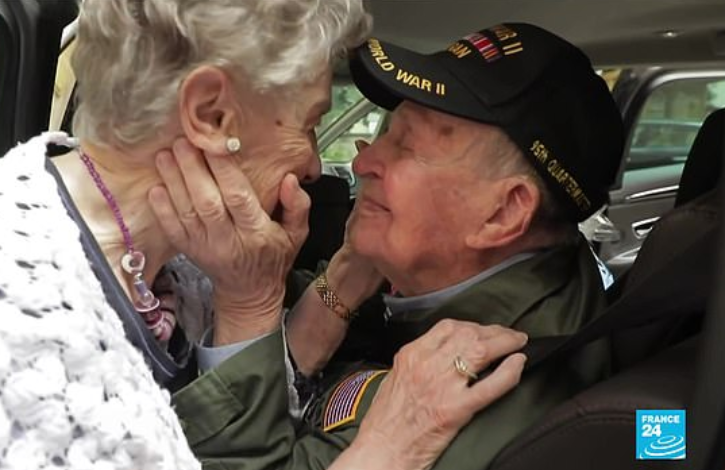 And for the first time in 75 years, Robbins (now 97) was given another chance to see his 92-year-old French lover. “I always loved you. You never got out of my heart,” Robbins told Ganaye.

When asked why he never came back, he said: “You know, when you get married, after that you can’t do it anymore.” But their precious time together was cut short because Robbins had to attend the anniversary celebrations in Normandy, France. Definitely short and sweet, the widowed pair promised each other to meet again.

‘Lost’ dog hangs out in police department before returning to owner

Woman finds dog lost for three years through beer can