Before attending your local Pride Parade, make a stop at a bookstore to read these four books related to LGBTQ+ issues.

“We Are Everywhere: Protest, Power and Pride in the History of Queer Liberation” by Matthew Riemer and Leighton Brown

This photographic book retraces the history of the Queer Liberation Movement which quickly developed after the Stonewall riots of 1969. That year, a series of violent confrontations sparked between police and gay rights activists outside the Stonewall Inn, a gay bar in Greenwich Village, New York City.

Released in time for the 50th anniversary of the uprising, “We Are Everywhere” draws an intersectional portrait of the LGBTQ+ rights movement.

The book was written by Matthew Riemer and Leighton Brown, creators and curators of the Instagram account LGBT history, that chronicles the stories of queer and transgender people throughout time.

“We Are Everywhere: Protest, Power and Pride in the History of Queer Liberation” retails at $40 (about P2,000).

This memoir was written by gender-nonconforming activist and performer Jacob Tobia who was listed in the 2019 edition of Forbes “30 Under 30” and Out Magazine’s  OUT “100 List.”

Tobia who identifies as “they or them,” recounts his journey from a shy and closeted kid in North Carolina to a renowned activist for gender-nonconforming and non-binary people.

This book of reportage was written by Daily Beast reporter Samantha Allen, who compiled the stories of LGBTQ people she met while on a road trip across the conservative states of the United States in July 2017.

During Allen’s trip to Texas, she covered reactions to Trump’s controversial tweet ban on transgender recruits in the U.S. army which went into effect in April.

This anthology of testimonials is intertwined with Allen’s own personal journey, from a closeted Mormon missionary to a prominent openly transgender reporter.

This collection compiles selected articles from the 20 issues of quarterly magazine Original Plumbing which was independently published from 2009 to 2019.

Over the course of its 10-year run, the pioneer publication documented the stories of trans men and trans-masculine people. It features interviews with queer icons like TV presenter Janet Mock, filmmaker Silas Howard and actress Margaret Cho.

The book includes an introduction by activist Tiq Milan and a preface by the founding editors Amos Mac and Rocco Kayiatos. 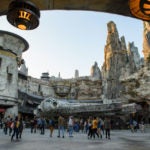 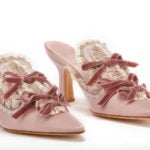