Grammy award-winning and Billboard chart-topping duo, The Chainsmokers, will bring their highly-anticipated World War Joy Asia Tour to Manila on August 15, 2019 (Thursday) at the Mall of Asia Arena as announced by concert promoters MMI Live and Live Nation.

The duo took the social media to share the news of the World War Joy Asia Tour, which will make stops in more than seven cities around the region including Tokyo, Bangkok, Singapore, Hong Kong, Seoul, Taipei and Shanghai. 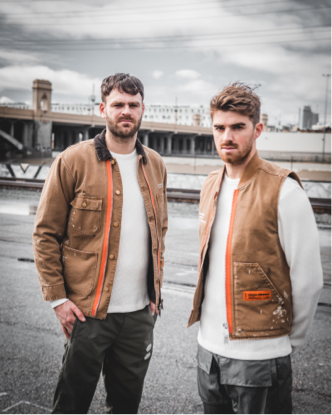 Tickets for The Chainsmokers World War Joy Asia Tour will go on sale to the general public starting May 27, 2019 (Monday) at 10am through www.universe.com/mmilive.

The tour announcement comes on the heels of the duo’s latest tracks “Kills You Slowly” and “Who Do You Love” featuring 5 Seconds of Summer from their new album “World War Joy”. Released in February this year via Disruptor Records/ Columbia Records, “Who Do You Love” immediately shot to No. 1 on iTunes and has already accumulated nearly 14 million combined global streams to date. Additionally, the track was added to Spotify’s New Music Friday playlist in 37 countries, added to their largest playlist Today’s Top Hits and added to Today’s Hits on Apple Music.