Come to say Goodbye and Bid Farewell to Boyzone for the very last time. It’s Now or Never

Irish group, Boyzone is coming back to Manila for their Thank You & Goodnight farewell tour on June 23, 2019 at the SM Mall of Asia Arena.

Boyzone, comprised of members Ronan Keating, Keith Duffy, Mikey Graham, and Shane Lynch released their seventh studio album Thank You & Goodnight on November 16, 2018. The album has twelve tracks, including the song Dream, a tribute to their late member Stephen Gately. The group was formed in 1993, a year before they released their first single “Working My Way Back to You.” Since then, they have gone on to become one of the most successful ‘90s boybands as they have sold 25 million records and played at stadiums and arenas worldwide. The group split up in 1999 and made a comeback in 2007. 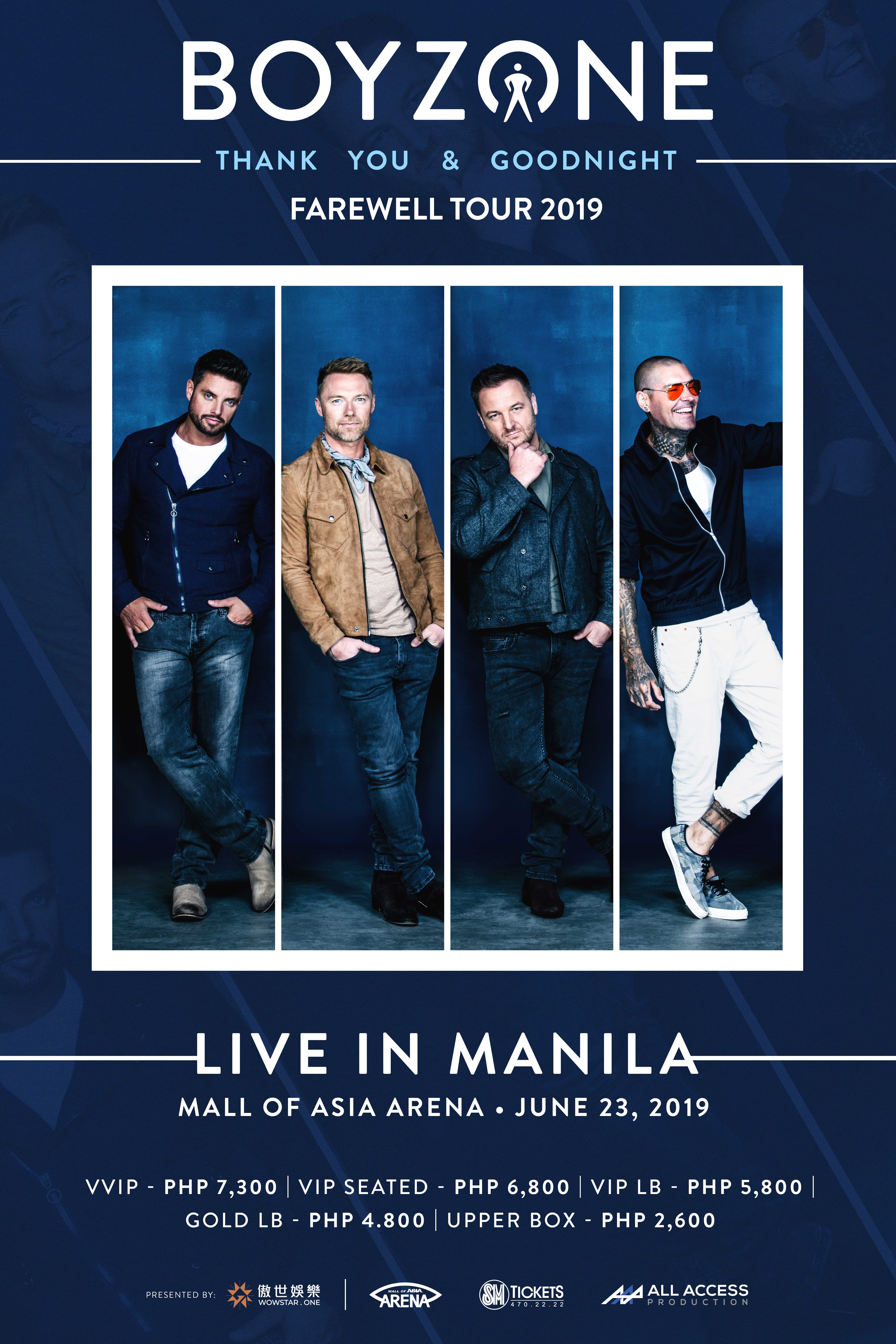 Boyzone captured the hearts of Filipino fans for over 25 years with their hits such as “Love Me For A Reason,” “No Matter What,” and “Everyday I Love You.” Along with these familiar hits, they will also be performing songs from their latest album Thank You & Goodnight. 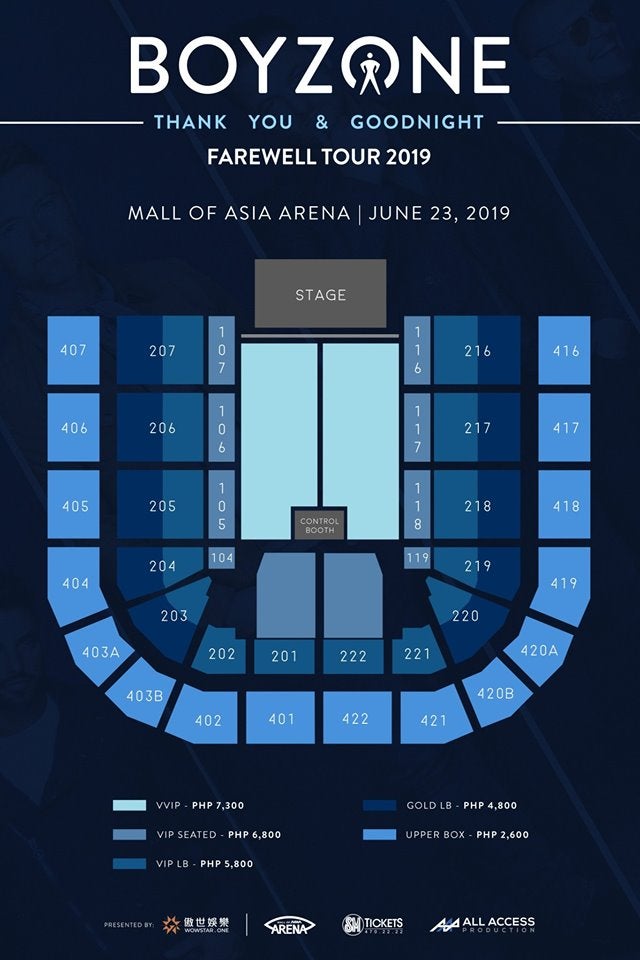 Come to say goodbye and bid farewell to Boyzone, it’s now or never.

Boyzone
Come to say Goodbye and Bid Farewell to Boyzone for the very last time It’s Now or Never
MOA Arena
INQPOP! Stories we think you might also like: