Every one of us—whether big or small, young or old—has experienced the difficulty of “finding ourselves” in this crazy, complex world we call our lives. Oftentimes, we search for its meaning through our jobs, our relationships, and even our religion. But the truth is, finding out what you’re meant to be isn’t simple—it’s a long and grueling process that takes years to figure out.

So, if you’re stuck in that “in-between” place for now, don’t worry, the experiences you have will shape the person you’re meant to become. Take it from “I’m Special: And Other Lies We Tell Ourselves” author, Ryan O’ Connell, whose struggles and achievements inspired a Netflix show called “Special.”

Special follows the story of Ryan Hayes (Ryan O’ Connell) as he navigates through love, work, and life as a gay man with cerebral palsy. 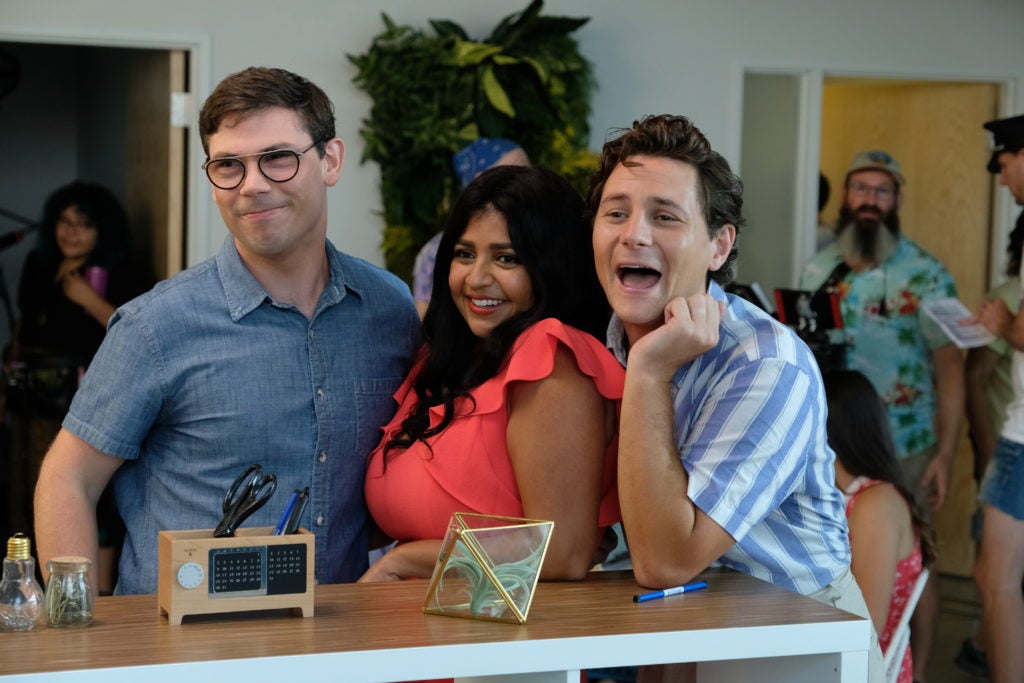 It is a light-hearted, fun, and meaningful series that every viewer can enjoy and relate to. And as the show premieres on April 12, InqPOP! gets up close and personal with O’ Connell himself to talk about the show, his experiences working with “Big Bang Theory” actor Jim Parsons,  and his message for everyone struggling to accept that part of themselves which makes them truly unique and special.

Here’s what we learned from the actor:

Sometimes, doing the unknown can lead to better and greater things

Ryan O’ Connell admitted to InqPOP! that it took years before his book was chosen to be adapted into a full-length series. So, when Netflix offered him a deal, he was left in a state of shock and delight.

“I was just about to ‘throw in the towel’ and call it a day, when Netflix kind of swooped in [as] our knight in shining armor and saved us from obscurity,” he shared. “So, I was delighted. It was very very surreal and it was very emotional.”

However, reliving his personal experiences on-camera was not always easy. There were times when he really found it difficult to act out particular scenes and situations.

“It was intense having to act out certain things. It was definitely a challenge for me.” 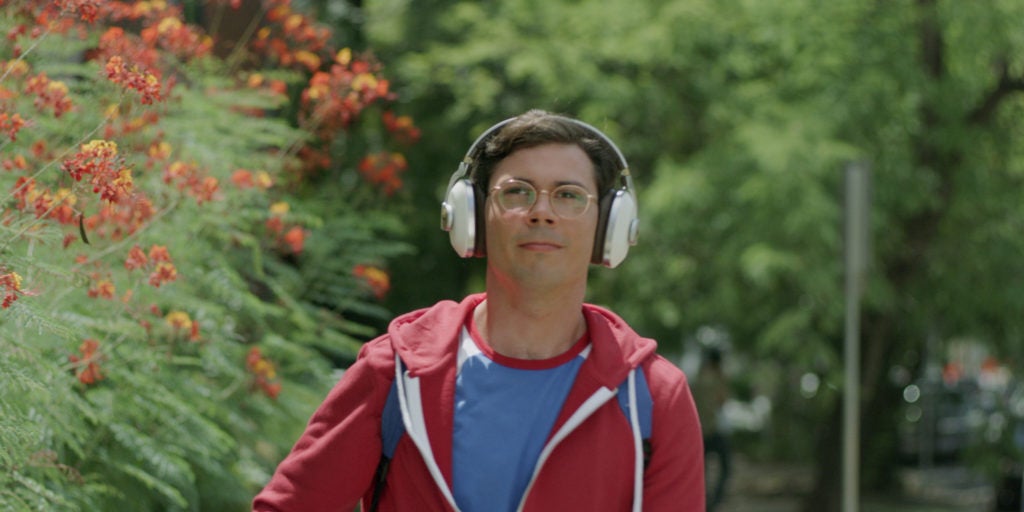 This struggle though enabled O’ Connell to learn, grow, and gain fun experiences.

“I think when things scare me, I [still] knowingly do them. I’m one of those people that like I get freaked out by something but then, I get interested and I’m like ‘okay, this is worth exploring.’ This little overreaction to it means it’s worth looking into. It was a learning experience and it was also fun and rewarding,” O’ Connell explained.

The show needed someone like Jim Parsons “shepherding” it

It’s common to get a little starstruck whenever you encounter celebrities or other prominent figures. And like many of us, O’ Connell was initially hesitant to meet Emmy award-winning actor Jim Parsons.

He told us, “I was nervous to meet him (Parsons) because I have met actors before who were crazy. So, I thought, there’s no way that Jim Parsons wasn’t crazy—he had too much money. It turns out, he was so down-to-earth, [and] so normal in such an aggressively delightful way that I couldn’t believe it.”

O’ Connell says that Parsons was actually the first person who was interested in adapting the book into a series and that Parsons’ overall demeanor is what drove him to choose the actor as the show’s producer.

“Jim Parsons is such a warm, kind, intelligent person. And his partner Todd, who’s also a producer on the project, is the same way that I just felt an instant level of comfort with him. And even though, I sat with other studios that have been on the book, as well, I just knew that I had to go with Jim – I just knew it. I had a feeling like this was someone who I just wanted in my life, shepherding the project. [It] turns out I was right!”

“Being like everyone else doesn’t get you a Netflix show”

As a gay man with cerebral palsy, O’ Connell struggled with finding work and managing relationships. Despite these hurdles, he managed to stay positive and share his story for the world to learn from. And he credits this upbeat demeanor and fighting spirit to his parents’ upbringing.

“I feel very lucky to be raised by two parents who taught me that what I had to say was worthwhile. I think that’s a really important thing. I never questioned that part of myself. I’ve always felt like I had a lot to say and that I needed to say. I [also] feel like my parents always nurtured me and encouraged me to go after [the] things I wanted. I think that’s very valuable especially being disabled and feeling that I was limited in what I could or could not do. I felt like society put limitations on me and then, my parents were the opposite,” he expounded. 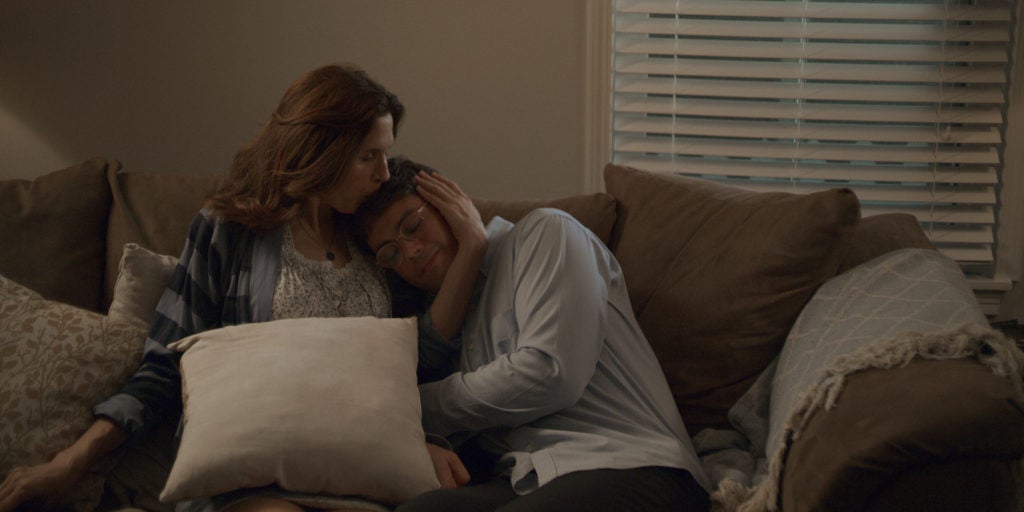 Lastly, for those of you struggling with a disability or personal insecurity, O’ Connell has this special message for you:

“If it’s a fight you cannot win, I would say just embrace the things that set you apart because they are your greatest outset, not your greatest downfall. I think [you should] lean into what makes you special because that’s what makes you unique. Because at the end of the day, people are attracted to authenticity and they’re attracted to people who have a unique point of view. It might feel shameful at first, you might feel like you just want to blend in and be like everybody else, but being like everyone else doesn’t get you a Netflix show.”

Watch the trailer below to know more about “Special”:

Get to see Ryan O’ Connell in “Special” when you subscribe to Netflix today!