Now on its 10th year, the event comes with a promise for a good cause, as a portion of the proceeds is said to be donated to the Philippine Animal Welfare Society (PAWS)  and Gawad Kalinga.

From its dynamic music and dances to its popular performers (Annyeong, Oppas and Idols!), K-Pop stardom is a growing trend in a global scene. So, it’s not surprising that fans were hyped up last March 3, 2019 (Sunday) for the Philippine 10th Annual KPOP Convention (KCON X), which was held at SMX Aura. 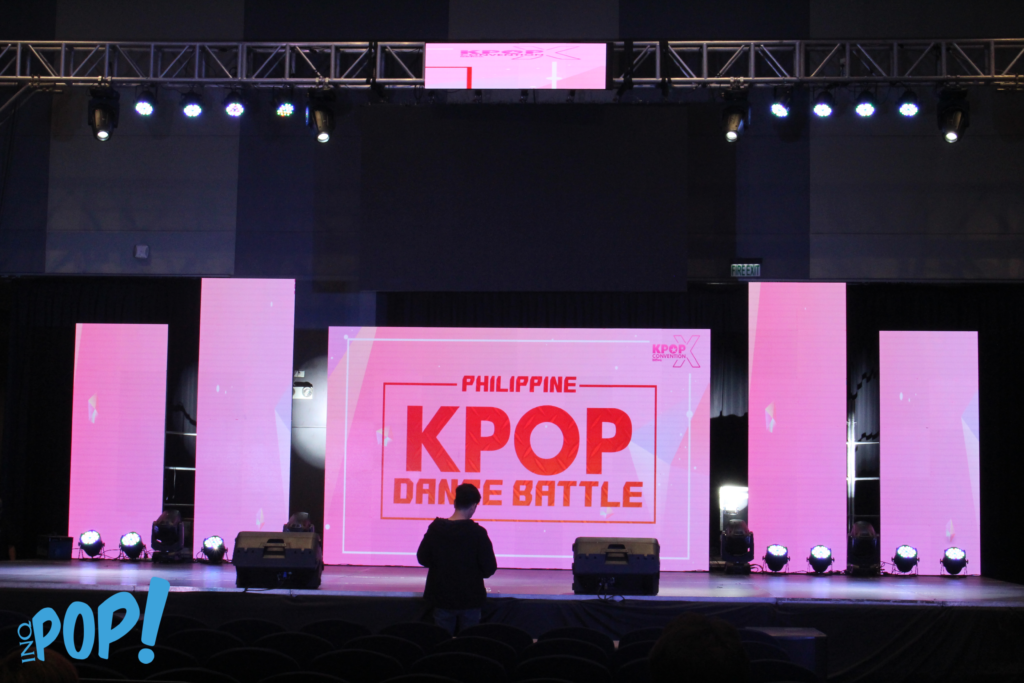 In case you missed this yearly event, here’s a rundown of what happened:

A grand reunion for the K-Pop fandoms

Inside the convention center, visitors can clearly see the fans’ camaraderie as they gathered inside.

From the entrance alone, it looked like a grand reunion was happening – some of them were taking pictures with their fellow fangirls and fanboys, while others were in awe, especially the first-time attendees of KCON. 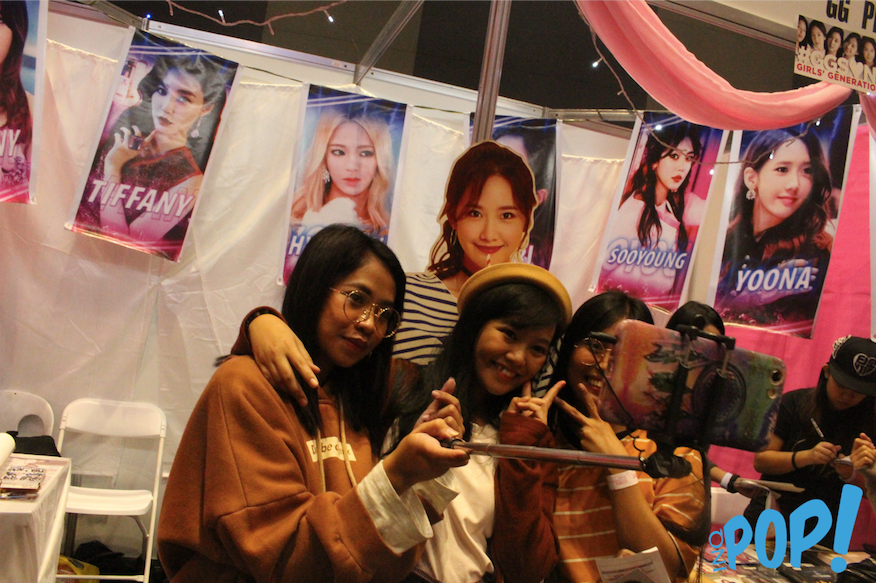 They were all smiles as they greeted one another and wandered around the booths from fan clubs like BTS PH, MONSTA X PH, iKON PH, EXO PH, BTOB PH, GOT7 PH, NCT 127 PH, BLINK PH, IU PH, MAMAMOO PH, MMLD PH, TWICE PH, APINK PH, and I*ZONE PH  placed on the right side of the event hall. 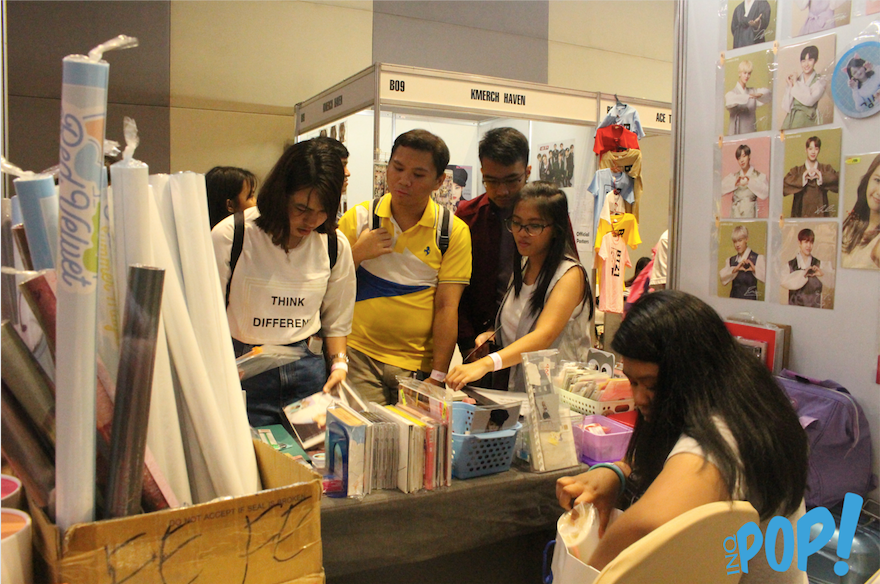 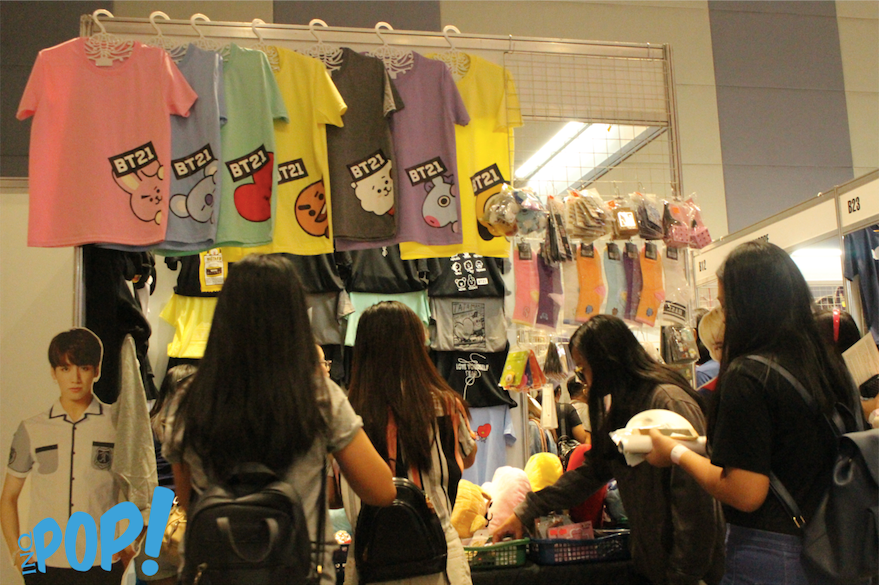 And if any of them loved shopping and hoarding a lot of exclusive K-Pop merchandise,  then they directly went to the exclusive stores on the left side of the convention hall.

A celebration of anything and everything K-Pop

KCON X started the event with a bang! Yes, a lot of groups performed for the opening act – starting with the KCON Dance Competition, which included contestants whose names were inspired by their fan clubs. 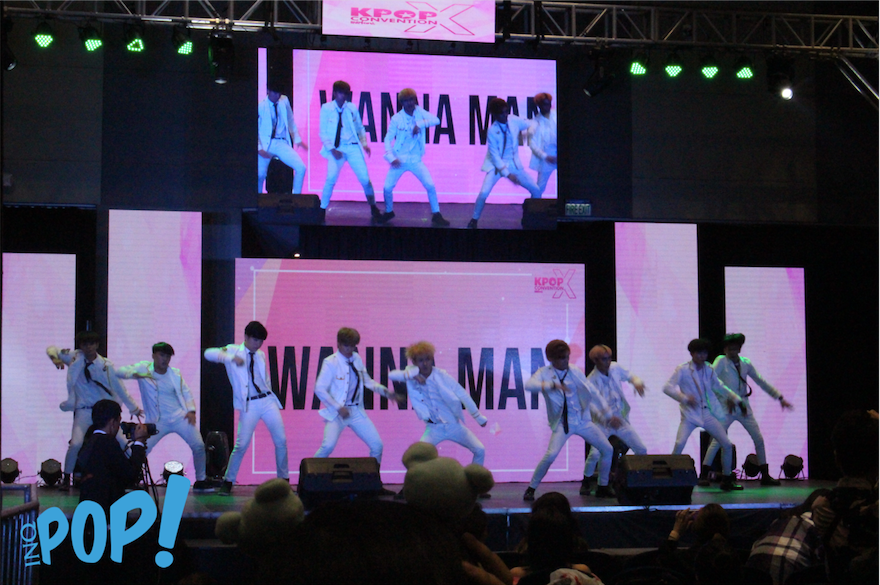 Along with the dance competition is the KPOP Singing Star – the program that caused fans to sing and dance to the beat of 2NE1’s “Fire”, “Can’t Nobody and I Am The Best” and to BigBang’s “Bang Bang Bang” and “Fantastic Baby”. 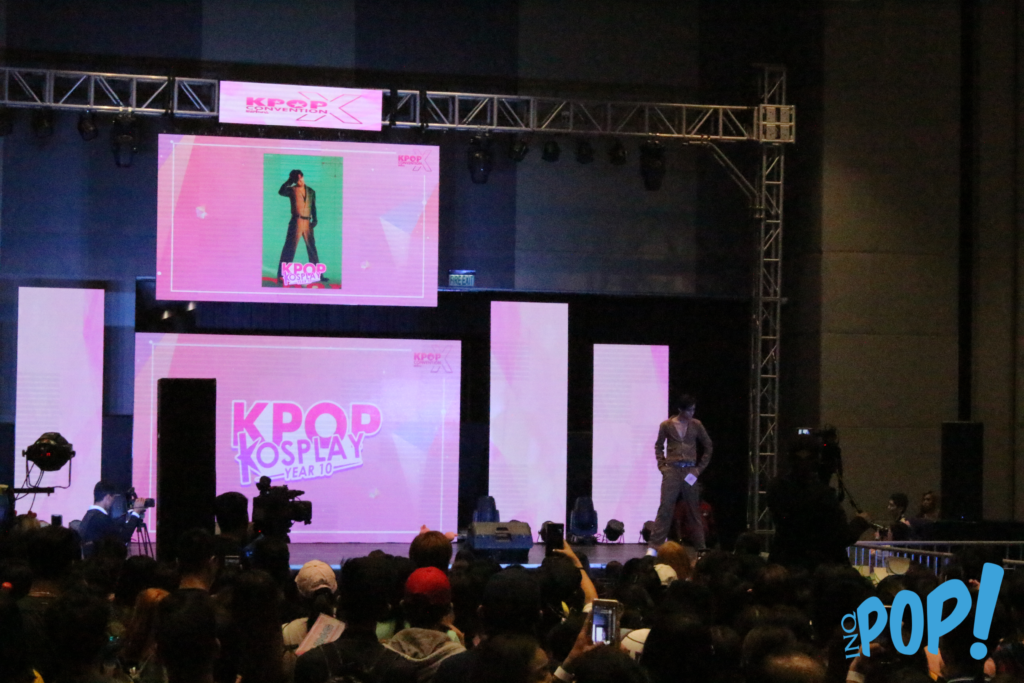 Meanwhile, the KPOP Cosplay segment gave K-Pop fans a chance to be their K-idol for a day, as they dressed up as their “lookalikes”. This included recreating looks from BlackPink member Lisa, BTS’ Jimin, SEVENTEEN’s Vernon, TWICE’s Momo, and (G)-idle’s Yugi. Last on the list was the ‘dubbing’ game of the Tagalized versions of your favorite K-dramas, like Goblin and Hwarang.

K-Pop fans freely expressed their love for their idols 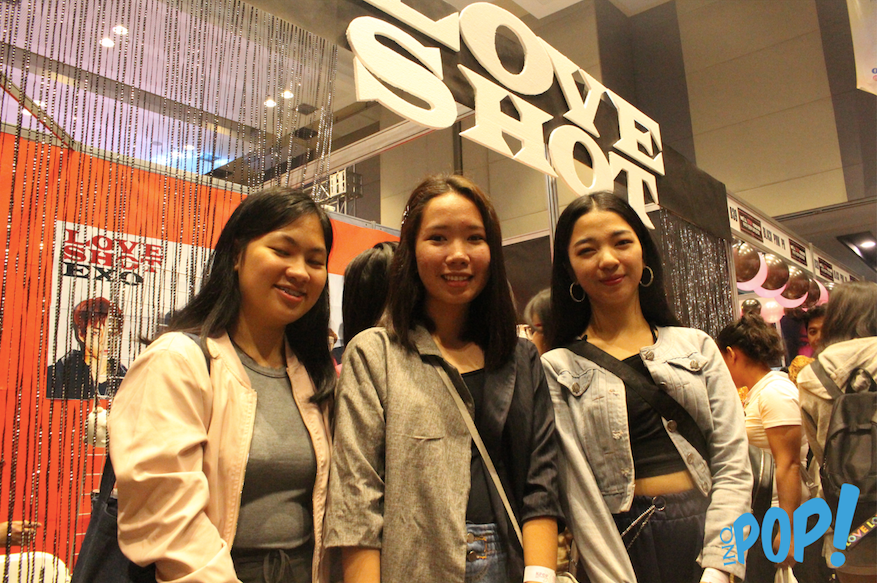 While roaming around the convention center, InqPOP! interviewed some of the K-Pop fangirls and fanboys – both OGs and newbies – to share a piece of their mind on the said event.

BOYZ*ONE*, which is comprised of 5 IZ*ONE fanboys, shared that before they even created their club, some of them were already familiar with the K-Pop culture. According to the members of the group, they were first introduced to the K-Pop scene through PRODUCE 48, a 2018 reality television show on Mnet that aims to produce the newest girl group through public voting. The audience will choose through a pool of 96 contestants from South Korea and Japan, and they will vote for the potential group name and debut single.

A BLINK fanboy shared that he is biased to Lisa Manoban,  a Thai rapper and dancer whose claim to fame was being a member of the popular South Korean girl group BlackPink. He shared to us that he liked Lisa because of her charisma and that because of her, he turned to dance as a form of self-discovery.

G-Girls* (Ayo, GG~) are OG fans of the former 8-member South Korean girl group, Girls Generation, also known as SNSD. “LEGENDARY” is how they described SNSD as a girl group. They further added that this girl group affected the way they expressed themselves through fashion and their appreciation of the music genre.

One BTS Army fan shared the reason why he loves the group so much. Aside from their catchy songs, awesome choreography, and visuals, he says BTS has earned validation from the Western community and is currently topping music billboard and charts. And if he were to describe BTS using one their songs, he said it would definitely be “FIRE.” Well, we think being a BTS fan is LIT! It’s no wonder why they were awarded  “Fan Club of the Year”.

Last, but not the least, is the EXO-XO MARIAS*, OG fans since 2013. For them, loyalty and determination are important aspects of being a fan. They love EXO not just because of their unique looks, talent, and music style, but also because of their consistency as a boy group, and as the “nation’s pick”.

After all of the special performances from selected K-Pop fans, PKCI showed a commemorative video of legendary and iconic artists who have lost their lives this past year. This, in effect, made the K-Pop community a bit emotional. 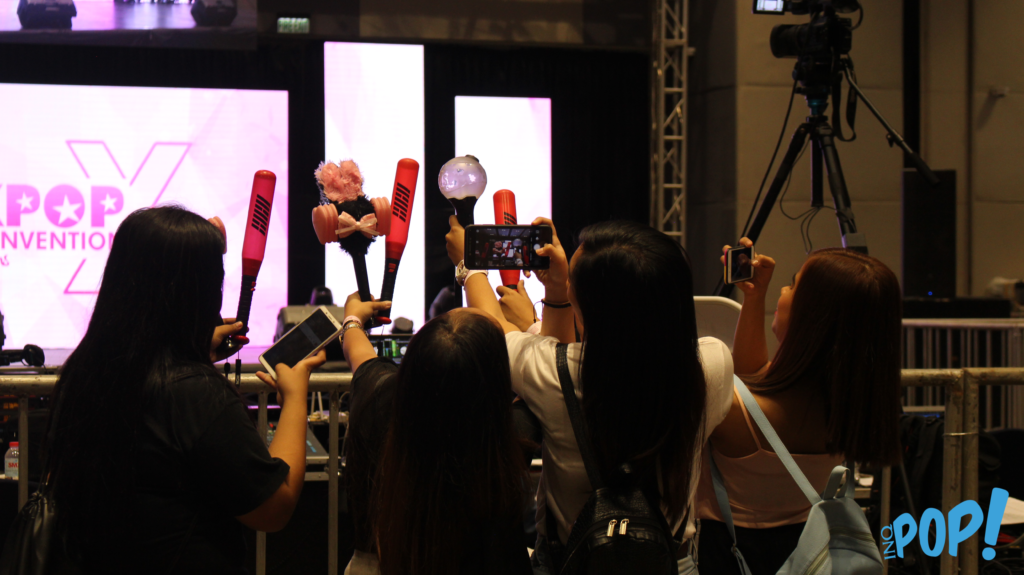 The most-awaited highlight of the event was the Lightstick Solidarity which united all K-Pop fans who attended the KCON X. They lit up the venue with their respective fan club lightsticks, which symbolized how each K-Pop fan can become the “light of the world”./FM

If you want to see the highlights of KCON X, then watch the video below:

In case you missed it, KPOP fans of all ages enjoyed a day of fun and music at the recent 10th Annual Philippine Kpop Convention!✨❤