Netizens took time to share the page – which proves that most of us agree how necessary bidet sprays are for public toilets. Thankfully, the recently released mobile app, San Bidet, tracks a list of all toilets with bidet sprays in the Philippines. So, you can poop or “do your business” in a good and clean bathroom!

The mobile app was created by Lawrence Velasco, and users can download it for free both on iOS and Android. As a sole developer of the app, Velasco was able to finish it within 2-3 weeks.

He also shared his reason for creating San Bidet app, ” I was in a situation where I was at a public place and I had the urge to poop. I knew that there was a popular Instagram page (@ShittableBa, @MeronBangBidet) and quickly scanned their profile [to find] the best areas to poop near me. But I had a hard time since they have so many posts and I just wanted the nearest toilet with a bidet from where I am. So at that point, I got the idea to make an app version of that concept.”

As of this writing, Velasco’s post has garnered more than 6,000 shares. He even mentioned how anyone can send him locations of every public toilet with bidet spray that they know of, while he continues to update the app’s data.

Finally published on the Play Store! 🙂 Also updated the iOS app to be faster than ever so update now! 😀Play Store:…

Velasco expressed his gratitude for the overwhelming support he receives, “A crowd-sourced app like this is only made possible by the submissions of all the people who sent a bidet location. It’s also heartwarming that so many of them care enough to spend a bit of their time to submit a location. I’m trying my best to credit their submissions by including their name on our Facebook page if they want.”

Thousands of users have downloaded the app and Filipinos certainly love it!

Here are some of their comments praising Velasco’s work.

Based on the “poop-ular” belief, the use of bidet spray is considered more hygienic and more comfortable. And, we’ve finally found the app that helps us find the plumbing fixture we all need when a sticky situation arises. 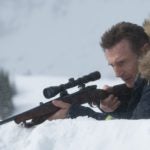 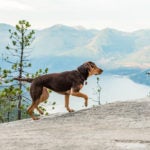