The last day of the 16th Lanuza Surfing Festival was definitely full of excitement, tension and action as every surfer was eager to win first place in their respective categories. The ocean gifted us with two-foot waves but the on-shore wind made them a bit choppy, making it more challenging for the finalists to execute high-scoring manoeuvrers.

All the heats were very tight with the country’s top surfers in the lineup. The Women Longboarders were the first to paddle out. Daisy Valdez led the entire 20 minutes of the Final. The three other finalists were Jevy Mae “Ikit” Agudo, Jessah F. “Aping” Agudo and Angel’Lea Aguilar. Towards the end of the heat, “Aping” was behind Daisy on the ranking until her sister “Ikit” scored a 3.75 and finished second. Aguilar placed fourth in that heat.

During the Men’s Open Longboard finals, Crisanto Villanueva from La Union was initially in the lead but was eventually bested by his friend Jayr Esquivel as the Champion with a total heat score of 10.10. The crowd cheered and celebrated his victory, carrying him on their shoulders as he reached the shore. 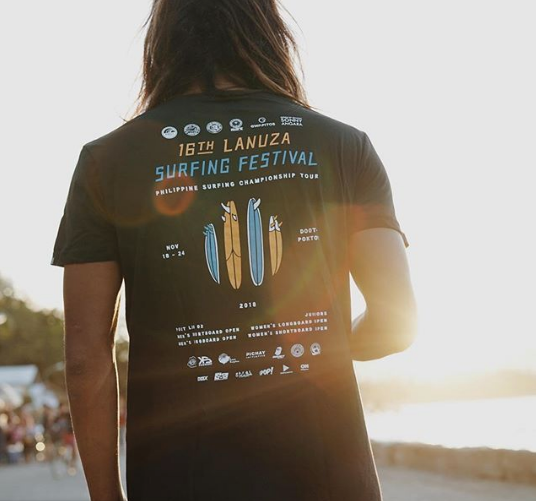 The Quarterfinals of the Men’s Shortboard, on the other hand, brought many upsets and surprises. Neil Sanchez, winner of last year’s Lanuza Surfing Festival, and Philmar Alipayo, Champion of the 2017 Tour, were knocked out by Jayr Esquivel and Edwardo Alciso.

Straight after the intense knockout was the Semifinals of Men’s Shortboard which was an amazing show to watch. Everything was happening very fast, scores were popping up, surfers were paddling in and out and we were moving from one heat to another quickly.

John Mark “Marama” Tokong and Edwardo Alciso battled it on for the first heat. It was very tight heat as they both performed impressive aerial maneuvers. Marama got the advantage when he scored a 5.50 on a wave. Alciso tried to catch up and rode eight more waves in the desire to win, but lost by 1.75 points.

Jayr Esquivel and Edito “Piso” Alcala faced each other on the second heat. During the whole leg, Esquivel demonstrated tremendous potential as he competed in both Longboard and Shortboard divisions. He achieved the highest score, an 11.75, of the whole competition during Round 5 of the Shortboard division. Moreover, he also defeated Philmar Alipayo, who is a formidable opponent, in the Quarterfinals.

Indeed, it was not easy for Alcala to win the Semifinals. Esquivel was first place for the whole heat. The calmer seas taught Alcala patience. With two minutes remaining on the clock, Alcala did an aerial reverse on a wave that got him to his well-deserved first place. 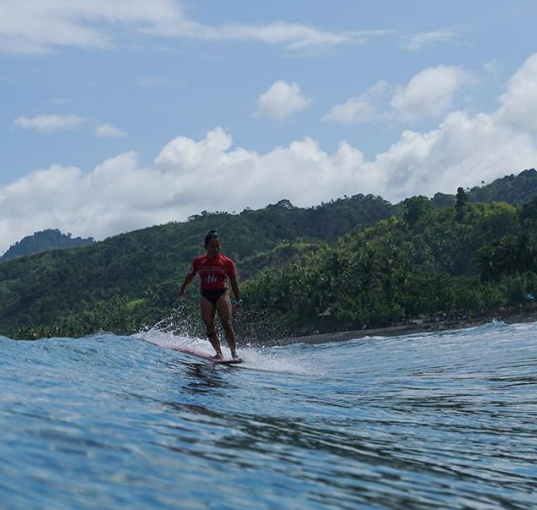 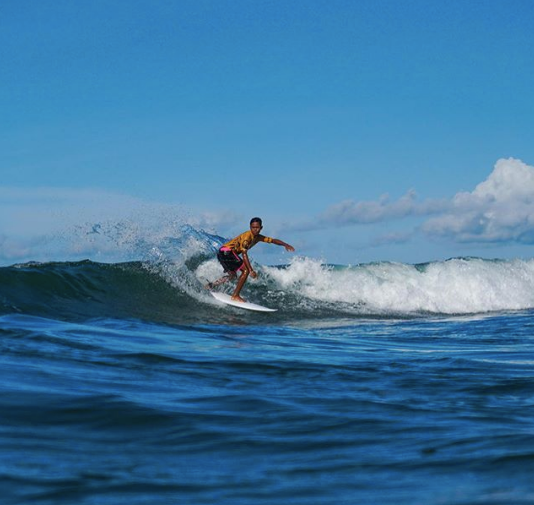 The Women’s Shortboard Finals featured Daisy Valdez, Nilbie Blancada, Ana Mae Alipayo and Pinky Alipayo. During the latter parts of the heat, Valdez was on the lead. However, Nilbie Blancada, last year’s Lanuza Champion, scored a 5.55 on the last thirty seconds and successfully defends her title.

The Final of the Juniors Category showed the surfing prowess of Gabriel Lerog, Charlie Arjona, Benladin Arjona and John Carlos Noguera, all from Siargao. Truth be told, it was one of the most action-packed heats of the competition with the ranking consistently changing. The heat concluded with John Carlos Noguera paddling in as the new Juniors champion.

The last heat of the day was the most-awaited Men’s Shortboard Finals. Marama and Piso competed and went head-to-head, a deja vu to the Siargao finals, for the Championship title and P50,000 pesos to bring home.

Halfway through the heat, Marama incurred a priority interference, meaning only his best scoring wave will be counted instead of the top 2 waves. With eight minutes remaining, Marama surrendered and paddled in, still needing 11 points to win. Alcala joined him, forcing the judges to stop the clock and called the finals. Alcala expressed concern for the incident, and wished there had been another way.

The rankings were so unpredictable for the entirety of the 16th Lanuza Surfing Festival. One minute someone’s in first, the next they’re down to the fourth! Will it be the same suspense for the next leg? Stay tuned for our coverage in Cabugao as we continue to follow the Philippine Surfing Championship Tour!