‘The Invisibles’: Stories of hidden Jews in the Holocaust is a must-see

If you’re familiar with the Holocaust, stories of Jews who went into hiding have been told in various forms of media — the diary of Anne Frank and the Oscar-winning film “Schindler’s List” come to mind.

“Die Unsichtbaren” (“The Invisibles”) is a 2017 docu-drama about four young Jews who hid in plain sight in Nazi Germany’s Berlin. It features interviews from the survivors in their old age along with dramatizations of their experiences directed by Claus Raefle. 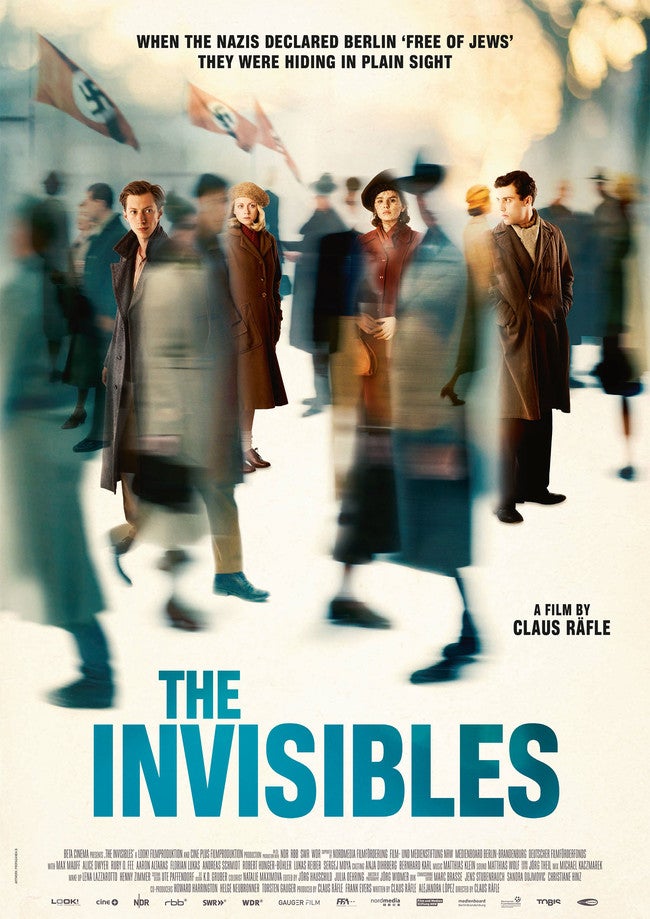 It’s 1943 and Berlin has been declared free of Jews. In reality, 7,000 Jews are in hiding. Among them are Cioma Schönhaus, a shrewd factory worker who legally stays in Berlin because of his unique work skill; Hanni Lévy, who seeks her own path after losing her parents; Ruth Arndt, who gets her father to ask a neighbor to hide her family; and Eugen Friede, whose German stepfather helps him go into hiding.

As the film delves into each individual story, it’s the smaller acts of discrimination and prejudice that are shocking, rather than hearing of genocide or families being torn apart. There’s an instance when a Gestapo officer rips the star of David off Eugen’s coat, then jots his name down for the violation of not sewing on the star properly. There are also Jews who turned on each other, promised by the authorities that their family would be spared. In the end, their loved ones would also be taken to camps or killed.

Terrifying as humanity was in that era, there is intrigue in learning the different ways these Jews went undetected and how the human spirit stays alive through harsh conditions.

Cioma uses his artistic talent to forge passports and new identities for himself and other Jews. Hanni dyes her hair blonde, and with her big blue eyes she fits into the Aryan standard of beauty.

Alice Dwyer as Hanni, whose disguise is bleaching her hair. Image: Screengrab via YouTube/Kinocheck

Ruth has to part ways with her family, but she sticks with a friend, Ellen, with whom she wears a veil in public as they masquerade as war widows. Eugen moves from one house to the next and eventually gets involved with a resistance group.

Luck does play a major part in their survival, but besides that, it’s their sheer will to keep fighting and the goodness of others that keep them alive. Cioma, for instance, pretends to be a German to gain temporary lodging. But for the others, it is neighbors, friends and strangers who take them in, sometimes in an unspoken agreement.

From a technical standpoint, the dramatized sequences added gravity to the stories, thanks to the acting which didn’t feel contrived. The interview shots, however, had too much close-ups; it felt jarring to watch compared to the dramatized sequences’ cinematography, beautifully captured by Joerg Widmer whose work includes “The Tree of Life” and “Atomic Blonde”.

Perhaps because similar stories have been told before and there were four of them, only getting into the surface details of each character left the emotional depth wanting.

That said, “The Invisibles” is a film that still needs to be seen in this day and age. By depicting the daily lives of these Jews in that era, one can find similarities to modern-day issues such as racial profiling and the immigrant experience.

Saving one life can save the world, said one of the survivors. An estimated 1,700 Jews would survive while in hiding. All four interviewees would live long enough to see grandchildren and great-grandchildren, worlds and lifetimes that wouldn’t be possible without the kindness of others.

“The Invisibles” was shown at the SM Aura Premier and SM North EDSA Cinemas as part of the 3rd German Film Week, presented by the Goethe-Institut Philippinen.