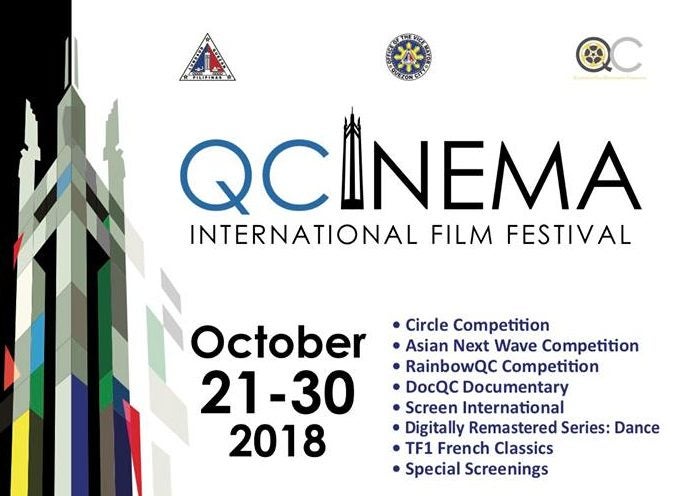 QCinema spreads its roster of films through nine categories which will run from October 21 to 30, 2018, at Gateway Mall (Cineplex 10); Robinsons Galleria (Robinsons Movieworld); and Ayala Malls Cinema in Trinoma and U.P. Town Center. Local screenings will also run from October 24 to 30, 2018 at SM Fairview, SM Megamall, SM Manila, and SM Southmall. 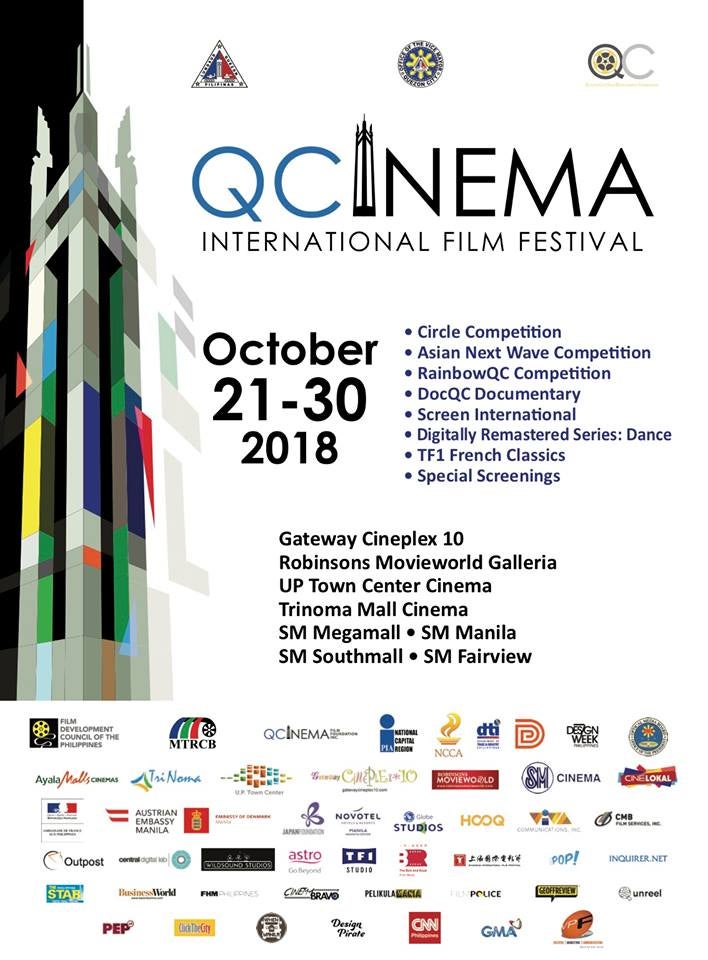 On its sixth year, QCinema has selected seven filmmakers to be given production grants for its “Circle Competition” and “DocQC” section.

The “Circle Competition,” for independent features of new and seasoned homegrown storytellers, have been given production grants of one and a half million pesos each while the “DocQC,” for documentaries, have been given seed grants of 300,000 pesos.

Documentary films “All Grown Up” from Wena Sanchez and “Pag-ukit sa Paniniwala” from Hiyas Baldemor Bagabaldo will comprise the “DocQC” section.

In addition to “Circle Competition” and “DocQC,” QCinema will feature seven more categories to showcase its wide range of local and international films.

The new films to be showcased at the “Asian Next Wave” section are Yeo Siew Hua’s “A Land Imagined,” which won the Golden Leopard Award for best film at the Locarno International Film Festival; Bi Gan’s “Long Day Journey Into Night,” which won the ICS Cannes Award and will be shown in 3D in select establishments; Anoocha Boonyawatana’s “Malila: The Farewell Flower,” Huang Hsin-yao’s “The Great Buddha+,” Ashleigh Mayfair’s “The Third Wife,” and Kamila Andini’s “The Seen and Unseen” which won the Tokyo Filmex Grand Prize.

Iconic films of the 70s and 80s which roused moviegoers with dance music and which have been digitally restored are shown in the “Digitally Remastered” section of the festival. Among the highlights are Bob Fosse’s “All That Jazz,” Herbert Ross’ “Footloose,” and John Badham’s “Saturday Night Fever.”

QCinema pays tribute to the richness of French cinema with memorable titles in the “French Classics” section. Among the films in the section are Henri-Georges Clouzot’s “Diabolique,” Roger Vadim’s “And God Created Woman,” and Pierre Rissient’s “Five and the Skin.”

Five films from China, Austria, France, and Denmark, and Japan will take a spotlight at the “Special Screenings” section of QCinema. The five films featured are “Elephant Lying Still” by Hu Bo, “Ala Changso” by Sonthar Gyal, “Tomcat” by Klaus Händl, “La Priére” by Cédric Kahn, and “Come On, Irene” by Keisuka Yoshida.

The festival has a free screening that will feature children’s films from Denmark. They will include Ask Hasselbach’s “Antboy,” Renée Simonsen’s “Karla’s World,” and Esben Toft Jacobsen’s “The Great Bear.”

Hirokazu Kore-eda’s “Shoplifters,” which won the prestigious Palme d’Or award at the 71st Cannes Film Festival, takes the spotlight on the opening day of QCinema. Kore-eda tells the story of a family of criminals scraping a living in downtown Tokyo that takes an interesting turn when they adopt a little girl.

Cinephiles can join in the Halloween festivities with the screening of “Piercing” by Nicolas Pesce, the closing film to end the ten-day festival. It tells of a man who checks himself into a hotel room to accomplish his long-time dream – executing a perfect murder.

QCinema is the official film festival of Quezon City, touted as the “City of the Stars.” It was established in 2013 by the Quezon City Film Development Commission (QCFDC) helmed by Mayor Herbert Bautista and Vice Mayor Joy Belmonte.

Since its humble beginnings in 2013, QCinema has grown bigger, gaining traction in local and international film circuits for its film entries. In 2017, it was recognized as one of the best film festivals in the country. 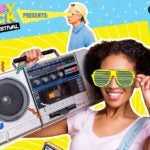 Playback Presents: Back in Time 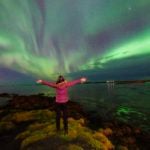