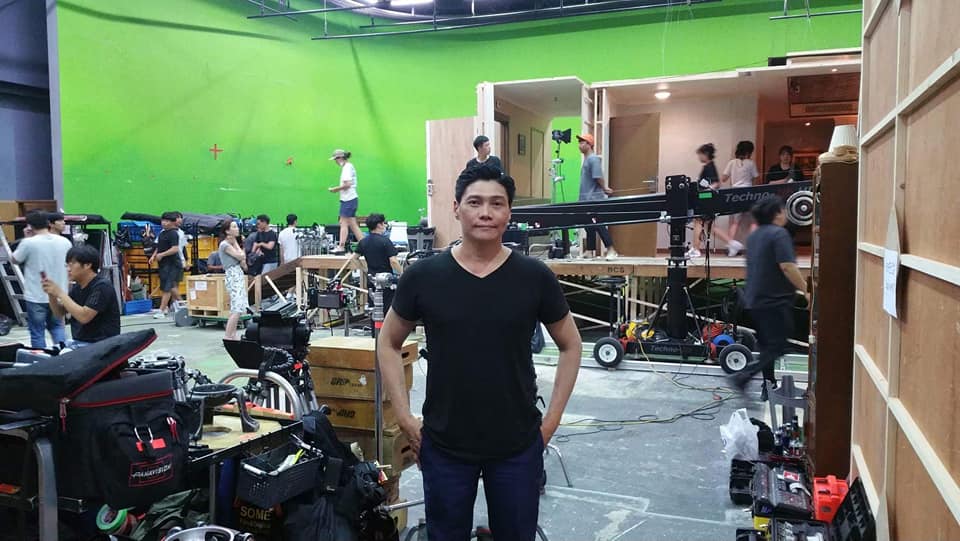 In a recent Facebook post, character actor Mon Confiado shared his observations and learnings while filming in South Korea.

According to the actor, he was impressed by how the South Korean government lets local filmmakers use studios for free.

“I envy Korean Cinema! I’m now shooting here and found out that their government lets the local filmmakers use sound stages (studios) for FREE! They really support and helping [sic] their entertainment Industry. Now I understand why their film Industry is booming!”

Aside from the free studios he got the chance to have access to, he also mentioned some of the things he learned that are worth noting for aspiring filmmakers in the country who want to change the system:

In the said post, Confiado shared that in Korea, the government tries to protect the local industry by imposing a screen quota which mandates each theater in the country to screen domestic films at least 146 days a year.

Korean Film Council, which is a self-administered body that is in charge of stimulating and protecting their domestic film industry and is responsible for promoting and supporting the South Korean film industry both on national and international level.

The festival also attracts a lot of young audience due to its prestige and status. It also helps production of future films.

Creativity is encouraged in Korea’s film industry and it shows in their approach to censorship. Who could forget Park Chan Wook’s Oldboy, which featured incest themes and lead actor Choi Min Sik eating a live octopus on camera. This film would have been banned or heavily censored in some countries, but not in South Korea. Their approach is that instead of censoring or cutting the scenes out, they allow it to be preserved the way the director intended, and just depend on the KMRB (Korean Media Ratings Board)’s system to ensure that they won’t be seen by impressionable people of certain ages.

It takes a lot of money to start a full-length feature but there’s no guarantee of ROI, so investors are not likely to risk it and getting bank loans is equally difficult. The South Korean government aims to alleviate this problem by investing a total of 380 billion won as seed money for the country’s domestic films. The seed money is also being invested smartly, because aside from providing support to new studios, it is also used to grant subsidies to established studios based on the performance of their earlier projects, making the program merit-based.

In many countries, people who want to study filmmaking and production have to take it up as a college course, but in South Korea, skills related to movie making are taught as early as elementary. In fact, some schools have invested in equipment that allows teachers to teach movie making, these equipment can include actual blue screen technology and rooms with set pieces that can be used for role playing and staging of plays.

Movie houses in every province

There are movie houses in every province, which helps a great deal in promoting their film industry because it makes watching movies easier for people – they don’t have to commute or drive to faraway places just to watch the latest offerings.

Continuous reinforcement of tradition and culture on movies and TV dramas

If you take a look at the wave of South Korean TV Dramas and movies that became popular overseas, you will see that many of them are period dramas such as Empress Ki or Dae Jang Geum.

These dramas do a great deal in promoting Korean history and culture to the outside world.

The support that the government gives to the local industry does not come free, though, as the industry is taxed. But the main difference is that there is no favoritism, as the tax laws are enforced strictly regardless of how popular the celebrity is or how powerful their agency can be.

Mon Confiado also pointed out that even the directors, writers, editors, composers and other production staff are just as important as well-paid actors.

“Despite all the glamour surrounding their actors and performers, the South Korean entertainment industry does not ignore people behind the scenes. Directors, writers, composers, and other production staff are deemed as important as the actors and are well-paid.”

Before the success of K-Pop and K-dramas, the South Korean entertainment industry also went through a tumultuous journey. But with the help of different sectors, the industry has grown rapidly making their way into the international market.

For a filmmaker and actor like Mon, this experience has sparked a glimmer of hope to our film industry.

“I’m dreaming that one day our film industry will be like this!”,  Mon says.