SINGAPORE,  4 August 2018  – Hyperplay, the first ever integrated  ASEAN esports and music festival happening at the Singapore  Indoor Stadium, brought together avid fans on its first day, living up to the expectations of the festival ’s hype and thrills. In celebration of our youths,   fans got to immerse themselves in a range of esports action and music performances  – the two key cultural cornerstones of the generation.

Hyperplay kicked off with the first  ASEAN League of Legends  semi-­‐finals with Malaysia’s  Kuala Lumpur Hunters taking on   Philippines’ Acclaim   Empire X. After three intense rounds of powerplay,   the Malaysians came out on top with a 2   – 1 victory over their ASEAN counterparts,   sealing a spot in tomorrow ’s grand finals.

In the first round, Team  Philippines drafted crowd control that quickly shut down the Malaysians with  24 kills.  Team Malaysia then turned the tables in the second game, after back-­‐and-­‐forth  team fights led by Qaspiel.  As the most-­‐fed  player, Qaspiel carried the team to a convincing comeback victory. While Team Philippines was more aggressive in initiating team fights and ambushes, Team Malaysia showcased a more dominant,  synergetic team play in the third and final game, to take the overall victory.

“I think our team’s  jungling* takes the largest credit for this victory – our overall performance was on-­‐ form and we went all out. I love to play Kai’Sa to take on the front line and attack the opponents’ backline when they are off-­‐guard,”  said OzoraVeki, team captain of Team Malaysia.

“Hyperplay is one of the best LoL tournaments in Southeast Asia we’ve competed in as it is the first time it has brought together teams from the 10 ASEAN  nations. We not only interacted with other League talents but also had the chance to discover what  Singapore has to offer as a city during the tours organized for us,” he added.

Guest-­‐of-­‐Honour,  Deputy Prime Minister,   Teo Chee Hean then officially opened the show where he introduced and presented the inaugural Hyperplay trophy – which the winning team of the tournament will walk away with – before he signaled the official start with  ‘Let’s Hyperplay’.

Kicking off the 1st  MTV Spotlight,  The Sam Willows took the crowd through an adventurous journey with a nine-­‐track  set. The quartet wasted no time in getting the party started by opening up the show with a good collection of their past and present upbeat hits – All Time High  (led by Benjamin), Baby Don’t  Shy, Keep  Me Jealous and  Thirsty. Once they established their presence,  the quartet brought the tempo down with their more emotionally raw numbers Save Myself and Robot from their latest sophomore album, tugging on the heartstrings of everyone in attendance.  From there, the audience was treated to a guitar solo introduction by Jon that led into their dance-­‐worthy number  Papa Money that is currently taking over the airwaves.  The foursome closed out the set with their hits For Love and Take Heart,  from their previous debut album, right before an injured Narelle was  piggy-­‐backed onto Sandra for their exit.

Turning the focus back to esports,   Singapore’s Sovereign put up a commendable effort against favorites,  Vietnam’s Super  Star Destroyers. However,  it still wasn’t quite enough to match up to the sheer might of   Team Vietnam as they quickly clinched victory in the first game, which took just 25 minutes.  Led by Artemis  – the main carry of the team – the  Vietnamese set the pace of the game with a couple of fallback strategies that  Sovereign failed to keep up with.

“In the first half of the second game, our team made dire mistakes but we drove the gameplay with tenacity and grit.  Nonetheless,  I am very happy to have won the game.  We were a little nervous but now look forward to take on Malaysia tomorrow,” said   Vormund of Super   Stars Destroyers.

Right after the   2nd semi-­‐finals   match, CL showcased why she’s indeed Asia’s   Baddest Female as she returned to Singapore on the MTV Spotlight stage. She immediately ushered in her unique brand of intensity with her opening catchy, hip-hop track,  The Baddest Female, getting fans up on their feet upon get-go. Her  13-­‐track  set only intensified with immense energy levels with each song performance. Taking a moment to greet her ‘GZBs’  fans in Singapore,  she performed Ain’t No  Better Feeling for the first time since going solo as a gift to her fans. CL’s high-­‐octane  energy was undoubtedly as she  performed dance hit  after  hit while  a hyped up  crowd happily  sang and danced  along to – Dirty  Vibe, Lifted, Come Back

Home,  Gotta Be  You, Falling  In Love, Dr. Pepper,  MTBD, ₩1,000,000 and Can’t  Nobody. CL was on fire with her performance of Hello Bitches,   which was aptly accompanied by a pyrotechnic display and fireballs going off  on stage. Epitomising true female prowess, she ended her set with I Am the Best, while her fans continued to roar in wild frenzy.

Stay tuned for   Day 2, as performances on the MTV Spotlight stage by Indonesian idol Afgan and Thailand ’s leading rock band Slot Machine will continue the music high, to set the mood for the Finals and the eventual  League of Legends  ASEAN Champion. As a  festival finale, celebrate with Nick Jonas and Alessia  Cara at the  first ever integrated esports and music event in the region.

In celebration of ASEAN Singapore  2018 and part of YOUTHx,  Hyperplay is powered by Riot  Games and MTV, presented by the MCCY  and the NYC, and supported by gold sponsor  Clear Men and official Telco partner  Singtel. Patrons will be able to catch full set live performances by all acts for the MTV Spotlight stage hosted by  MTV VJ Hanli  Hoefer.

Catch the live streaming and broadcast

Streaming live across the two-­‐day  ticketed event on   Hyperplay.sg, with key segments broadcast live across  Southeast  Asia, the first edition of Hyperplay will feature the first ever League of Legends ASEAN tournament with national teams from the  10 ASEAN countries.

For news updates on social media:

Fans can get direct information and news updates by following Hyperplay on  Facebook. 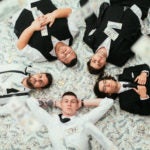 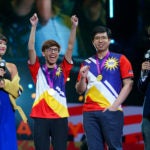