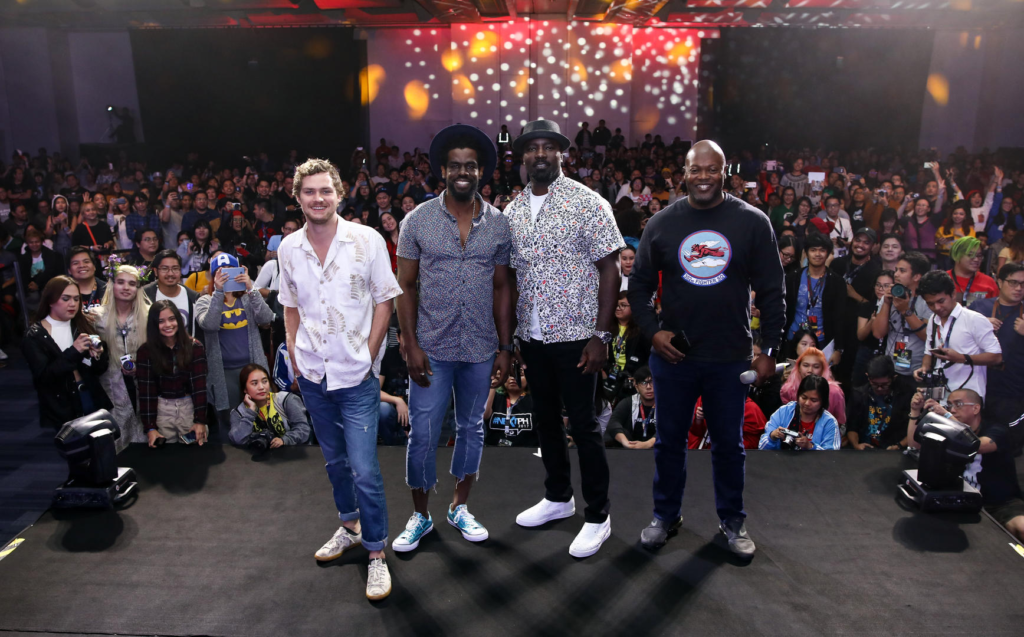 Netflix returned to AsiaPop Comicon Manila 2018 with its biggest presence in three years – featuring an immersive booth, star-studded panels, global announcements and a special screening of upcoming Netflix film Next Gen – all inspired by and designed especially for Filipino fans.

ANIME panel fans heard from the creatives behind Godzilla: City on the Edge of Battle (TOHO producer Takashi Yoshizawa) and Castlevania co-executive producer Adi Shankar, who debuted the season two trailer of Castlevania.

Marvel’s Iron Fist Season 2 features Danny Rand (Finn Jones) as he fights against the criminal element corrupting New York City with his kung-fu mastery and ability to summon the awesome power of the fiery Iron Fist.

Returning to Netflix for a second season, Castlevania, inspired by the classic video game series, is a dark medieval fantasy following the last surviving member of the disgraced Belmont clan, trying to save Eastern Europe from extinction at the hand of Vlad Dracula Tepes himself. Trevor Belmont, last survivor of his house, is no longer alone, and he and his misfit comrades race to find a way to save humanity from extinction at the hands of the grief-maddened Dracula and his sinister vampire war council.

Castlevania Season 2 will launch on Netflix on October 26, 2018

Next Gen is an off-beat action/comedy that tells the story of the unlikely bond between a girl and her combat robot as they team up to defeat a madman’s plans for domination. Set in a high-tech city of the future, Next Gen is a funny, exciting and heart-warming adventure that explores the bittersweet nature of memory and celebrates the value of friendship.