DESAPARESIDOS: Now more than ever, a message that needs to be heard 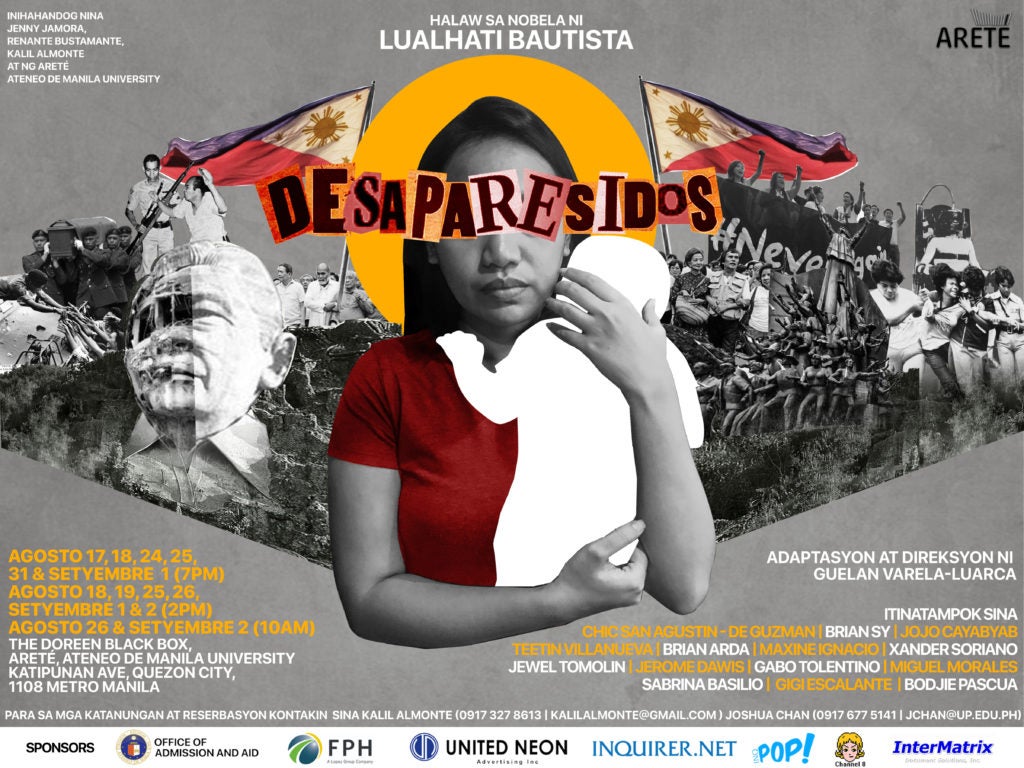 More than just a story of committed comrades fighting against the repression and brutality of Martial Law, Lualhati Bautista’s novel, “Desaparesidos” is about individuals struggling to regain their lost humanity, their sense of family, their very souls. What was the price that these fighters had to pay? What personal pains outweighed even the most brutal of physical tortures?

Bautista’s novel, a contemporary classic of Philippine Literature, is now a straight play, directed and adapted to the stage by Guelan Varela-Luarca. It seems right that a material about a crucial period of our history should have a history of its own. The original production, first staged by Varela-Luarca for Ateneo ENTABLADO, gained the recognition of critics and audiences in 2016. The Philippine Daily Inquirer lauded it as the Best Original Filipino Full-length Play that year. 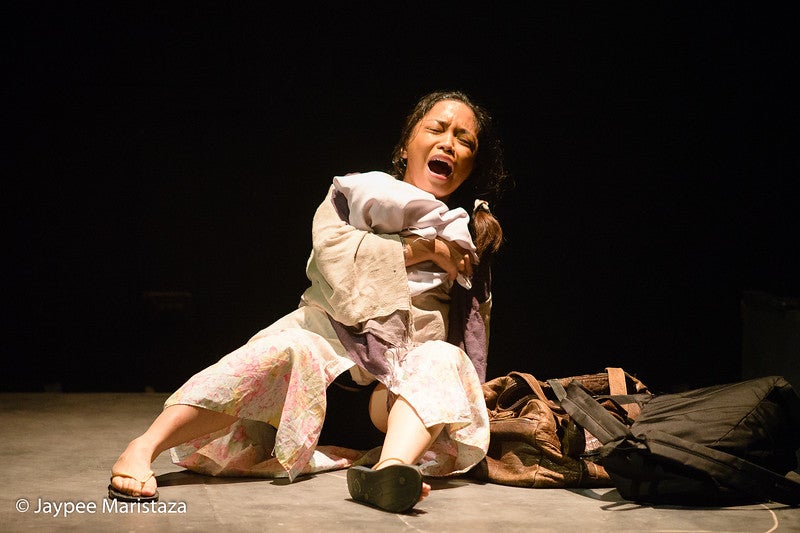 Late last year, theater actors and friends Jenny Jamora, Kalil Almonte and Renante Bustamante decided that the times were right for a revival of the landmark production. Jenny sums up the mission that fired their passion project (and turned them from actors to producers) when she says, “We can’t mis-remember our history”. 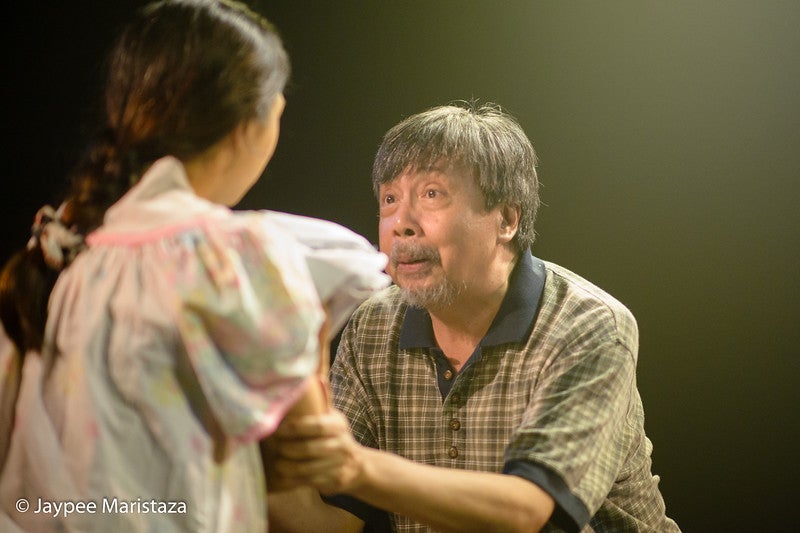 “Desaparesidos” is more than just a restaging or a revival of the 2016 production. Varela-Luarca has re-tooled his original text through constant workshops with a cast as equally committed to the mission, as well as the text of the novel. Brian Sy reprises the role of pivotal role of Roy, while Chic San Agustin-de Guzman takes on the role of Ana. They are joined by Teetin Villanueva, Brian Arda, Bodjie Pascua, Gigi Escalante, Maxine Ignacio, and Jewel Tomolin. 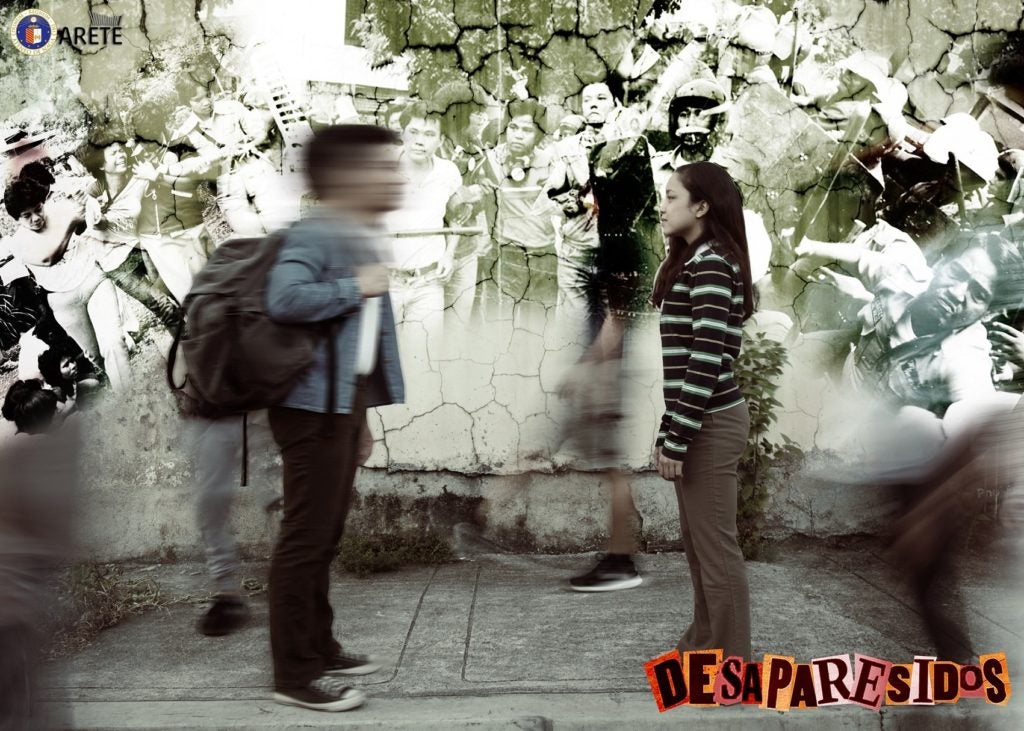 “Now, more than ever, students and young Filipinos need to see this play,” says Kalil. “ With so much misinformation about the dark period of our history, a work like ‘Desaparesidos’ can help change the way we think about the struggle we still face today. We have even formulated study guides for students and teachers so that they can analyze and discuss the play further. After every show, there will also be talk-backs with actual survivors of Martial Law atrocities. We really want to do all we can to help in changing the perceptions of what transpired then.” 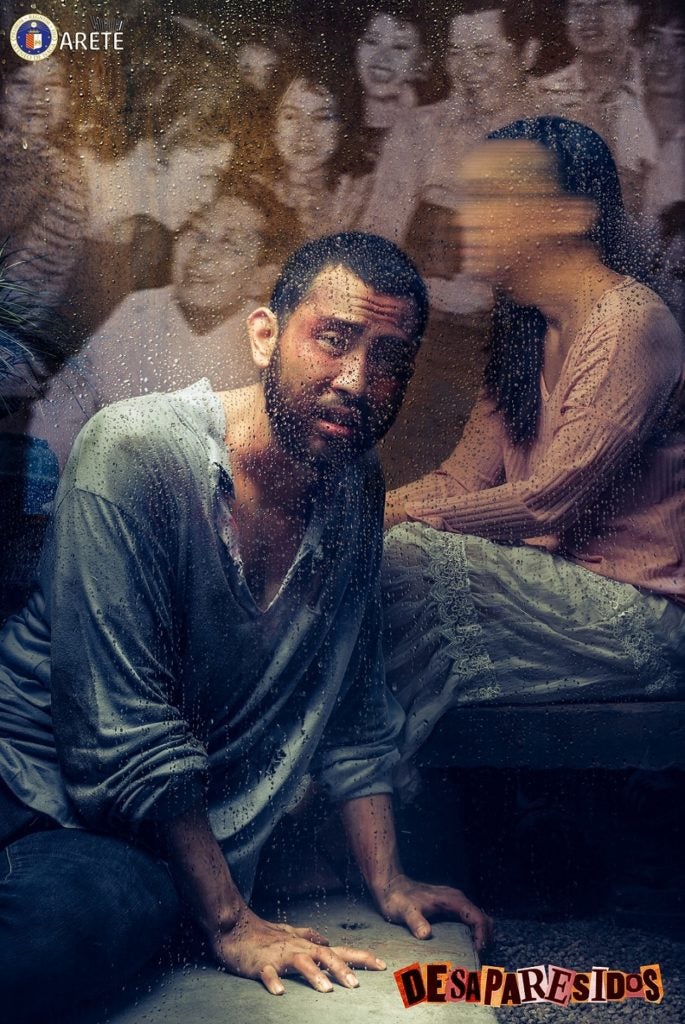 This new staging of “Desaparesidos” will open at the Doreen Black Box Theater, Areté in the Ateneo de Manila University campus in Loyola Heights on Aug. 17. It will run until Sept. 2. For ticket inquiries and reservations, text or call Kalil Almonte at 0917 327 8613 or Camille Guevara at 0917 823 9531.