Wanna One World Tour ‘ONE: THE WORLD’ in Manila 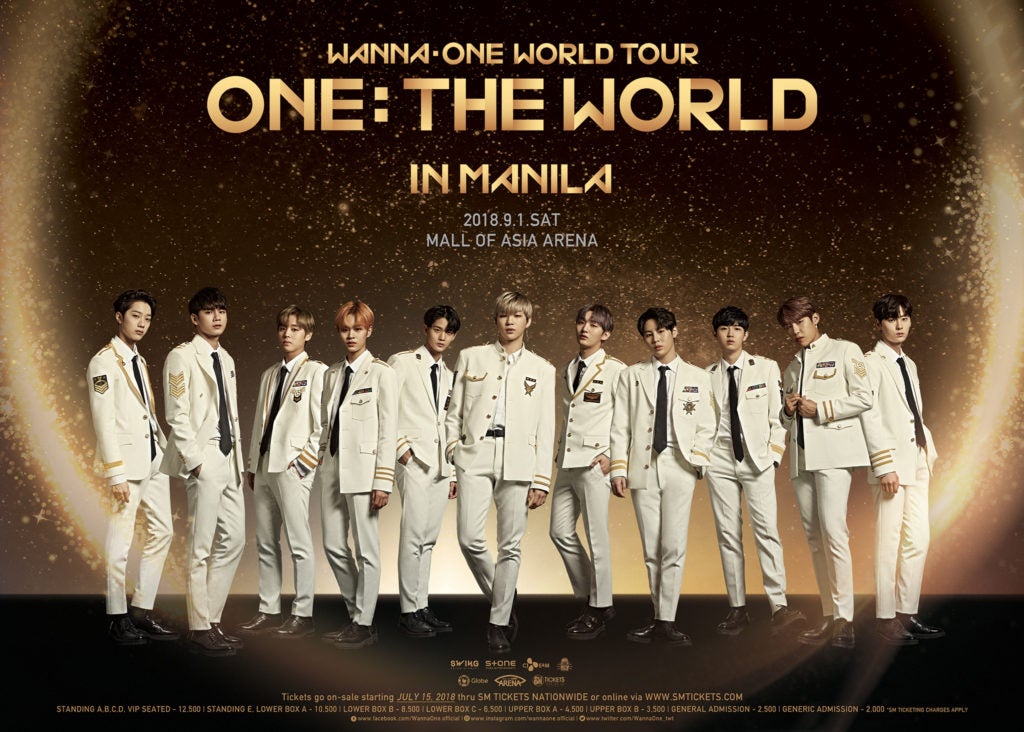 In 2017, they proved themselves to be KPop’s top breakout group. This year, Wanna One is gearing up to take on the world for the first time on such a grand scale.

PULP Live World is proud to announce that Manila will not only be part of this momentous and monumental tour—Wanna One World Tour in Manila, happening on September 1, 2018 at the MOA Arena, will also be the final leg of the group’s tremendous trek across the globe from Seoul to America to Southeast Asia. The one-night-only concert in Manila is sure to be a treat for PH Wannables looking to catch the boys in one unforgettable production.

This was followed by the release of the group’s debut EP 1X1=1 (TO BE ONE) which turned out to be a huge hit. Their debut music video, “Energetic,” topped the real-time music charts of multiple major Korean music sites like Melon, Genie, Bugs, Mnet, Naver, and Soribada—all within hours of its release. Additionally, the EP itself soared to the top of different iTunes album charts in 12 countries, including the Philippines. The repackaged album 1-1=0 (NOTHING WITHOUT YOU) also brought in more success for Wanna One, turning the rookie group into million-sellers just 101 days after making their debut.

More recently, with the release of their second mini album 0+1=1, the boys reached even greater heights. It ushered in the group’s “Golden Age.” The comeback EP dropped on March 19, 2018, surpassing 700,000 pre-orders before its release and breaking the group’s previous record. The previously released lead single “I PROMISE YOU (I.P.U.)” quickly topped six major Korean charts. The latest Wanna One EP sees the group continuing to skyrocket, making no sonic miscalculations as they multiply their talent and experience tenfold. 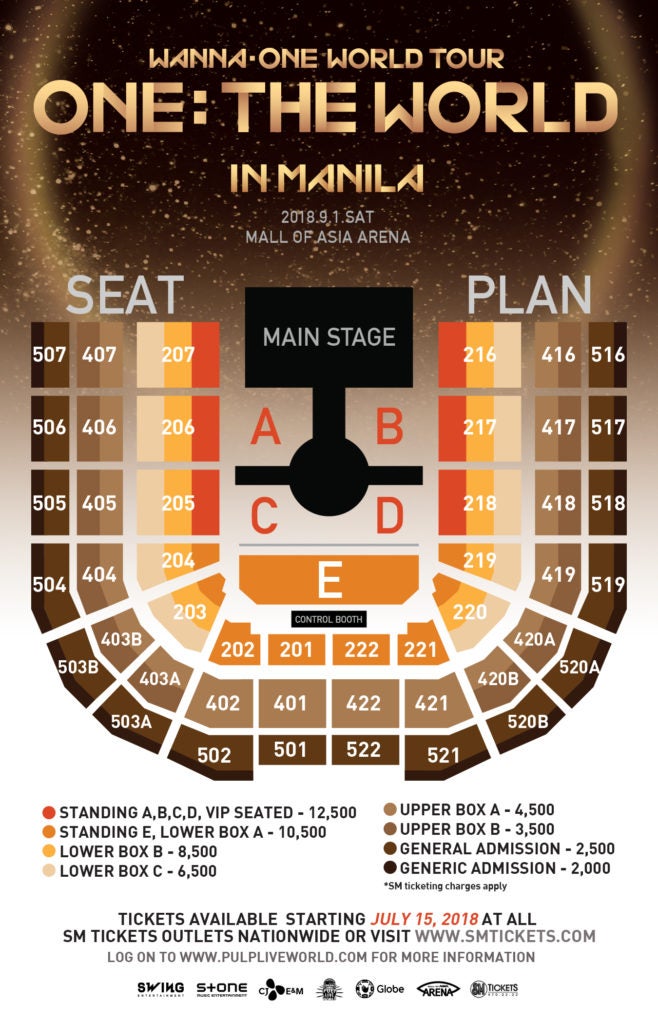 The group continues to make their mark, with the point of impact straight through the hearts of fans who expect nothing less from the boys in the duration of their stint as Wanna One. PH Wannables shouldn’t miss out on the group’s most stellar Philippine show yet as they paint Manila GOLD. Wanna One World Tour in Manila happens on September 1, 2018 at the Mall of Asia Arena. Show starts promptly at 7:30PM. This show is presented by Swing Entertainment, Stone Music Entertainment, CJ E&M, Globe and PULP Live World. Tickets will go on sale on July 15, 2018 (12NN) at all SM Tickets outlets nationwide and online thru www.smtickets.com. Ticket prices are as follows: Standing A,B,C,D, VIP Seated = Php 12,500; Standing E, Lower Box A = Php 10,500; Lower Box B = Php 8,500; Lower Box C = Php 6,500; Upper Box A = Php 4,500; Upper Box B = Php 3,500; GENERAL Admission = Php 2,500; GENERIC Admission = Php 2,000. Ticketing service charges apply.

MOA Arena
One: The World
pop culture music news
Pulp Live World
Wanna One
Wanna One World Tour 'ONE: THE WORLD' in Manila
INQPOP! Stories we think you might also like: