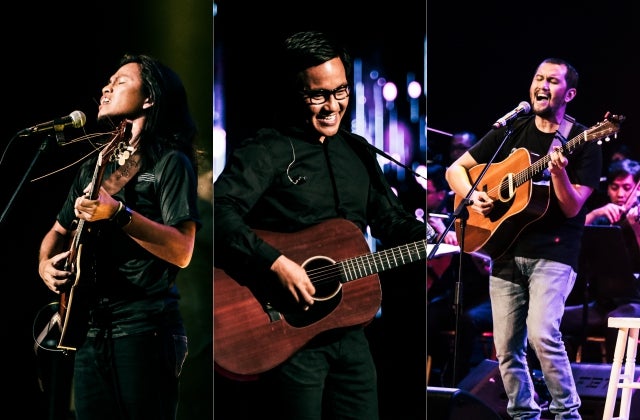 IN PHOTOS: IISA: The three movements of Danao, Dumas, and Dancel

If the rain gods figured that bagyong Domeng was a deterrent cruel enough to keep concertgoers inside their houses and out of Kia Theater, Cubao that faithful day of June 9, then they were very much mistaken. For if there’s one maxim worth falling under Kant’s categorical imperatives as a universal law, let it be this: Every staunch fanatic ought to give their fervent support to their beloved idols in their shows, rain or shine, come high water or otherwise. Or not.

It’s a hyperbolic statement that seems ridiculous if not laughable, if only the thousands of people who bought a ticket to 3D: IISA actually shut themselves inside away from the heavy rains. Except they didn’t, instead pigheadedly making their way to the concert without much concern — or with delayed concern, rather — that a couple of laters on, at 1 in morning specifically, the possibility of being stranded and Grab-less would be at an all time high. Talk about the luxury of escapable shock.

But these things were the least of the worries of those who came to watch 3D’s third concert thus far since their first anniversary production two years ago in 2016. Perhaps there’s just really something about Johnoy Danao, Bullet Dumas and Ebe Dancel — and their power to bring people together — that just cannot be suppressed by any adversity, natural or man-made. The show simply must go on.

Reese to Overture to Burnout

The IISA concert was opened by the ethereal gossamery of Reese Lansangan, beginning exactly at 7:58 p.m. It was 28 minutes later than the initial start of the show — the effect perhaps of the ongoing storm or, possibly, the inherent travesty that is Filipino Time.

Lansangan performed a number of her songs in the order of ‘Exploration No. 5’, ‘St. Petersburg’, ‘Home’, and ‘For the Fickle’. She was followed thereafter with an overture by The Manila String Machine orchestra, a composition that manifested into a fusion of Dancel, Dumas, and Danao’s most famous songs.

The trinity then surfaced from the shadows of the stage to perform “Burnout” together, the first of many songs that would eventually scale to a 4-hour performance and leave the audience frantic and breathless, and on the tip of their toes.

It was Johnoy Danao who first came onto the stage, his entrance a mild and gentle, somewhat hesitating stagger. It seemed an endearing sight for some; perhaps with 3D’s frequency in performing gigs over concerts, the presence of a huge audience impelled Danao to attempt and reach for the same kind of intimacy that only gigs offered within a small and cosy space.

But this was Kia Theater, and Danao, in an effort to keep things relaxed and casual, tried to make conversation with the thousands present and asked, “Wala ba kayong ganap sa buhay?”

He eventually revealed that he got married last December, eliciting cheers and kilig from the crowd.

Danao had the longest set out of the three, playing 10 of his songs, most of which he mentioned were his earlier, more-obscure pieces, with some written and dedicated to his now-wife.

Here’s when the differences in style among the three were made most glaring. Danao, who has a producer and composer’s critical ears, made use of the orchestra to give his performance elements of jazz. Some may initially think that the soundscapes of his set resembled chopsuey thanks to its incorporation of an array of instruments, but it eventually bared that the peppered sounds throughout weren’t so random and frenetic after all. The constant exchange of the instruments akin to stealing each other’s thunder were in actuality carefully curated, down to the saxophone’s timed lure, to every deep-bodied strike of the bongos, the riffs of the electric guitar and the pulsation of the drums.

Danao also introduced his special guest, musician Kakoy Legaspi, on stage for the last of his songs. Legaspi took to the harmonica and eventually the electric guitar for Danao’s last number, “Kahapon”, which was accompanied with the unpremeditated subdued singing of the crowd. By and large, it was the only possible way to have ended Danao’s meta concert-within-a-concert performance.

Contrary to the way a bullet travels down a gun’s barrel, Dumas walked out of the depths of the stage in a slow yet grounded manner. Like Danao, Dumas seemed a bit nervous and unassuming. This didn’t last for long, however, when Dumas broke into his first song, “Limguhit”, and showed the crowd that his voice was, and will always be, his machine gun, pelting the crowd with his guttural and visceral singing that could only possibly ever come straight from the soul.

Bullet’s set was accompanied distinctly with the violins and the cello, heightening his voice that was already a jolting force on its own, with his Waray twang a familiar sound to the ears of his most loyal of listeners.

Yet Dumas wanted to show another side of his artistry, and invited the Adea sisters, esteemed local prima ballerinas, who performed an interpretive dance on stage while he sang “Hain Ka”, a song he composed in Waray-waray. “Hain Ka” was a gentle and muted number that was almost antithetical to the Dumas most people knew. Dumas, however, shared that Wara-waray, although known to be strong and utterly accented, can also be as soft as it is heavy.

Dumas’ special guest was someone close to his heart. His last song, “Umpisa”, was set in motion by violinist (and girlfriend) Janine Samaniego, who treated the audience to an impeccable violin solo before giving the stage to her other half.

It was Ebe Dancel who played last, his performance being the essential thread that weaved the entire show together. Dancel’s voice was the culminating force: resonant, whole and deep, reverberating throughout the entire theater in such a way that was only his signature. His lungs were almost superhuman and, unlike Danao and Dumas, effortlessly played his first three songs with no break or sip of water.

His performance included “Huwag Ka Nang Umiyak”, “Kasayaw” which he dedicated to his mother, “Paalam Kahapon” among others, and saved “Bawat Daan” for last.

It’s evident that Dancel treated this concert as a personal affair, confessing to the listening crowd that he specifically wore his dad’s shoes to the concert. He also dedicated some of his songs to his siblings, nieces, and nephews who were sitting in the crowd, saying that it’s only usually in these concerts when he gets to spend time with them, thus making the show all the more special to him with the presence of his loved ones.

It was an experience that felt surreal — to Dancel and everybody else, it appears— as he shared to the crowd that he did not bring any guests on stage. Dancel, in all honesty, told the concertgoers that they themselves were, and have always been, his special guests.

And so with a request for a pause, Dancel put his guitar down for a moment and stared off into the audience, his eyes traveling perhaps each row of seats, trying to take in each and every face as much as he can, before exclaiming, in wonder, “Wow.”

The last song 3D performed together was a rendition of the hit ballad “Handog” by singer-songwriter Florante de Leon. As the confetti came down from the ceiling and 3D reached the end of their performance, they — seemingly in a bout of forgetfulness — turned to each other and asked, in all confusion, “Are we supposed to sing one more song?!”

They were. But it was a slight gaffe most forgivable, the three laughing over the slight oversight with the audience in unison before bowing, bowing to a deafening, standing ovation so loud it rivaled the storm outside the theater walls. It’s palpable there can only be three Ds in the picture. Domeng please. 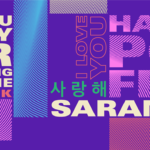 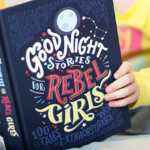 We found the perfect book for your future feminist children