Here in the trailer, we see Goku from the Dragon Ball franchise, Naruto in his Kyuubi form, and Luffy from fan-favorite series One Piece. Catch a glimpse of Light and Ryuk from Death Note as well, where they are teased at the end bit of the clip.

With its release slated for 2019, Jump Force is to be available on gaming platforms PlayStation 4, Xbox One, and PC via STEAM.

The greatest heroes and villains 50-years of the Japanese Weekly Shonen Jump manga will battle against each other across iconic locations on Earth in this anime fighting game fan’s dream come true! Create your three-character manga/anime dream tag team and take them into battle in hyper-stylish arena brawls!JUMP FORCE will be available in 2019 for the PlayStation 4, Xbox One, and PC via STEAM.

Based on the Gameplay Demo released by IGN a few hours after the reveal, each player will be able to form a team of three, where characters battle it out against another set of 3 assembled by the opponent player.

From the quick interview in the demo video, producer Koji Nakajima said fans do not need to wait long to know the other characters that will also be playable in the game.

We’re loving what we’re seeing so far—good graphics, interesting concept, and great gameplay. If you’re an anime fan and to a certain extent a gamer too, then pretty sure you’re as psyched as we are. InqPOP!/Fidea Encarnacion 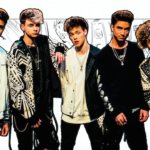 WATCH: Why Don’t We unveil ‘Hooked’ 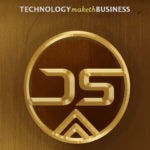