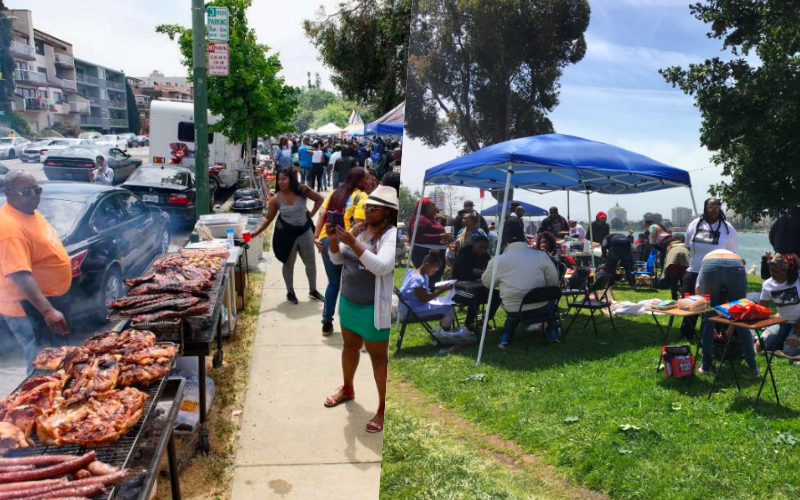 ‘BBQing while Black’: a community’s response to racism in Oakland

On April 29, a white woman called the cops on some black men having a barbecue at Oakland’s Lake Merritt. Her reason for reporting to the authorities was that charcoal grills, which the men were using, were not allowed in the park. This, however, was proven to be false as the men were at the park’s designated BBQ zone and were not breaking any regulations. The police arrived to respond to her call, but no arrests were made. An individual present during the confrontation took and uploaded a video which has since gone viral.

Aside from being called out for being racist, the white woman also spawned a new meme called “BBQ Becky“. The woman was photoshopped into various moments in history involving black people—snitching on Rosa Parks, on Soul Train, and even on the priest who officiated the Royal Wedding:

“I’m telling you she’s sitting in the front of the bus next to one of us” #BBQBecky #JenniferSchulte pic.twitter.com/nwzMwXhqux

“It was some type of gang ritual. Guys on one side, girls on the other, thrusting in the middle” #BBQBecky #ThisIsAmercia #JenniferSchulte pic.twitter.com/7BaxajO7kU

BBQ Becky even made it to Saturday Night Live’s Season Finale, with comedian Aidy Bryant playing the role.

But aside from the memes, the incident also reignited a discussion about the implicit racism in Oakland—despite it being at the heart of the liberal Bay Area and the city where the Black Panther Party was born—and the gentrification of the neighborhood. According to the East Bay Times, the high cost of housing has led to many of Oakland’s black residents becoming unable to live in the community they grew up in. In 2000, black people made up nearly 36 percent of the city’s population. But in 2016, they were only about 23.5 percent of Oakland’s residents.

As response to the whole BBQ Becky situation, hundreds of residents attended a massive cookout at Lake Merritt last Sunday. Called “BBQing while Black”, the event was organized to promote inclusivity in the community.

“This is about doing what we’ve already been doing and eat in peace, literally,” event organizer Logan Cortez said. “We’re not fighting for our rights; it’s already our right to do this.”

Check out some of the tweets from people who attended the event:

Nah y’all don’t understand how beautiful it was out there…man, folks was giving haircuts, kids was playing, sun was out, grills going, music thumping, all that black love spilling out!!! Straight beauty. Personally I just want to say thank you #bbqbecky for your stupidity

Hundreds of people at Lake Merritt today for #BBQingWhileBlack festival after #BBQBecky viral video sparked national conversation on racism. The message from attendees: Everyone is welcome here. #Oakland pic.twitter.com/KoIASw7vdm

There are hundreds of people at Lake Merritt enjoying the lake, grilling ribs and chilling https://t.co/hWLS2LDcI7 #BBQingWhileBlack pic.twitter.com/T0vtC0bZrV

‘This is America’, shitposts, and why not everything is meme material
Iowa man says he was racially profiled at a clothing store
Twitter reacts to Liza’s defense of her ‘Bagani’ role and Filipino heritage
Asians retaliate on Twitter after a casting director said “Asians are not very expressive”
Fast fashion brand is under fire for racially-insensitive ad 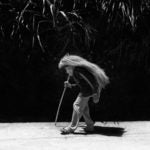 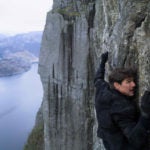