Carlos Alvarado, the 38-year-old former journalist who is now Costa Rica’s president, announced during his inauguration last week that he plans to have fossil fuels banned in their country in a bid to become the world’s first decarbonized society. 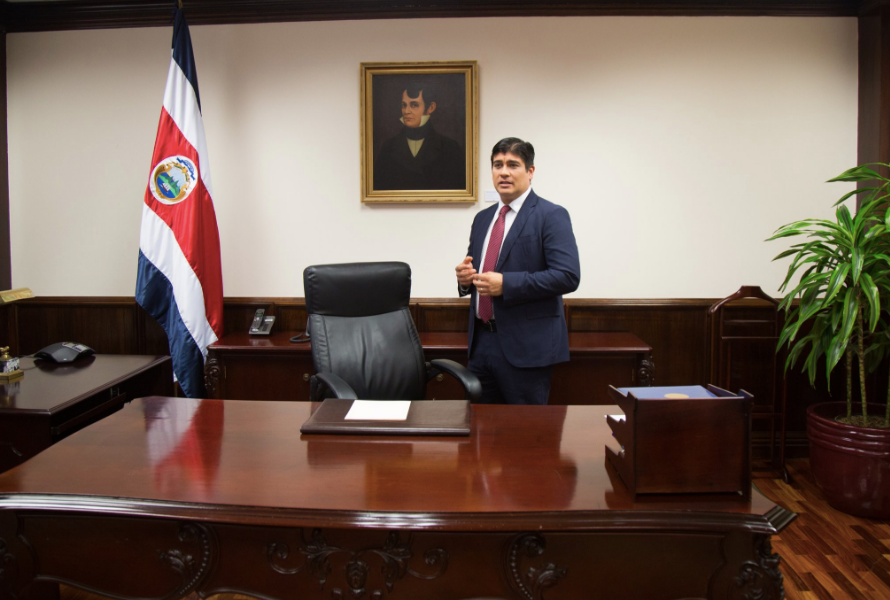 “Decarbonization is the great task of our generation and Costa Rica must be one of the first countries in the world to accomplish it, if not the first,” he stated. The president arrived at his inauguration on a hydrogen-fuelled bus, a symbol of his dedication to the goal he set out for his nation.

“We have the titanic and beautiful task of abolishing the use of fossil fuels in our economy to make way for the use of clean and renewable energies.”

President Alvarado further stated that he plans to implement the fossil fuel ban in 2021, which marks Costa Rica’s 200th year as a sovereign country.

“When we reach 200 years of independent life, we will take Costa Rica forward and celebrate … that we’ve removed gasoline and diesel from our transportation,” he said.

While totally banning the use of fossil fuels seem a daunting task, Costa Rica just might be able to pull it off. According to the Costa Rican Institute of Electricity (ICE), 99.62 percent of the entire country’s electricity was produced  from renewable energy sources for 300 days in 2017. ICE reported that 78.26 percent of electricity came from hydropower, 10.29 percent came from wind, 10.23 percent from geothermal energy, and 0.84 percent came ​​from biomass and solar energy.

Costa Rica did the same thing in 2015, when they were able to go 299 days without burning fossil fuels for electricity, and in 2016, when they were able to operate for 271 days on renewable energy. However, there is still a lot of work to be done in order to achieve their zero fossil fuel goal in 2021—their renewable energy sources currently only cover electricity. Other forms of energy consumption, like heating and fuel for vehicles, still rely on oil.

One of the biggest challenges to this goal is transportation, given that the demand for vehicles has only increased in the last years.

“If there’s no previous infrastructure, competence, affordable prices, and waste management, we’d be leading this process to failure. We need to be careful,” Oscar Echeverría, president of the Vehicle and Machinery Importers Association of Costa Rica, said in an interview with The Independent.

Despite these challenges, Costa Rica’s commitment to sustainable energy sources sends out a powerful and important message to other countries of the world.

London installs pollution-absorbing ‘bench’ as effective as 275 trees
These ‘Gumshoe’ sneakers are made from recycled chewing gum
LEGO set to launch first bioplastic collection made from sugarcane
‘This is America’, shitposts, and why not everything is meme material
Why cigar factories in Cuba have storytellers that read to their workers