UniKitty! debuts on Philippine TV to brighten your day 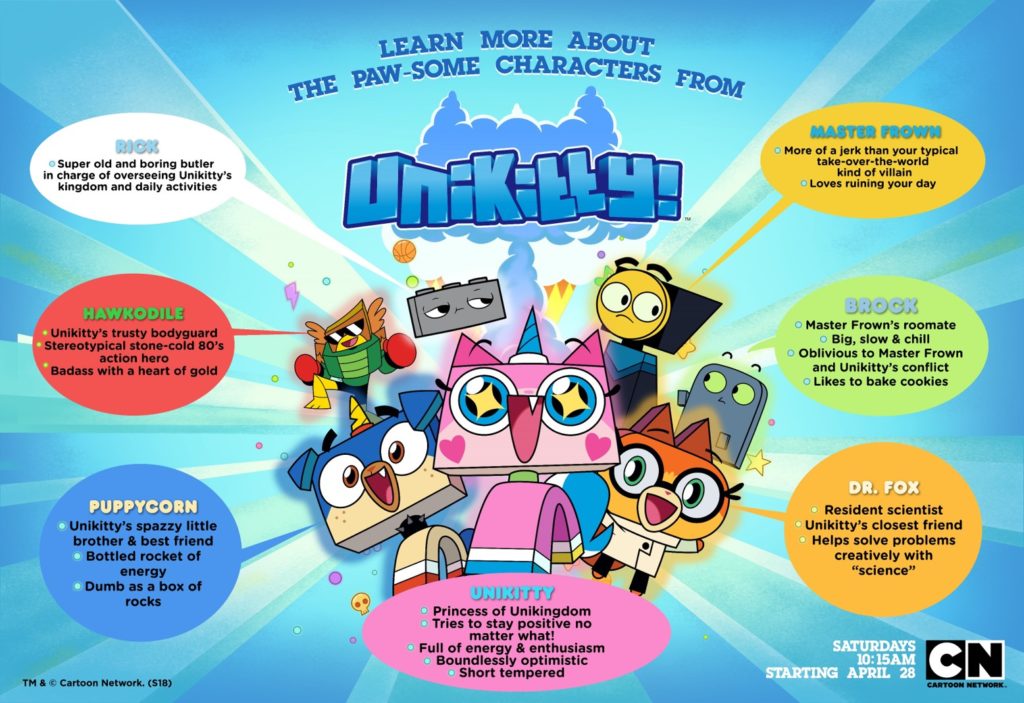 This April, it’s all smiles and good vibes as Cartoon Network is set to premiere its newest animated comedy show UniKitty! to give you more reasons to laugh and be positive!

UniKitty! is the story of Princess Unikitty, the cheerful and whimsical ruler of Unikingdom, whose mission is to spread happiness and positivity throughout the kingdom and prevent Master Frown from doing his bidding. Aiding her in her mission are her clueless but kind-hearted brother Prince Puppycorn, her bodyguard Hawkodile, her friend scientist and inventor Dr. Fox, and her trusted aide, Richard.

The Danish-American fantasy comedy is one of the newest shows on Cartoon Network, developed by Ed Skudder and Lynn Wang based on the character of the same name from the 2014 animated adventure film The LEGO® Movie by Warner Bros. Pictures. In the show, Unikitty is voiced by veteran voice actor Tara Strong, who is known for her work on The Powerpuff Girls, Ben 10 and Teen Titans, among others.

Unikitty first appeared on The LEGO® Movie in 2014 as a Master Builder from Cloud Cuckoo Land. The character was considered one of the highlights of the film by fans and critics alike, leading to her getting her own line of mini-figures and playsets, and later, her very own show full of adventure, excitement and dance parties!

Get ready for a whirlwind combo of sparkles, monster punching and fun with Unikitty and her friends every Saturday! Tune in to the first episode of UniKitty! this coming April 28 at 10:15am, only on Cartoon Network.

Watch out for more UniKitty! and enjoy exclusive content featuring your favorite Cartoon Network characters by visiting CartoonNetworkAsia.com or be in the loop on social media by connecting with the number 1 kids’ channel on Facebook.com/CartoonNetworkAsia and Instagram.com/cartoonnetworkofficial.