Fans unravel bittersweet truth in this ‘Grave of the Fireflies’ poster

After 30 years since it was released, Studio Ghibli’s Grave of the Fireflies brought its fans to tears once again. This was after fans uncovered a heart-wrenching truth hidden in one of the film’s promotional posters.

At first glance, it seems that Seita and Setsuko are merely admiring the fireflies. But when you adjust the color of the poster, you’ll notice that it’s not all fireflies. Some of it were actually bullets that came from the plane above the siblings.

What was ironic was that these two seemed to share a rare moment of joy admiring the field of fireflies — only to realize that looming in this sweet moment is the reality of war. And fans couldn’t help but express how much they cried after watching this film.

I cried so much, I was in a depression crisis when I watched it. I couldn't go out for like two days. I had to heal watching other stuff. Listening to music trying not to think about it

how many times can my heart break over grave of the fireflies?

I actually just got watery-eyed sitting here in this bus and looking at my phone. I really might cry. 😢

Those images instantly provoked the exact feeling of despair I felt when I first watched it, at least a decade ago. What a powerful film.

The Grave of the Fireflies is a Japanese animated film released in 1988 written and directed by the late Isao Takahata. It was based from semi-autobiographical short story of the same name by Akiyuki Nosaka. The film is about the two siblings who were desperately struggling to survive in Kobe city during World War II. Because of its powerful depiction of the realities of war, it became one of the most critically acclaimed war films ever made. And it continues to rend hearts even after 30 years.

Read more from InqPOP!:
LOOK: These Studio Ghibli blueprints are as superb as the animation 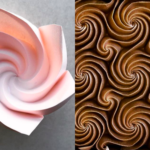 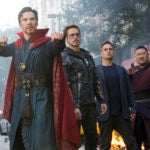