Having a disability was never a choice for people who have lived their lives with it. It could either be a condition they were born with, from a traumatic experience, or a life-changing accident. Given the chance, anyone with a disability would do everything to live a normal and fully functional life — a life without being referred to as disabled.

In an ideal world, nobody would be living their lives chained to a wheelchair or hooked on machines. But apparently, in this appalling reality we’re living in, some perfectly healthy human beings want to be disabled.

Chloe Jennings-White is probably the most notable among those who consider themselves to be a “transabled” person. According to a report from the National Post, Alexandre Baril (a feminist, gender and sexuality studies professor) defines transability as “the desire or the need for a person identified as able-bodied by other people to transform his or her body to obtain a physical impairment.” 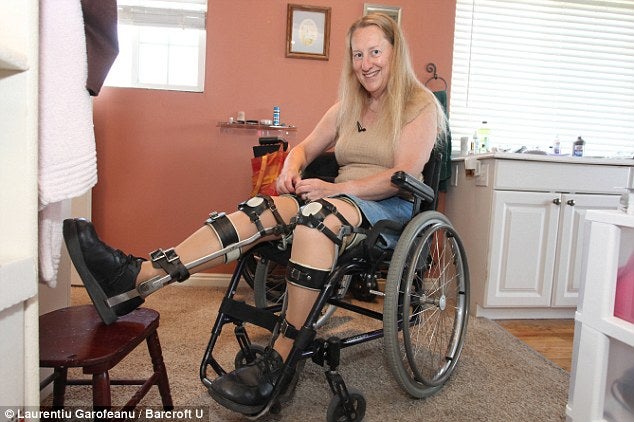 Transabled people feel like their physical body is disintegrated with what their mind identifies or understands themselves to be. They feel like certain parts or functions of their bodies do not belong to themselves. Transability is said to fall under Body Integrity Identity Disorder (BIID, also known as Amputee Identity Disorder), a psychological disorder wherein healthy individual are known to physically harm themselves in order to be deemed disabled.

They tend to “arrange” accidents or create self-inflicting harm such as cutting their own limbs, blind themselves, or driving themselves into a crash that would leave them paralyzed. They can go from wanting to be blind, deaf, amputee, or in Chloe’s case, a paraplegic.

Paraplegia is a motor or sensory function impairment of the lower extremities and Chloe uses leg braces to get that paraplegic feel, or to be paralyzed from the waist down. The thing is, unlike those who really suffer and were clinically diagnosed with paraplegia, Chloe can just take off her leg braces and be back on her feet — with full function of her legs. 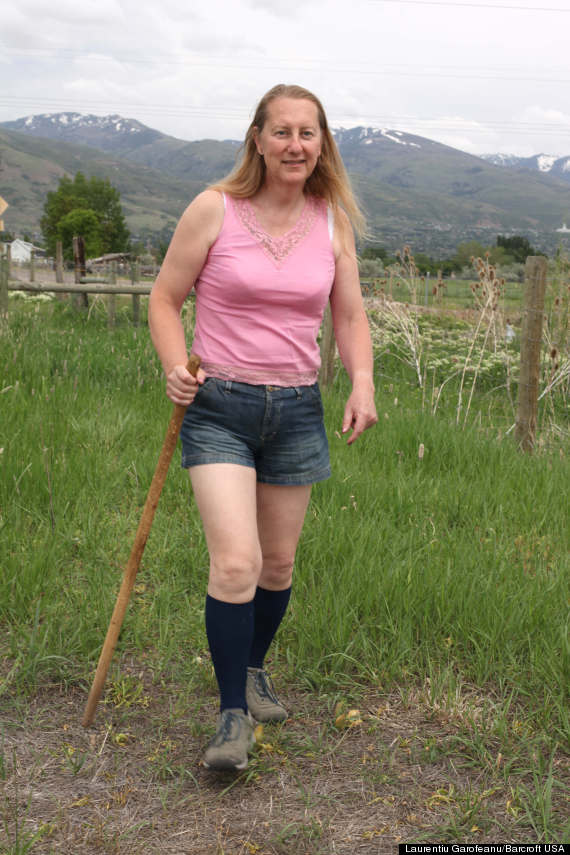 “Something in my brain tells me my legs are not supposed to work. Having any sensation in them just feels wrong,” she told the Daily Mail.

Chloe is also reported to be looking for a doctor who would sever specific nerves connected on her limbs that would leave her paralyzed from waist down. She shared on HuffPost UK that doing any activity that gives her the chance of becoming paraplegic gives her a sense of relief from the anxiety caused by the BIID.

Many people, particularly those with actual disabilities, condemn transability becoming a “thing” these days. To them it is an insult to those who are suffering from conditions that made them wheelchair-bound, changed their lives with their body not being able to do things it can before, and have long fought societal norms pertaining to people with disabilities.

Is this ACTUALLY a “THING”? This crosses the line. ENOUGH! It’s hard enough for ppl w/“invisible” disabilities, like autoimmune or mental disorders, to be taken seriously, even by loved ones. They’d do ANYTHING to have full function to pursue their dreams! Bad karma: #Transabled https://t.co/pFzBjHY4y6

People like this make me sick. Too many people that actually have a legitimate disability (physical or mental) that they didn't ask for. These #Transabled fools need to be made an example of. https://t.co/XlXT2lMM0I

#Transabled may be the saddest/most ridiculous term I've ever read. I have cerebral palsy, and, while I love my life, no one should ever choose this. Disability isn't better, not necessarily worse, but not better. Obviously parents need to give more hugs. https://t.co/E9moWPMMxn

Quit comparing #Transracial and #Transabled to #Transgender. These people just want to attract attention to themselves even if it means damaging the profound growth and acceptance we aspire for our transgender community. #LGBTQ #trans

While many may argue that transability is nothing but adding insult to real injuries, others counter that it is important to recognize that it is a disorder — one that a person with it has no control of.

Another word for people who intentionally remove arms & legs with power tools is 'mentally ill.' We need to help them, not normalize their behavior. #Transabled https://t.co/bW9StVfaAL #Trump2020

But they they ARE disabled. They don't have a functional brain.#Transabled #MentalHealthMatters https://t.co/c3LWkTWx5Q

Events company rising up from the pandemic opens online store