4 magical things all Potterheads can look forward to this 2018

We’re just halfway through the first month of 2018, and yet things are already looking good (and magical) for Potterheads around the world! With all the news we’re receiving about Harry Potter, there’s no denying that it still continues capture the hearts of people from all ages.

And if you’re like Neville Longbottom who seems to just keep forgetting things, we’ll be your “remembrall” and give you a quick rundown of these magical things you need to watch out for this 2018.

Voldemort: Origins of the Heir – An unofficial fanfilm

A prequel to the Harry Potter film series — this unofficial fan-made film depicts the story of Tom Riddle’s rise to power and how he became the most feared wizard Lord Voldemort. Though the film in itself cannot be at par with the other Harry Potter films, it has been well-praised for its astounding visuals and cinematography despite having a crowdfunded budget of only 15,000 pounds. And as of this writing, it has gained over 9.4M views on YouTube since it was released last January 13.

Get those Butterbeers flowing because this 52-minute film will keep you hyped until the upcoming Fantastic Beasts: Crimes of Grindelwald is finally released.

If you just don’t dig the fan-made flick, don’t fret. Pottermore recently announced that Potterheads can now experience going to Hogwarts through an upcoming mobile game. A teaser of the Harry Potter mobile game has been released and it looks superb!

Better make room in your mobile storage for this because it’s going to be available soon!

The Harry Potter books will get a new makeover

Part of the 20th year celebration since the US publication of Harry Potter: The Sorcerer’s Stone, Scholastic Corporation — an American publication — partnered with award-winning artist Brian Selznick to illustrate seven new covers for the series. And guess what, it will be released on July!

Oh dear, we can’t wait to see how they’ll look!

The controversial and much-anticipated sequel to Fantastic Beasts And Where to Find Them has been teasing fans with new stills from the film! Warner Bros. recently released a sneak peek of Jude Law as the Young Albus Dumbledore and we’re excited how he’ll play the role.

We still have ten months more to go before it finally comes out in theaters on November. For now, we can always binge-watch all the Harry Potter film series or even, binge-read all the books! 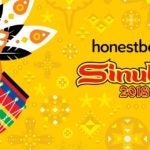 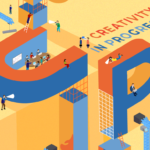 CoSA wants you to reconstruct your creativity through PULP!