Keira Knightley is a multi-awarded actress who has starred in films like Pride and Prejudice, Anna Karenina, Atonement—movies that take place in a historical past rather than in the present. In an interview with Variety for yet another historical film she is set to headline, Keira explained that she really does prefer to do historical pieces rather than modern-day films.

“I don’t really do films set in the modern day because the female characters nearly always get raped,” she said.

“I always find something distasteful in the way women are portrayed, whereas I’ve always found very inspiring characters offered to me in historical pieces.”

Not to say that she doesn’t have any modern-day films—Begin Again and Love Actually are pretty current—but the most memorable and moving performances of Keira are always those of passionate, strong-willed women from history. In A Dangerous Method, she portrayed Sabina Spielrein, a Russian physician who worked as one of the first female psychoanalysts and was a student-turned-colleague of Carl Jung and Sigmund Freud. In The Imitation Game, she played as Joan Clarke, a brilliant cryptanalyst who worked alongside Alan Turing in order to decipher Nazi Germany communications during World War 2. The Enigma Project, as their work is now referred to, helped shorten the war and save millions of lives. And in The Duchess, she portrayed the titular role of Georgiana Cavendish, Duchess of Devonshire, who refused to be just another pretty royalty and pushed to be in the forefront of politics long before the fight for suffrage began.

Keira Knightley’s newest project, set to be released this year, is a historical biopic titled “Colette“. It is about the female French writer from the 1870s who rose to popularity from an abusive marriage (her husband, also a writer, took her works as his own) and was eventually nominated for a Nobel Prize in Literature in 1948.

“Within her writing, Colette was questioning the idea of gender and the idea of what was naturally feminine as opposed to society’s take on being feminine,” Keira said.

“The 1890s in France, the belle époque, is interesting to look back on because there was a lot of sexual freedom. Colette had female lovers and had what I suppose we would call a transgender lover. She felt that it was her right to experience pleasure and to give pleasure. That’s still a revolutionary idea for women,” she added.

When asked whether she thinks more modern-day films now have better roles for women, she was optimistic.

“There’s been some improvement. I’m suddenly being sent scripts with present-day women who aren’t raped in the first five pages and aren’t simply there to be the loving girlfriend or wife,” she answered. She also noted that streaming sites like Netflix and Amazon are now putting out films with strong female characters and that are centered on female narratives.

But she also said that there is still much to be done in order to create a fairer film industry, starting with the people who are behind the cameras:

“When there are female writers and directors and producers, the parts for women are better, and so the way that society views women through drama is much better and much more well rounded.”

Colette is set to be premiered at the Sundance Film Festival this January 20. 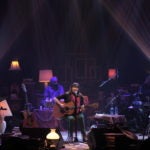 IN PHOTOS: Cynthia Alexander launches new album ‘Even Such Is Time’ at homecoming concert 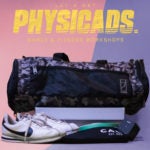