Every chef has a different style of preparing food. For many of these traditional chefs, preparing food is all about finding the right tools and gadgets to make cooking easier. But for artisan cooks, the typical materials used in preparing dishes are not sufficient enough in creating their edible masterpieces. In some cases, these cooks even go to the extent of using bizarre techniques to create their signature dishes. This one home cook, in particular, has a strange way of preparing food– it’s called ‘mouth cooking’, and yes, it’s as weird as it sounds.

In this video uploaded by YouTube user Nathan C, Ava Godfrey demonstrates what mouth cooking is all about through this step-by-step recipe for turkey stuffing — and it’s a method of food preparation and cooking you don’t see every day.

Warning: Don’t watch if you have a weak stomach. Seriously.

As you can see in the video, mouth cooking is all about placing each ingredient in your mouth, chewing on it, and then spitting it out on a bowl before cooking. This means no utensils or knives will ever be used to slice, dice, and mix the ingredients. And this includes having to gargle raw egg in order to whisk it. 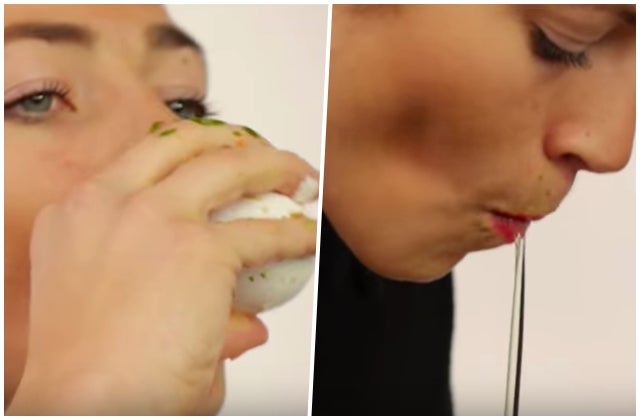 Since the video has been uploaded last December 22, a number of online users shared negative responses to the bizarre method of cooking. Here are what some of them had to say about it:

We get that we have evolved from primitive practices such as this, but why go back?

Don’t make us explain the reason behind this action–we’re just as clueless as you. It could be a stunt, or part of an online challenge we may have never heard of. Either way, forgive us for saying: