LOOK: Children’s book tells the story of a gay and African-American Santa Claus

Many of us often see Santa Claus as a jolly old Caucasian with large rosy cheeks and an infectious smile.  But in the children’s book “Santa’s Husband,” author Daniel Kibblesmith explores the possibility of Santa being of another race and sexual identity. 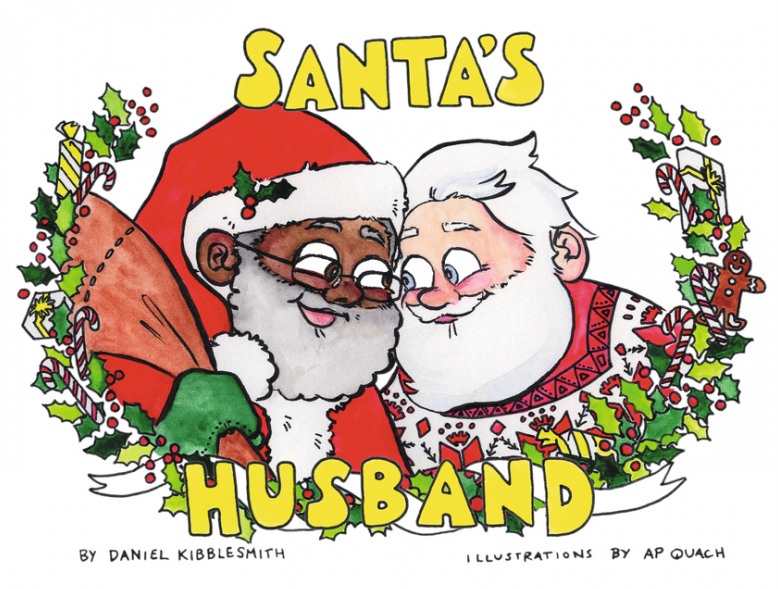 In Santa’s Husband, an African-American Santa Claus and his partner equally share the responsibilities of taking care of business in the North Pole. This includes double-checking the naughty and nice list, feeding the reindeers organic and gluten-free snacks, and keeping peace among the elves as Christmas day approaches.

Despite the negative comments some readers may have regarding Santa’s sexual preference and race, Santa’s Husband proves to be an endearing story of a couple who continue to make Christmas the jolliest holiday ever.  Vice .com even describes it as “a genuinely sweet story that depicts a sound, joyful marriage.”

Surprisingly, many Twitter users have been showing support for the children’s book with #SantasHusband. Here are some of the comments they have about it:

Can we just… #SantasHusband is not a parody, it's a sweet children's book. The existence of gay people is not inherently hilarious, @BNBuzz. https://t.co/BGYtXHkIBm

I want to buy #SantasHusband but I don't have any kids

My dad sent this link to me under the comment "a truly disgusting attack on childhood," so I'm reposting it here with the comment that this is brilliant, I have no kids, & I'm fucking buying this book cos of the amazing message of inclusiveness, congrats #SantasHusband https://t.co/3ZtPoswqlN

RT to piss off all the racists and religious far rights out there in Trumplandia. Merry Xmas! #SantasHusband #Santa pic.twitter.com/DxwkO6SgKM

We’re definitely thrilled that Kibblesmith showcased another version of Santa Claus that speaks to many individuals everywhere. And here’s to hoping it continues to get more positive responses from readers as the Christmas day approaches!