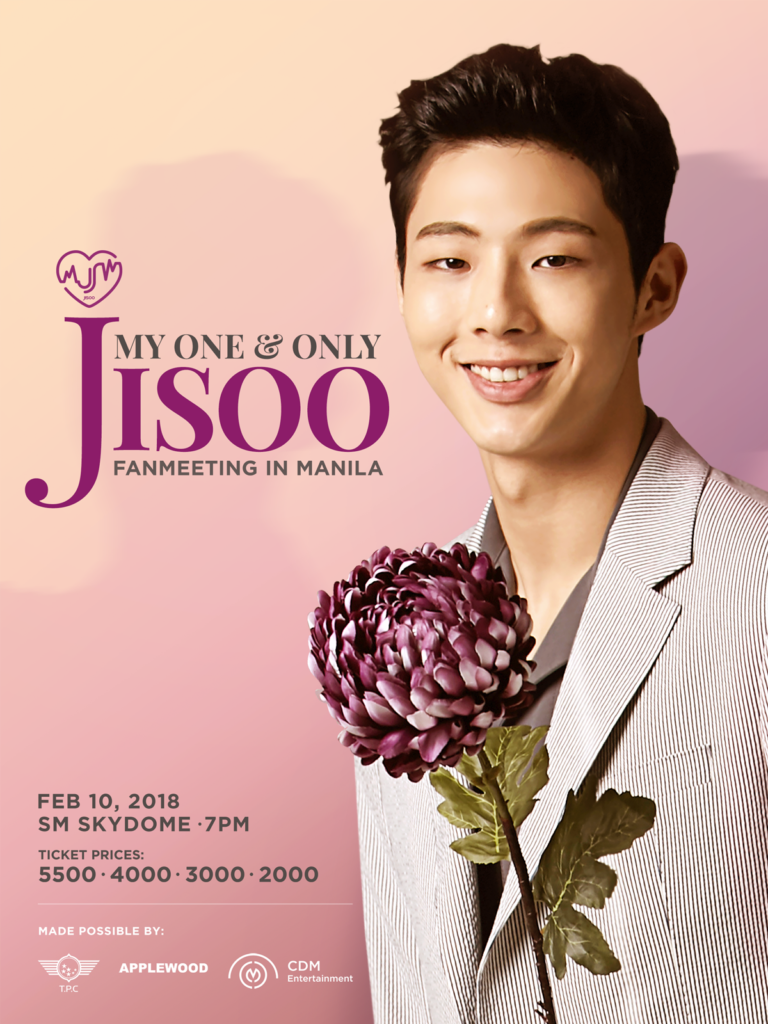 One of South Korea’s fastest rising stars and ultimate heartthrob, Ji Soo, is set out to win hearts and serenade his Filipino fans, with a chance to see him up close and personal for the first time for the “Ji Soo, My One and Only,” fan meeting happening on February 10, 7PM, at SM North Edsa Skydome in Quezon City.

Tickets will go on sale on December 16 at all SM Ticket outlets and online at www.smtickets.com. Ticket charges apply.

“Ji Soo, My One and Only” is brought to you by Prain TPC, Applewood, and CDM Entertainment.

Ji Soo
Ji Soo My One and Only
Korean actor Ji Soo will serenade Pinoy fans on his first fan meeting in Manila 2018
pop culture
pop culture news
INQPOP! Stories we think you might also like: