Everyone in the restaurant was asleep, so this hungry customer cooked his own meal

Sometimes we find ourselves hungry in the middle of the night when everyone else is asleep and the stores are most likely closed. But when you’re hungry (and probably drunk), you know you’ll do whatever it takes to just satisfy your cravings.

So when this guy had a late-night craving for some waffles, he knew he had to find them and eat them by all means — even if he has to cook them by himself on a restaurant where all the staff were fast asleep.

Couldn't sleep so I went to waffle house….guess what…everyone on shift was asleep

Alex Bowen shared on Facebook that he went to a local waffle restaurant in Columbia to buy some waffles because he couldn’t sleep. It turns out, all the employees in the said restaurant were fast asleep during their shift.

Bowen told ABC News that it was around 3 a.m. and he had a few drinks that day. He waited at the register for 10 minutes and when no one attended to him, he decided to just cook his own damn food. He even took selfies while doing it! 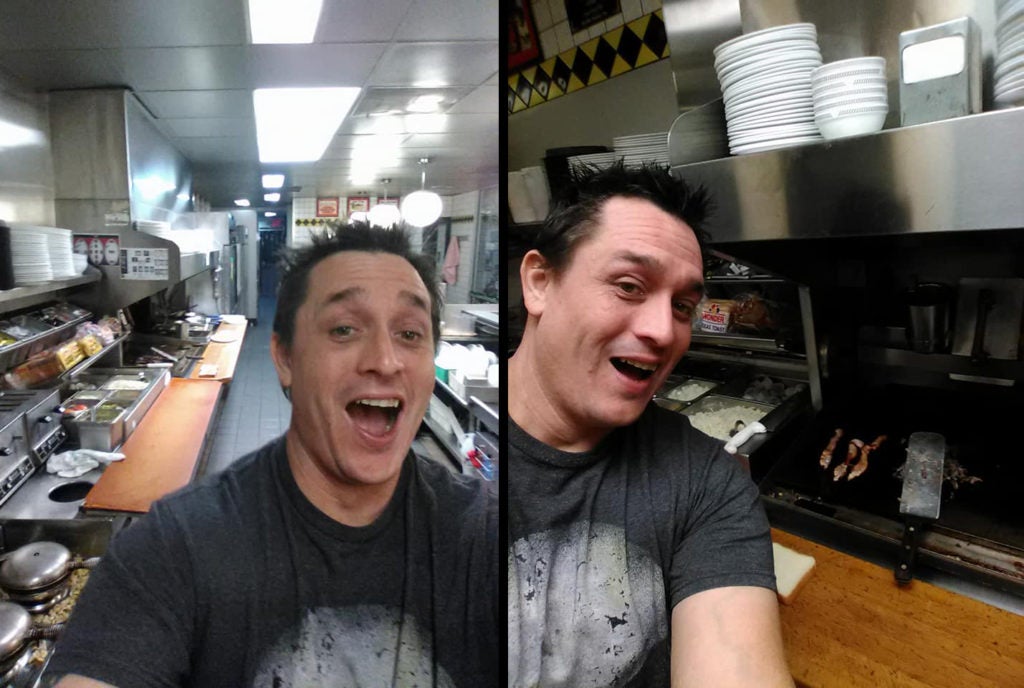 After preparing his meal, he wrapped it up, cleaned his mess, and finally saw a sleeping employee before leaving. Bowen clarified that no one else entered the restaurant while he was cooking and he went back later that day to pay for his food.

After his post went viral online, the management of the restaurant decided to take disciplinary actions and suspended the sleeping employee for a week.

Well, at least he didn’t get fired. I mean, the customer could’ve cleaned not just his mess after cooking, but also the cash register!