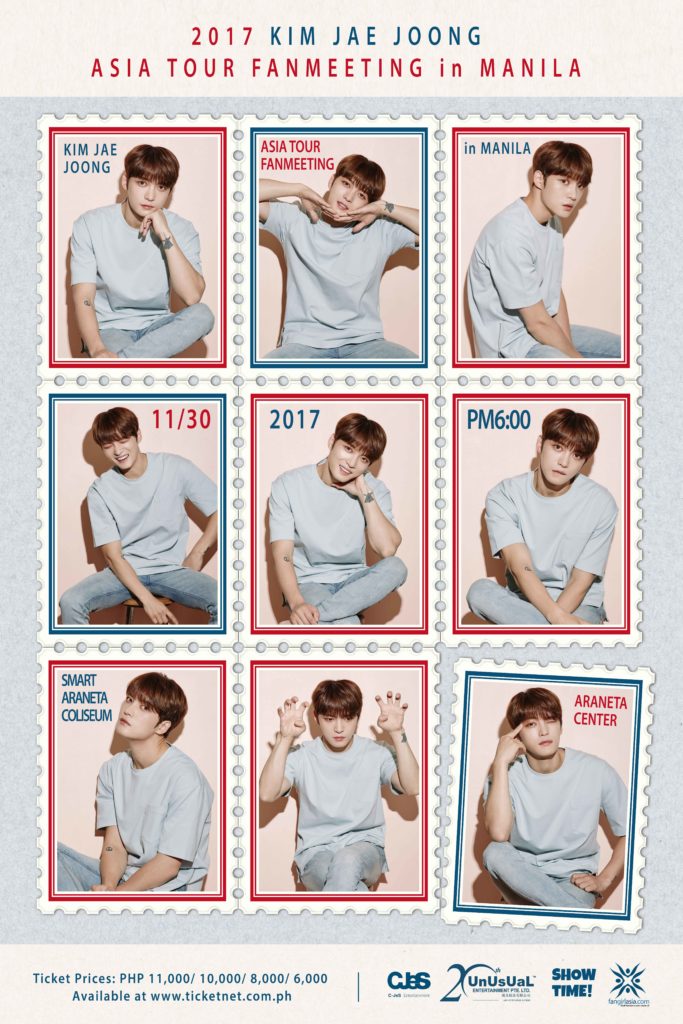 Fans have been clamoring for singer-actor Kim Jae Joong to come to the Philippines since his debut in 2003 and finally, the long wait is over as for the first time ever, he will hold his first official fanmeeting event, “2017 Kim Jae Joong Asia Tour Fanmeeting in Manila,” on November 30 at the Smart Araneta Center in Cubao, Quezon City.

The 2017 Kim Jae Joong Asia Tour Fanmeeting in Manila is part of the top artist’s Asia Tour which kick starts in Seoul this October. Tickets to the Seoul leg of his fanmeeting tour sold out in just one minute and fans are excited for the singer-actor’s first official event following the completion of his comeback project, the drama series “Manhole.” It will truly be a memorable event for the fans of this world-class artist as Kim Jae Joong will not only have fun interactions through Q&A and games, but he will also wow the audience with his impressive vocals and acting skills.

Considered to be one of Korea’s “hottest” stars, Kim Jae Joong has swept the hearts of many with his good looks coupled with his powerful vocals. He proves himself to be a truly versatile artist as he has not only built a career as a top singer but has also been making his name known as an actor.

Aside from his activities as a member of the group JYJ, Kim Jae Joong has also released two full length solo albums, “WWW” and “No.X,” which both made their debut at the top of the charts and has performed soldout shows in Japan, China, Thailand, Taiwan, and Hong Kong.

He has also acted as the lead character in the films “Heaven’s Postman” and “Jackal is Coming” and also starred in six drama series including “Sunao ni Narenakute,” “Protect the Boss,” “Dr. Jin,” “Triangle,” “Spy,” and most recently, “Manhole” wherein he starred alongside actress UEE. He steadily gained recognition for his acting and received awards with the most recent being the Top Excellence Award at the 7th Korea Drama Awards. 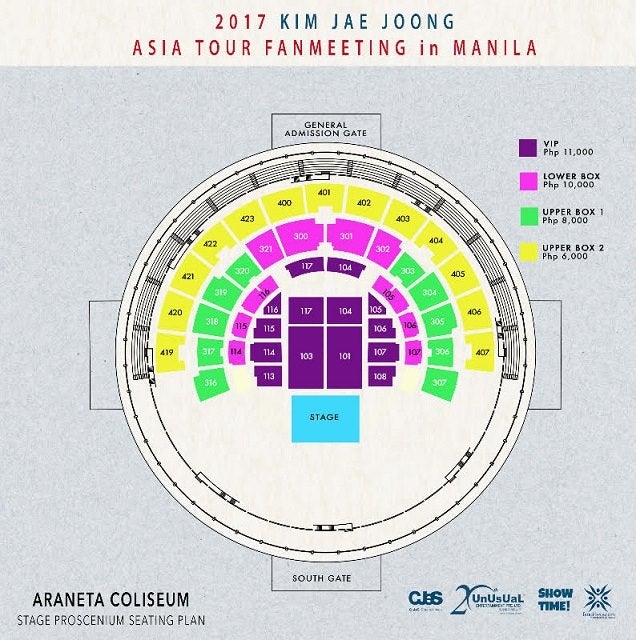 The 2017 Kim Jae Joong Asia Tour Fanmeeting in Manila is presented by Unusual Entertainment supported by Fangirlasia and Showtime Thailand. It will be held on November 30, 2017 at Smart Araneta Center, Cubao, Quezon City. The fanmeet event starts at 6:00 pm. Tickets will be available starting October 21, 2017, 10 a.m. at all Ticketnet outlets or online. For inquiries, contact Ticketnet at (02) 911-5555 or Fangirlasia at [email protected] or (+63) 916-231-1512.