Are you tough enough to endure this brutal tattoo?

Oftentimes, we associate tattoos with something special — either a commemorative symbol of a lost loved one or an ode to a person’s favorite literature. But sometimes, you’ll see tattoos that are just so bizarre, you’ll be all ZOMGWTF!

Recently, InqPOP! came across these works by the artists of Brutal Black Project and the designs look baffling and, as their name implies, brutal. 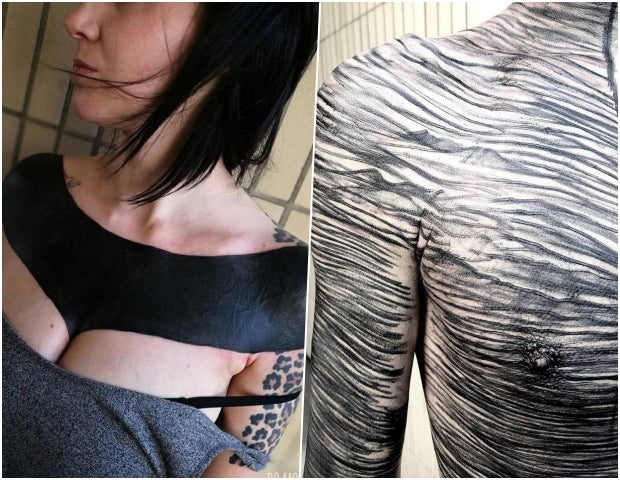 Brutal Black Project is a tattoo shop with a team of artists whose focus is on the actual pain of the process rather than on the design. “For Brutal Black Project, the most important [part] is the experience. It’s like a rite of passage — a ritual — that we believe we want to push our body physically to it’s limit,” says Brutal Black Project founder Cammy Stewart in a video with Vice.

Stewart and his co-founder, Valerio Cancellier admit that this wasn’t the initial plan for Brutal Black Project. In the same video, Stewart explains, “In the beginning, we were more structured in how we went about making the tattoos — more traditional. We would use a stencil and someone would do the drawings, etc. But after seeing how people reacted to getting the tattoo, we [knew that we] would change the concept. And it became more about freedom of what can someone [endure] without constraint.”

Most of the tattoos done in the shop occupy a huge portion of the client’s skin and these tattoos are done for free in black ink.

Though this tattooing concept may scare many, there is a surprising number of individuals who endure long hours of tattooing. Here are the photos to prove it: 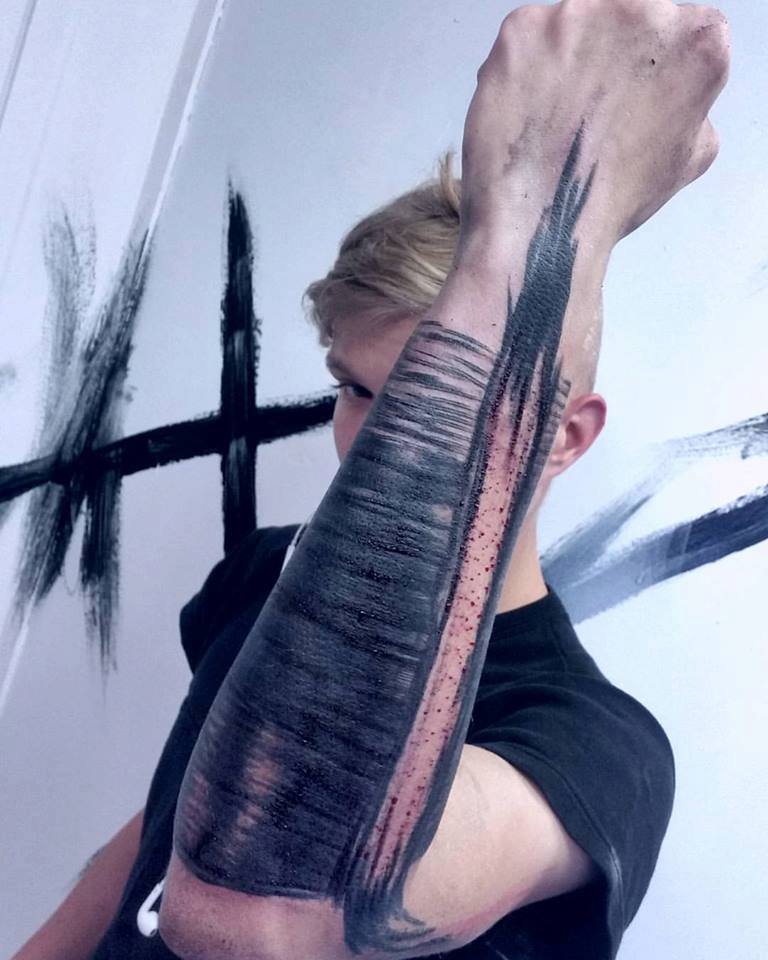 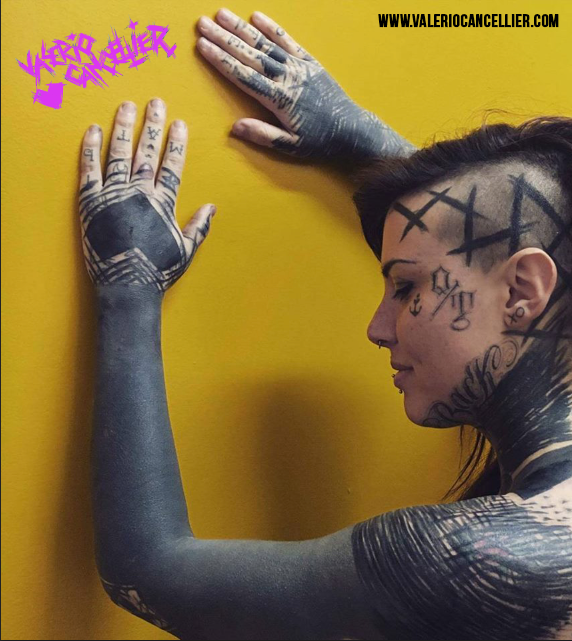 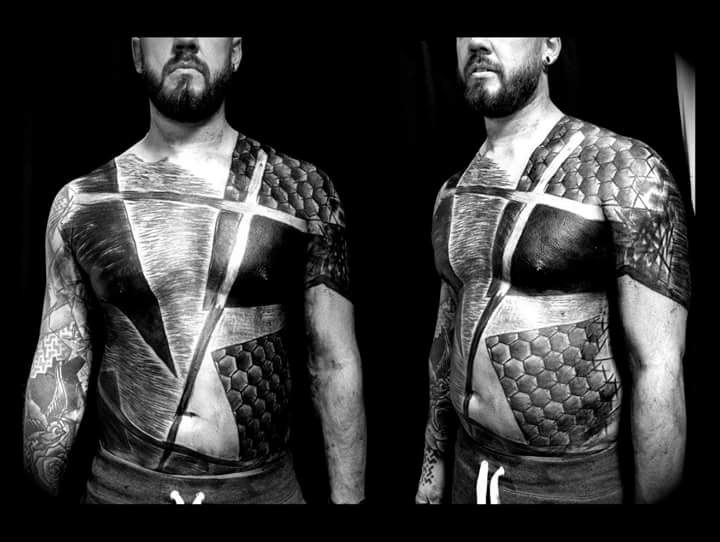 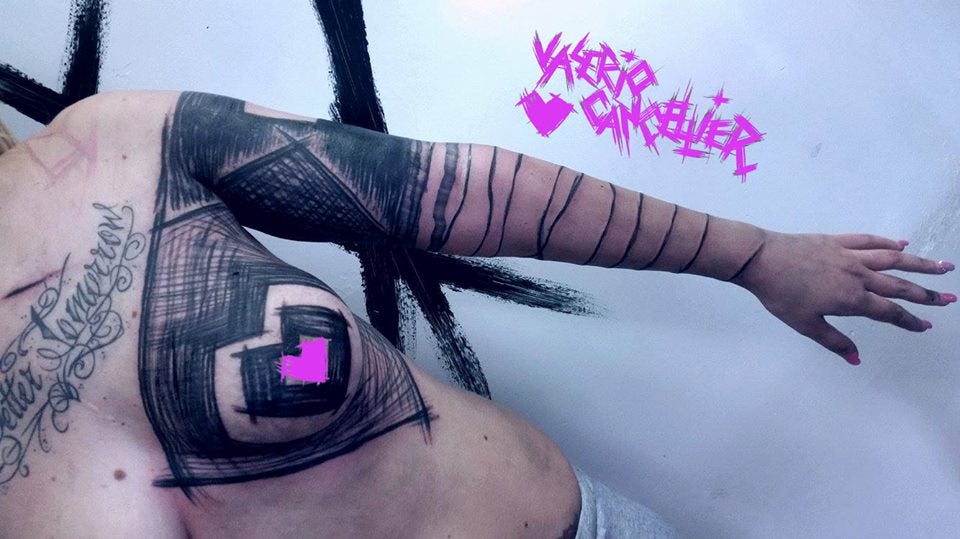 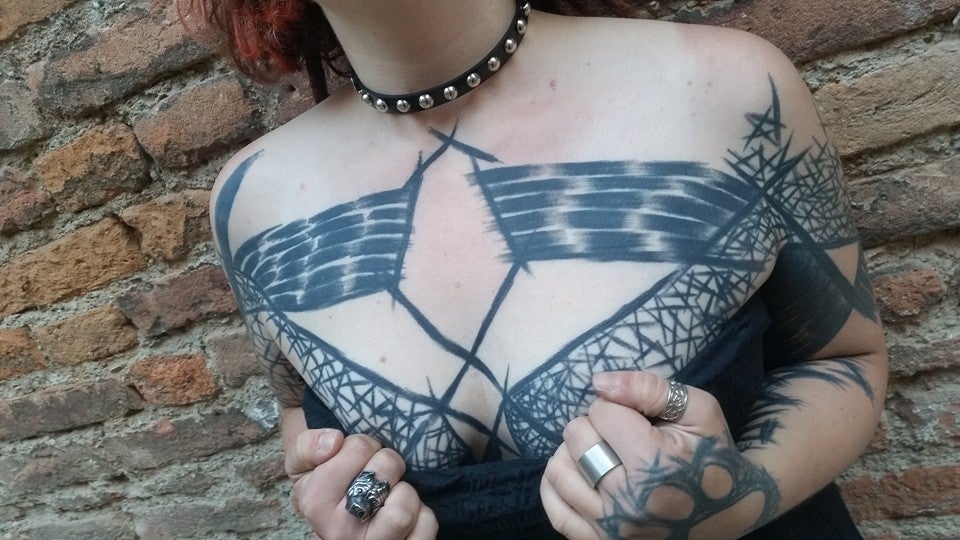 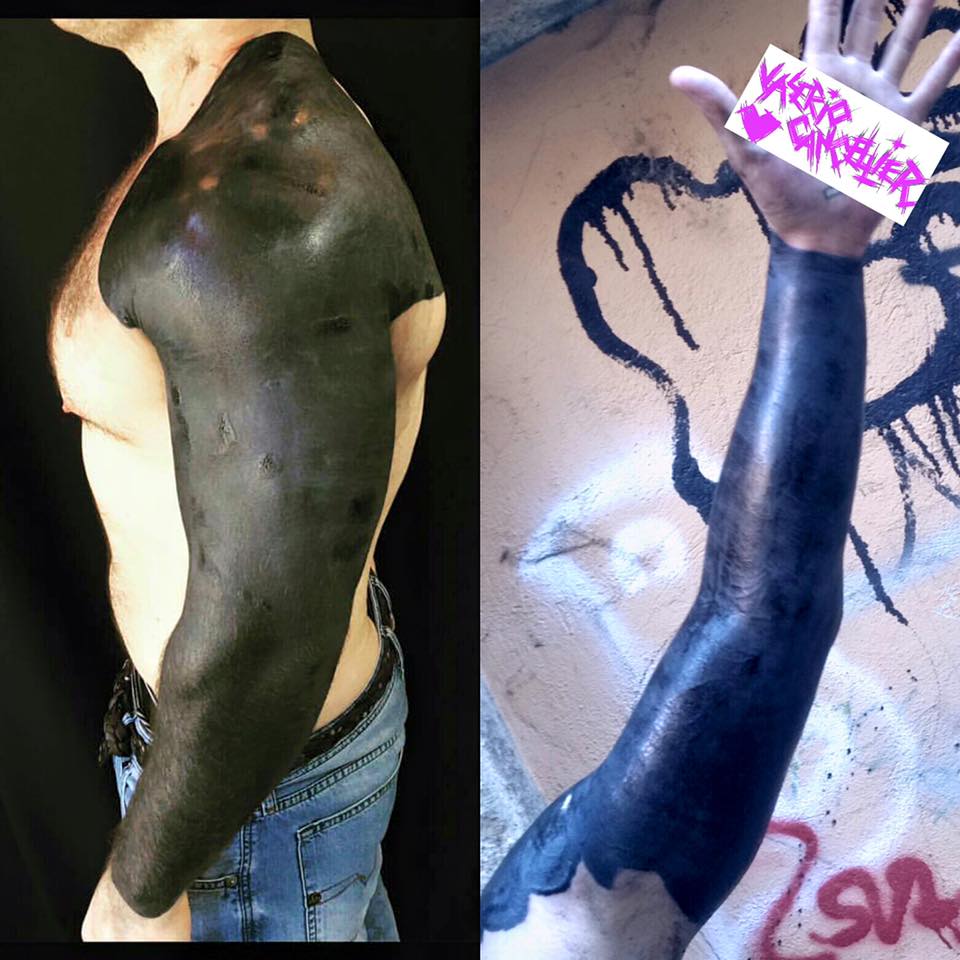 We can’t begin to imagine the level of pain these brave (and possibly masochistic) individuals had to endure to get these tattoos done. Now, we’ve got to ask, are you strong enough to endure this kind of torture on your body for a tattoo?