Last Saturday at the Circuit Event Grounds, fans from all over the Philippines and around Asia gathered to see four sought-after K-Pop acts perform on one stage. After four years, All Access Production brought back music festival K-Pop Republic 2 with an impressive roster made up of the hottest acts from this generation of Korean idols: NCT 127, GFriend, Cosmic Girls (WJSN), and N.Flying. 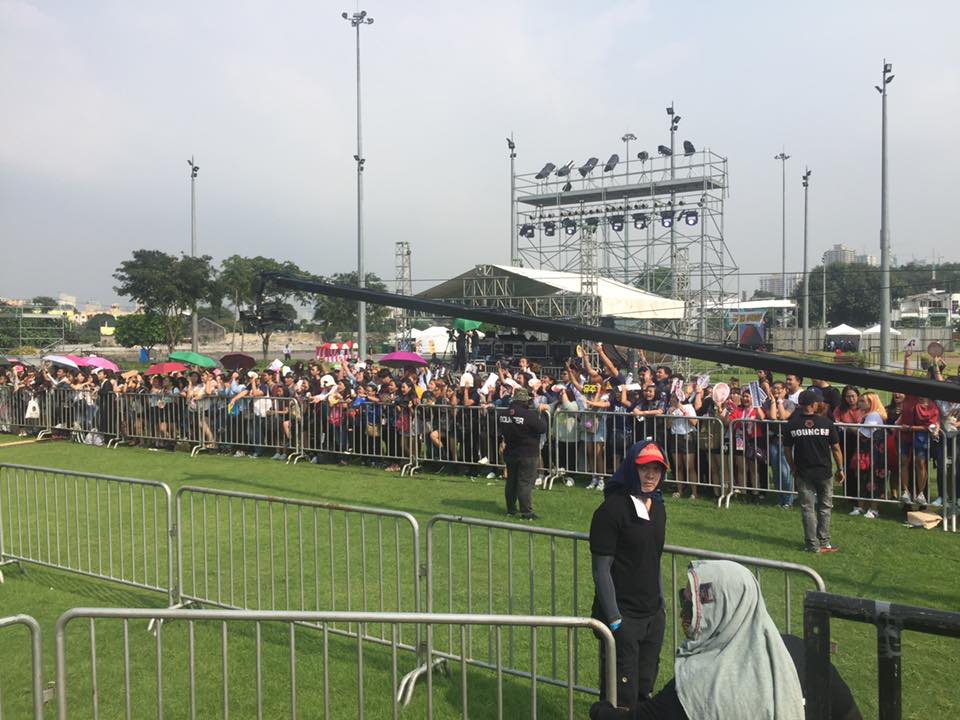 As early as 11:00 am, fans gathered at the venue hoping to catch a glimpse of the idols. Many fans bought and exchanged fan-made banners, printed fans and headbands, lightsticks, stickers, and other fan items to show their support for their favorite artists. Fans were also encouraged to partake of the food, drink, and merchandise stalls as well as participate on the open stage. A few brave fans sang and danced to the their idol’s songs while waiting for the concert to begin. Minutes before the start of the show, some lucky NCTzens very briefly gathered on stage to wish NCT 127’s Yuta and Winwin a happy birthday with a song and cake.

GFriend started the party with their retro, synth-driven hit, “Navillera,” lighting up the main stage. With hit songs such a “Me Gustas Tu,” “Rough,” and “Love Whisper,” the girls danced their “knife-like,” sharp choreography to energetic bubblegum pop songs with a twist. Youngest member and vocalist Umji says she and the other girls still remember the fan project and support banners that Filipino Buddies prepared for them for their fan meeting last year. Leader Sowon mentioned that they are already preparing for their next comeback coming very soon.

Next on the stage is N.Flying from FNC Entertainment, home to bands like F.T.Island, AOA, and Filipino favorite C.N.Blue. The band recently added a new member Hweseung from the hit survival show Produce 101. His powerful vocals along with N.Flying’s blend of pop rock and rap is a fresh and welcome sound in the ever-changing K-Pop scene. Leader and rapper Seunghyub told the Filipino N.Fia’s, “You were all waiting for us, right? We were waiting for you too!” From their dark and heavy debut song “Awesome” to their latest hit “The Real,” N.Fia’s are now waiting to see what kind of music the boys will release next.

The biggest group in attendance, Cosmic Girls (WJSN), filled the stage with 13 girls all pretty in pink wearing cheerleader costumes. Keeping the crowd’s energy up, they opened their set with their latest release, “Happy.” Eunseo explained later that the song is about sharing their “happy virus”—most easily heard by way of the passionate cheers from male Ujungs. As for the female Ujungs, the girls prepared the fiercer “Catch Me” which has a “girl crush” concept. However, when asked which song of theirs is their favorite, they unanimously answered with the sweet, magical girl anime-inspired “Secret.”

Last on the K-Pop Republic stage and arguably the most anticipated act of the night, NCT 127 opens their set with a solo dance intro by Taeyong, their leader. NCT 127 stands out from the rest of SM Entertainment’s artist lineup because of their powerful choreography and hip hop-based sound anchored by rappers Taeyong and Mark. NCTzens cheered passionately and sang along to the explosive “Firetruck,” “Limitless,” and “Cherry Bomb” performances proving that NCT 127 are indeed “the biggest hits on the stage.” Jaehyun expressed that he and the boys were thankful for the NCTzens who got them the #1 spot on the MYX International Top 20 chart and to look forward to their future performances. 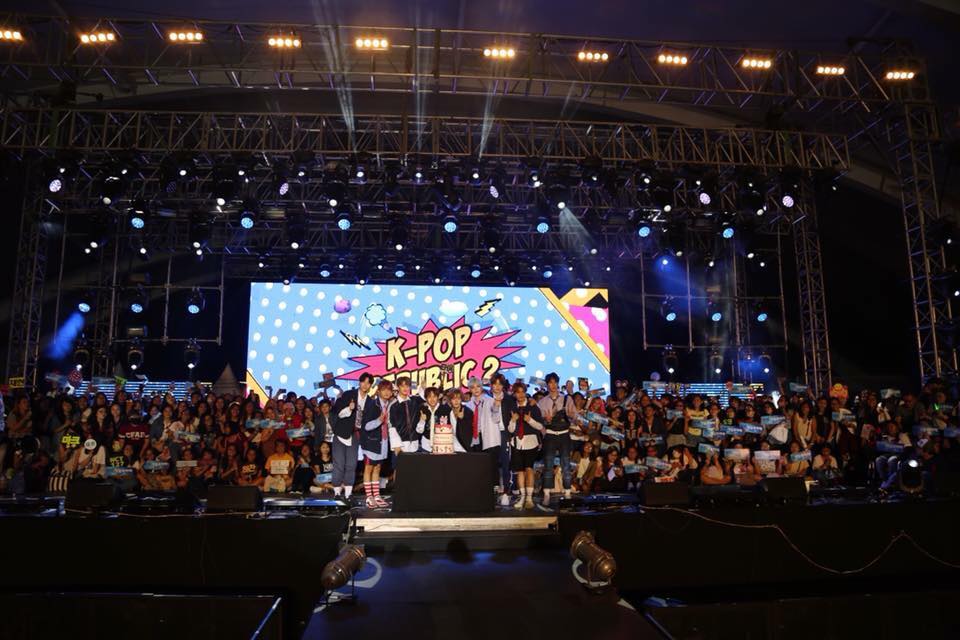 Ending the night was a short encore stage where all the artists (excluding GFriend) spent a few more moments on stage thanking and waving goodbye to their fans, even taking videos and selfies with their