IN PHOTOS: David Archuleta makes fans swoon with his comeback concert in the Philippines

When you hear the name, David Archuleta, you’d think of American Idol — the show, wherein he was runner-up to winner, David Cook in the 7th season. But since his stint on Idol, Archuleta has gone on to make more music and establish himself as one of the country’s most beloved artists. 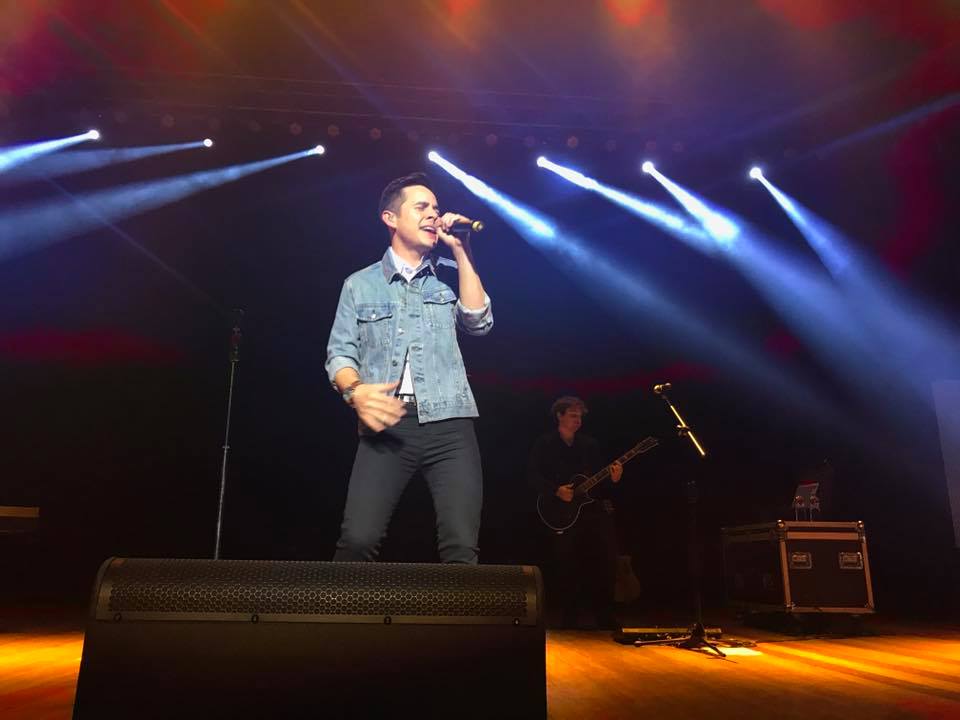 Archuleta has released 6 albums since his debut on the hit reality show. His 7th album, Postcards in the Sky was released last October 20 — the same day as his concert in the Philippines. And on that day, David Archuleta fans had one epic night of great music, nostalgic feels and more heartfelt performances from the American singer!

Here are some highlights from that night:

A preview of Postcards in the Sky

Considering the fact that his latest album was released on the same day as his PH concert, David Archuleta couldn’t help but give fans a preview of his newest tracks. So, he performed songs like Up All Night, Invincible, Spotlight Down and I’m Ready from Postcards in the Sky.

"I'm standing now, spotlight down…" ❤@DavidArchie wows us with this song! #DavidArchuletaMNL pic.twitter.com/I0LuP13pjr

Here are a few snippets from his performances:

David Archuleta not only expressed his fondness of OPM but commended Filipino singers as some of the “best singers he’s ever heard.”  In fact, he invited rising star, Tippy Dos Santos to perform alongside him in this killer performance:

Later in the night, Archuleta treated Pinoy fans with OPM songs like Forevermore and Nandito Ako — the latter of which made him very emotional.

Throwback to his classic hits

If you were a fan of Archuleta’s earlier albums then this concert would be the perfect treat for you!

David Archuleta took it back to 2008 and 2010 with performances of A Little Too Not Over You, Touch My Hand, Crush and My Kind of Perfect.

.@DavidArchie throws it back with "Touch My Hand" 👐 #DavidArchuletaMNL pic.twitter.com/7lm0O5jyLs

He even brought back all our childhood memories when he sang He Lives in You from Disney’s The Lion King 2.

.@DavidArchie makes Disney fans go wild with his cover of Lion King's "He Lives In You" 👏 #DavidArchuletaMNL pic.twitter.com/Bs46Egb1P2

We’re incredibly happy to be a part of David Archuleta’s comeback to music and we definitely can’t wait for his next concert here! Until next time, David 😉