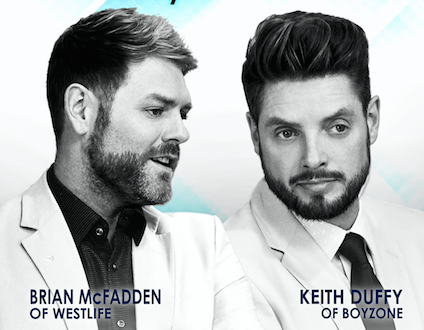 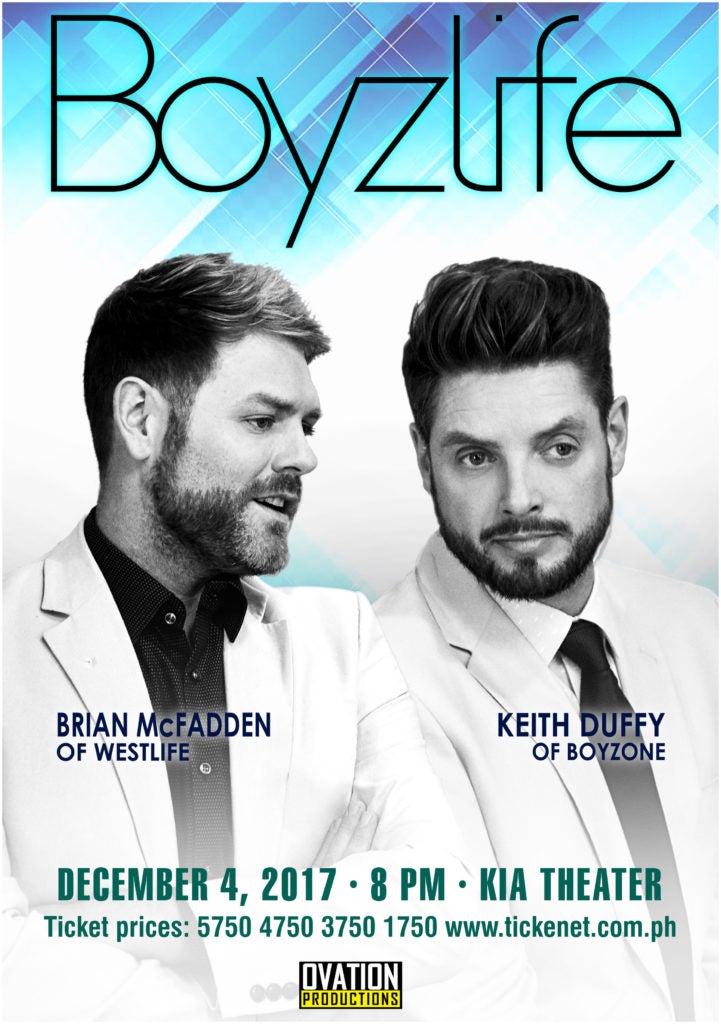 Boyzlife is the thrilling untold story of life in two of the world’s biggest boybands, with the lifelong friends walking the audience through their lives – captivating tales of the highs, the lows and of course weaved in between the stories will be an intimate performance including a selection of their biggest hits that forged their careers! Boyzlife has been selling out all their special intimate performances since their formation in 2016.

During Brian’s time in Westlife the band secured a record 7 straight Number 1 singles, 12 UK & Ireland Number 1 singles in total, 4 Number 1 Albums, x3 Record of the Year Awards, x2 MTV Europe Music Award, x1 Brit Award and countless others. Sales during this time reached in excess of 30 million. Among Westlife’s chartbusting singles are; “Swear It Again”, “My Love”, “Fool Again”, “Queen of My Heart”, “I Have A dream”, “Uptown Girl”, “I Need You”, “Soledad”, “All or Nothing”, “Seasons In The Sun”, and many more! Brian’s debut solo single ‘Real To Me’ topped the charts in the UK, Ireland and across Europe, becoming one of the biggest radio airplay hits that year across the continent. Brian followed this up with a further three solo Number 1 singles and platinum status in Australia where he resided.

As a member of Boyzone, Keith has enjoyed incredible success, with the band being Europe’s most successful boyband during the second half of the 1990’s and the success has continued for many years. Achieving 6 UK Number 1 singles – with 16 of their first 17 singles going Top 5 in the UK Charts – it cemented Boyzone as the first Irish group to top the UK charts so regularly. 5 Number 1 albums were secured and over 25 million records sold worldwide. Some of the group’s greatest hits are No Matter What, I Love The Way You Love Me, Words, Baby Can I Hold You, Love Me For A Reason, among others.

Brian and Keith will sing the greatest hits of Boyzone and Westlife as they perform live in Manila on December 4 at the Kia Theater, presented by Ovation Productions. Ticket prices are P5750, 4750, 3750, 1750 and are available starting October 26 via www.ticketnet.com.ph and all regular ticketnet outlets. 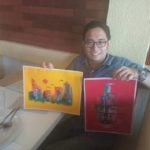 Art Angel of Marawi: Paintings to help children in conflict 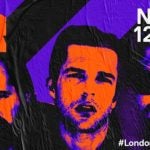 Demi Lovato, Shawn Mendes, Camila Cabello, Kesha and The Killers set to perform at The 2017 MTV EMAs live from London