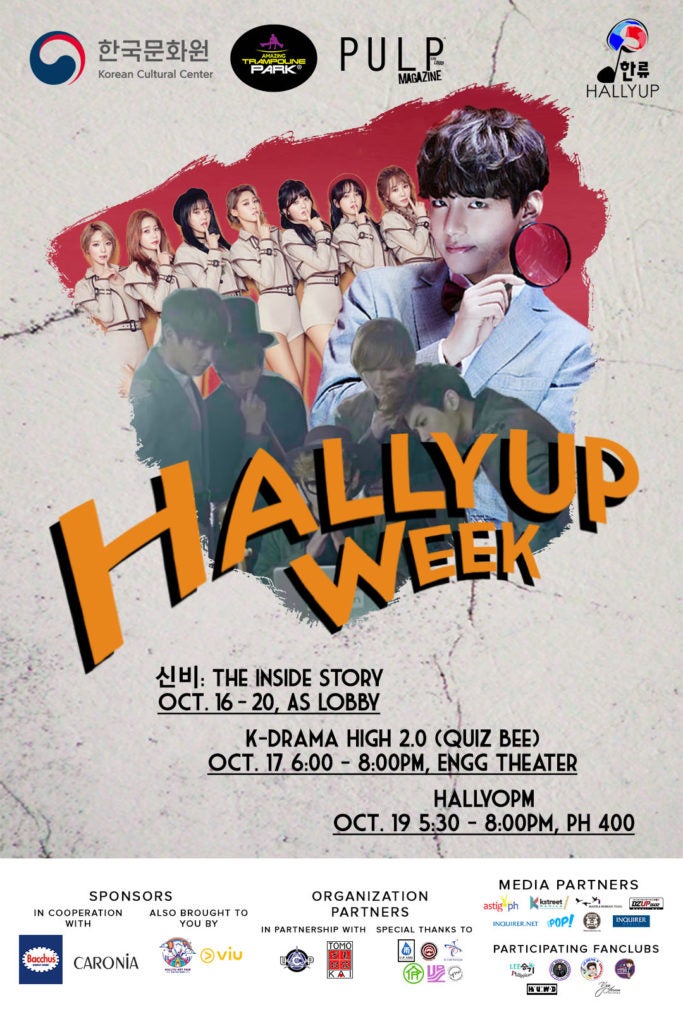 University of the Philippines Society of Students for Korean Popular Culture, also known as HallyUP, invites all K-Pop and K-drama enthusiasts to “HallyUP Week – 신비 (Mystery): The Inside Story” this October 17-20, 2017.

On its sixth year as the premier K-pop organization in the University of the Philippines Diliman, HallyUP is holding this event to share the Hallyu Wave to fellow fans inside and outside the university.

Get to know the members and the organization through the exhibit that will run for the whole duration of HallyUP Week, in the Palma Hall Lobby.

Lastly, HallyUP Week wouldn’t be complete without K-Pop! Prepare for a night of performances appreciating K-Pop and OPM on October 19, Thursday, in “HallyOPM 5: Unveiling 비밀 (Secrets),”

HallyUP Week
K-pop
University of the Philippines Society of Students for Korean Popular Culture
INQPOP! Stories we think you might also like: