Cloud 9 didn’t disappoint as the competitors were treated to glassy barreling goodness for the first half of the day’s competition, and then side shore winds in the afternoon session that presented them with aerial maneuver opportunities, allowing the remaining heats of Round 2 and all of Round 3 to be completed yesterday. 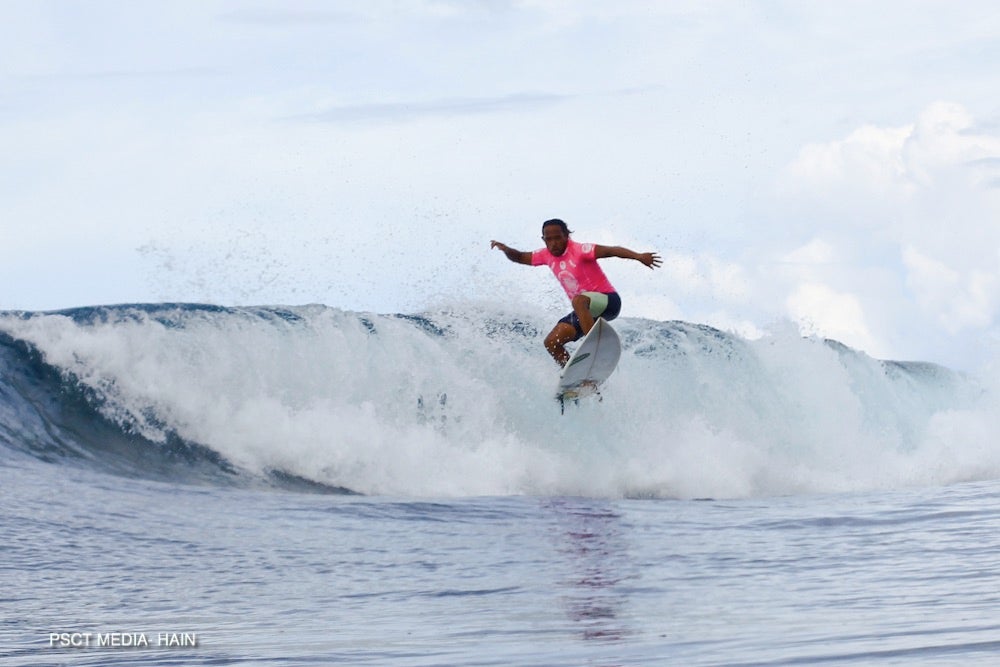 Jefferson Dela Torre from Baler/La Union put on an exciting performance against younger surfers Remar Magaluna, Peter Paul Alipayo and MikeCanon in his afternoon heat.  A veteran of Philippine surfing competitions, Dela Torre has been competing in local and international surfing competitions for more than 10 years now and had to use all of his hard earned experience to get through his heat against the talented young locals he was up against. He was being selective and got behind early but managed to land an airdrop floater a few minutes before the heat ended to get himself from last place into the lead.  And even though on the last wave of the heat, Remar Magaluna scored high enough to snatch the lead from Dela Torre; both surfers advanced into Round 4.

“Since Junior ako, sumasali na ‘ko ng surf competitions dito sa Siargao.  Napakalaki ng improvement sa judging kumpara mo sa mga datingnational surfing competitions saka yung malalaman mo kagad yun puntos mo kahit nasa line up ka pa. Hindi mahihirapan o manghuhula yun mga competitor about sa score nila, kung nag progress ba sila o hindi. Nung nakalaban ko yun mga batang surfers, nahirapan din ako kasi maliit yun alon saka tumaba din ako kaya kailangan ko magbawas ng timbang.” (Since I was a junior surfer, I have been joining surfing competitions here in Siargao. There are so many improvements in the judging today compared to previous national surfing competitions, so now you know what your score is even when you are in the line up. It’s easier because you don’t need to guess what the other competitors’ scores are, whether they are progressing or not. During my heat with the younger surfers, it was difficult because the waves were small and I’ve gained weight so I need to lose some.) 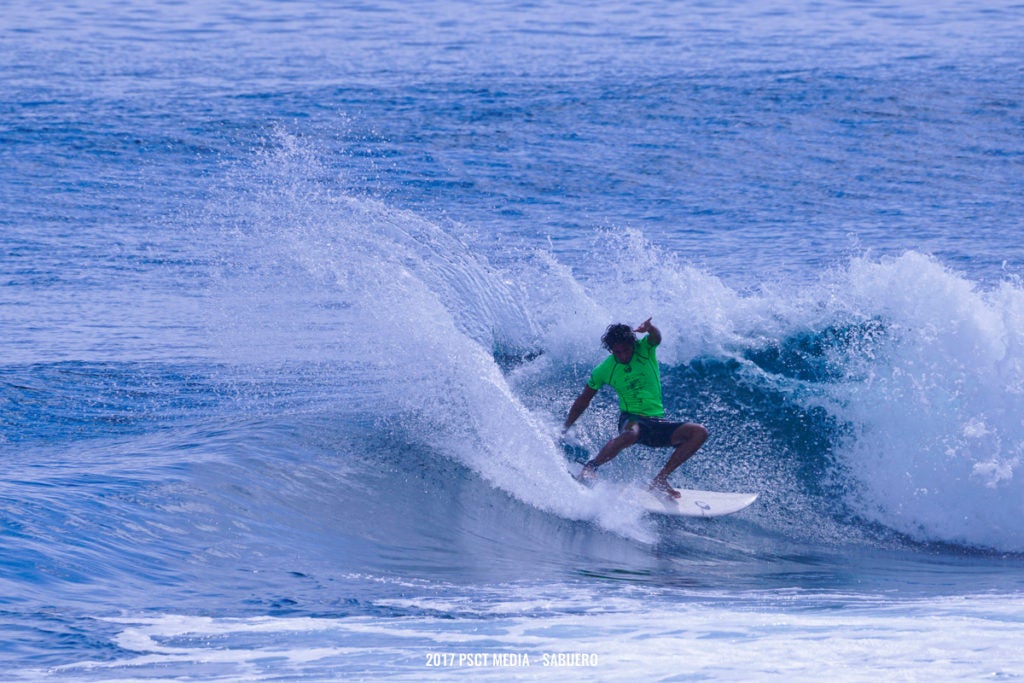 2016 Siargao National Surfing Cup champion John Mark Tokong posted the highest total heat score of the day in Round 4 as the day was ending while it was pouring down rain. The judges rewarded him with a total heat score of 15.00 after he landed several aerials together with some smoothly executed combinations of maneuvers.

Davao surfer and professional skimboarder Sonny Boy Aporbo took advantage of his unique skills honed by surfing finless skimboards in his hometown, Mati, Davao Oriental to progress into Round 5. 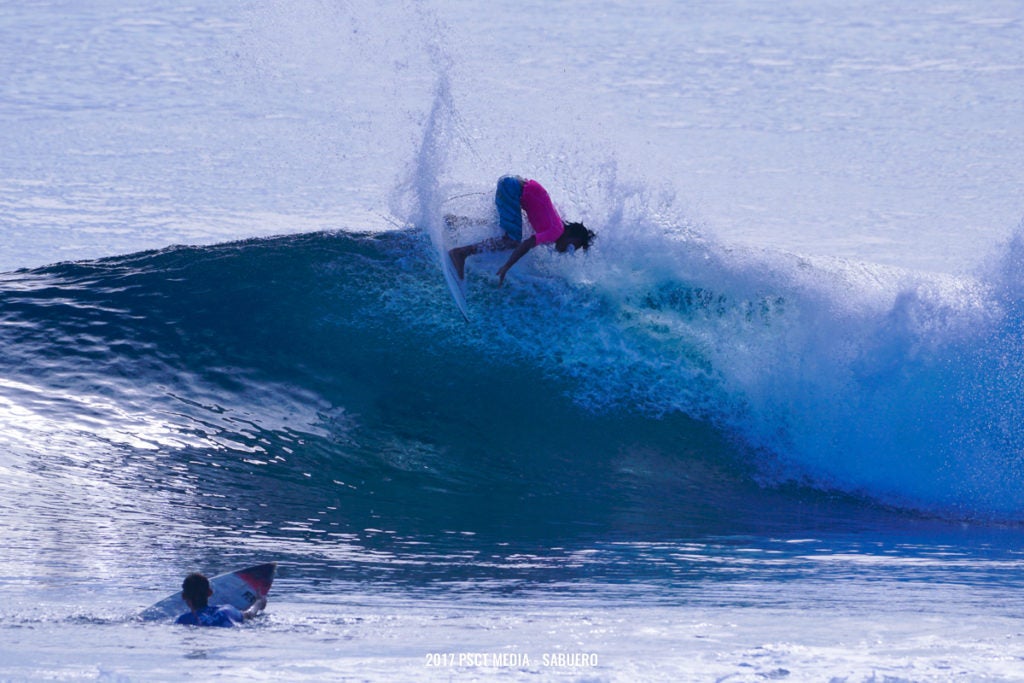 “First time ko makapag surf sa Cloud 9 kaya hindi ko pa kabisado ‘yung alon. Gusto ko rin maka-ride sa barrel. Maganda dito sa Siargao kaya sigurado babalik ako next year.” (This is my first time to surf here in Cloud 9 that’s why I don’t know the wave very well yet. I really wanted to get barreled here. Siargao is such a beautiful place, and for sure I’ll be back next year.), said Aporbo.

The Top 16 surfers who competed in the WSL Qualifying Series last year were automatically seeded in Round 4 of the contest so today we will witness an epic battle of the best Filipino surfers as they compete for a spot in the upcoming money rounds (Quarterfinals, Semi Finals and Finals). 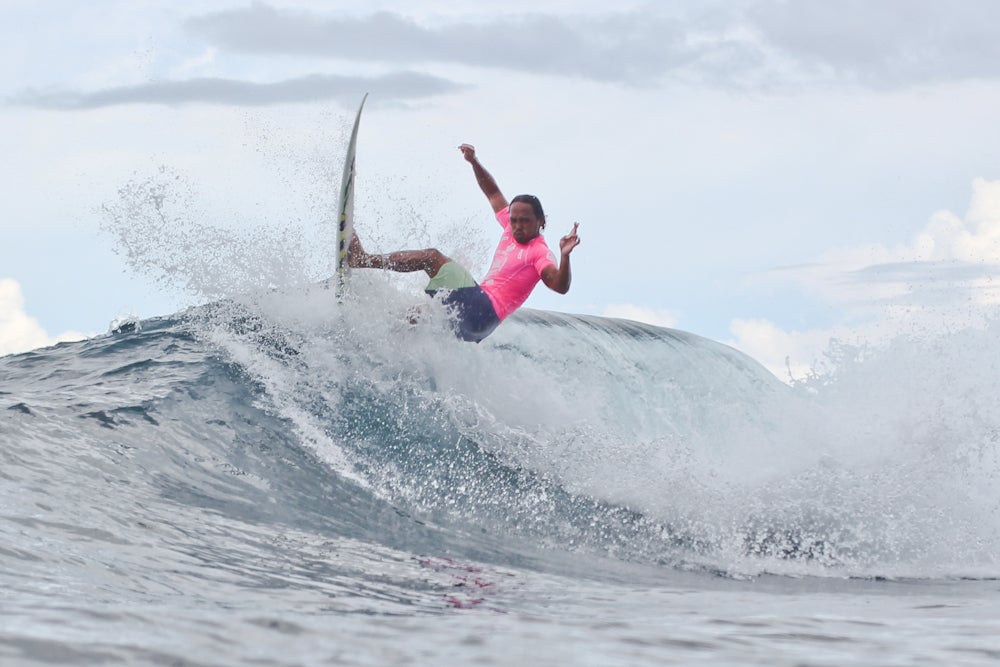