The first leg of the Philippine Surfing Championship Tour (PSCT), the 19th Siargao National Surfing Cup, kicked off yesterday with a total of 186 surfers from different regions in the country.

The first day was spent qualifying 18-and-under surfers, the top 12 of which will advance to the main Men’s Open division. With 1 to 2 feet waves on offer, the day’s action began when crowd favorite, 8 year old Kaikai Alcala, the youngest competitor in the contest, who showed everyone that he shouldn’t be underestimated because of his size as he competed against surfers twice as big as him. 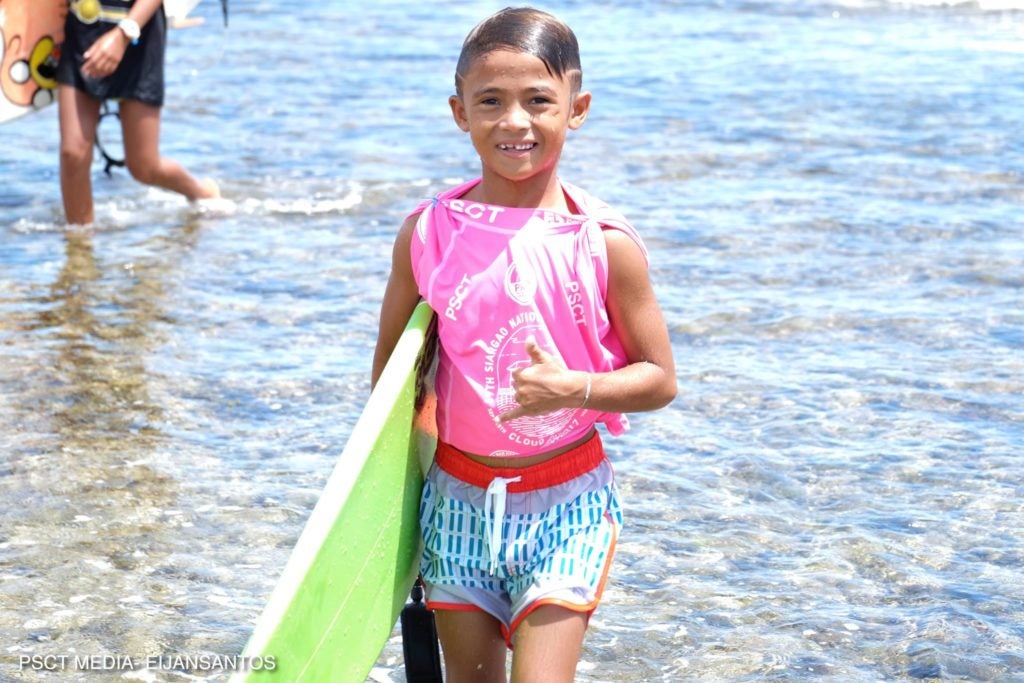 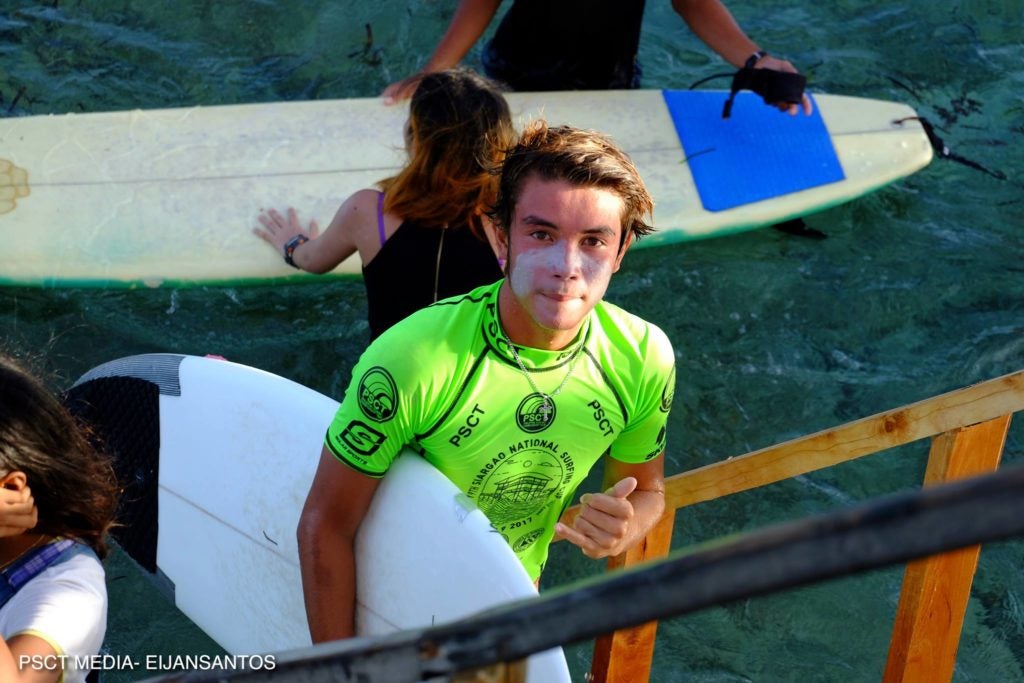 Alcala nabbed a clean overhead head wave (for him) during the last minute of his heat, posting a 5.25 score and snatching second place away from 17-year-old Brent Carlo Manegdeg, while Wawa Delamide put up a dominating performance and easily secured his first place spot. 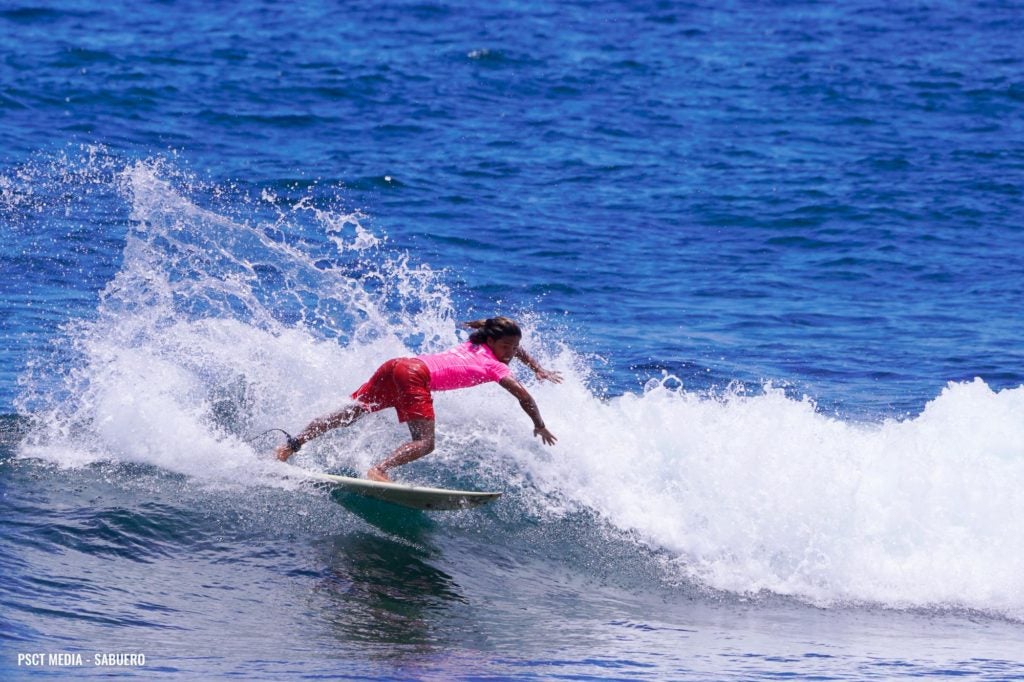 18-year-old Mike Canon from Barangay Catangnan, General Luna, Siargao displayed an impressive performance during the first round of the contest, posting the highest single wave score of 8.00 against fellow Siargaonon surfers Jomar Saavedra, Jimmy Gultian and Thark Alipayo. The intensity was felt at the Cloud 9 tower when Canon showed his prowess in the second round by putting together powerful combinations of turns to seal his victory. Canon earned the highest combined score of 12.25 (out of a possible 20 points) of the day’s competition. 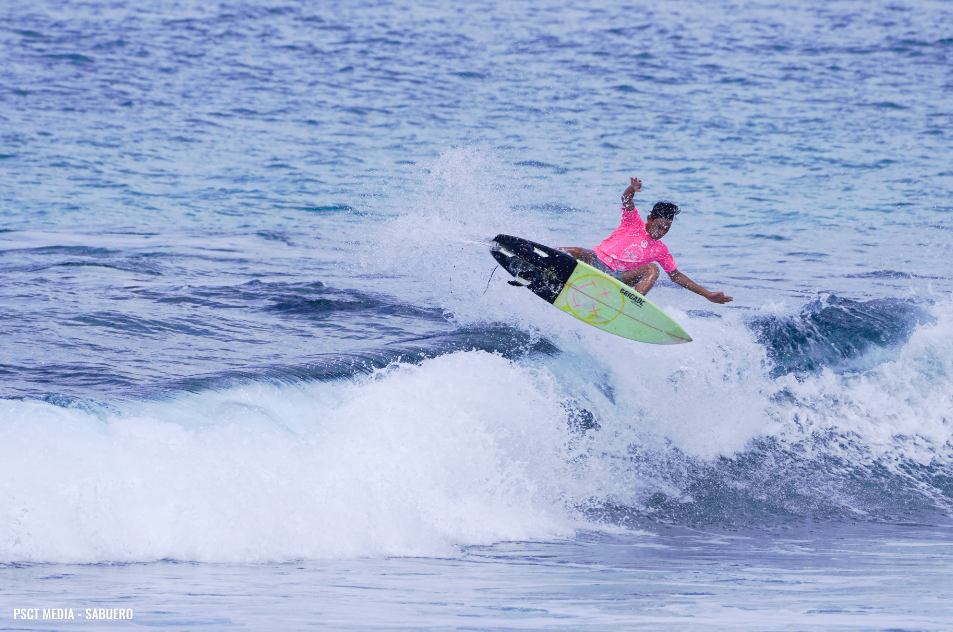 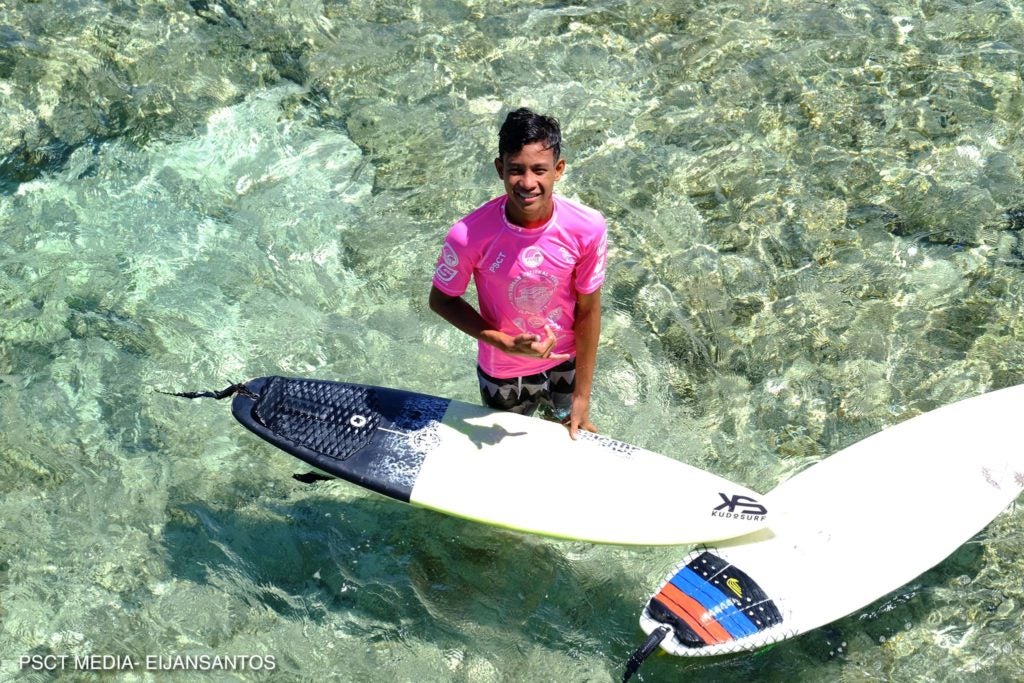 14-year-old Gabriel Lerog and John Carlos Nogalo shook up the competition when they put on an outstanding show, exchanging snaps and cut backs during their first round heat. The spectators at the tower went crazy when Lerog landed an air reverse, the only completed aerial of the day. The judges rewarded him with a 7.25 score, which gave him the lead against John Carlos Nogalo to win the heat. 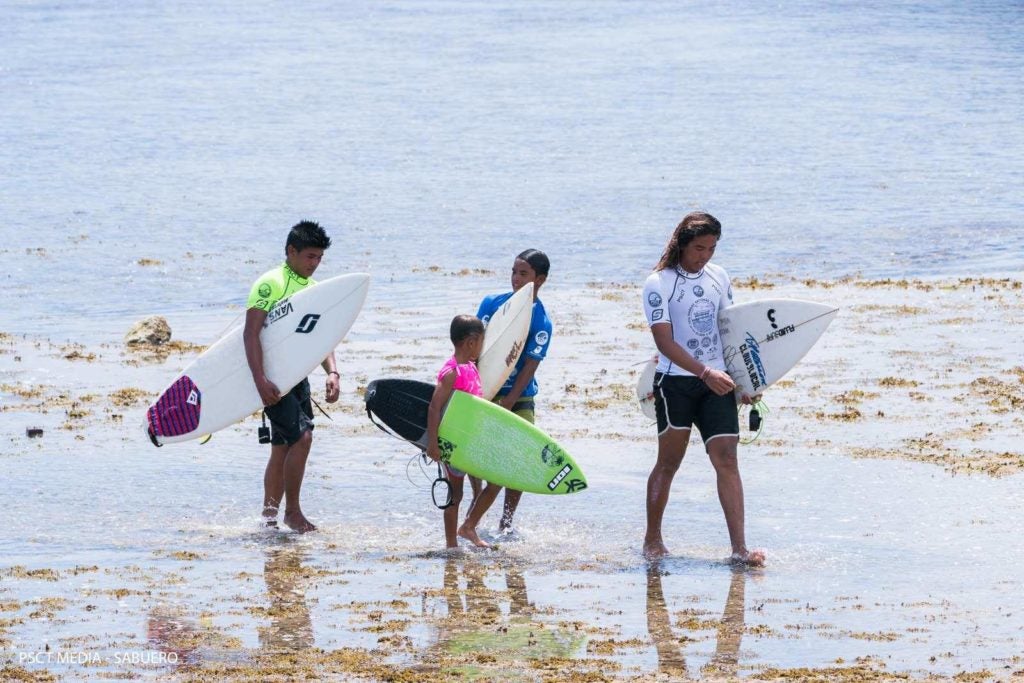 Unfortunately, Nogalo came up short against Gabriel Lerog and Kent Brian Solloso during Round 2, failing to advance. Nogalo was in the lead for the majority of the heat, but Solloso’s consistent performance with huge combinations of snaps and cutbacks got him into the lead and earned him the heat win. 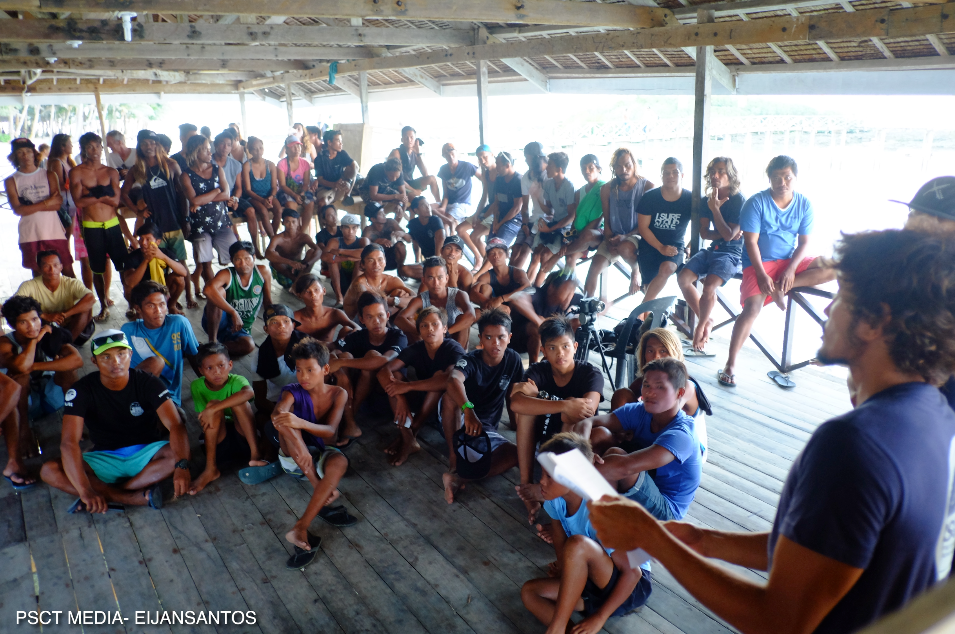 Day One of the 19th Siargao National Surfing Cup saw a record-breaking number of competitors registering for the event, with a total of 186 surfers from areas such as La Union, Baler, Zambales, Catanduanes, Pagudpud, Cebu, Lanuza, Davao and Siargao. 49 of those aspiring competitors were 18 years old and below. Thus, due to the unexpected large number of registrants, PSCT officials decided to have an 18-and-under qualifying round to choose the top 12 who will advance to the main Men’s Open round.

With a swell forecast of 1 to 2 feet for the second day, PSCT officials have decided to commence Round 1 at 6:00 am. We will witness the Philippines best surfers in action, battling it out for the 19th Siargao National Surfing Cup title and to be the first winner of the Philippine Surfing Championship Tour.